Foodborne diseases are a major health burden worldwide, affecting around 600 million people each year with hundreds of thousands of deaths.

Foodborne bacteria and their toxins can cause diarrhoea and vomiting by damaging the intestinal lining and triggering inflammation. If the bacteria break through the intestinal lining into the bloodstream, they can cause septic shock and death. Antibiotic resistance is a serious problem that prevents effective treatment of these dangerous bacteria. More knowledge on how the immune system fights these disease-causing bacteria will help us to develop alternative treatments.

Prof. Si Ming Man and his team at the Australian National University (ANU) have identified a toxin called HBL, produced by the widespread foodborne bacteria, Bacillus cereus. These bacteria attack the intestinal lining causing diarrhoea and vomiting but if the bacteria get through into the blood stream the resulting septic shock can be fatal.

Immune cells called macrophages are the key to the lethality. These macrophages exist in tissues, including the intestine, and the blood (where they are called monocytes). When the toxin enters the macrophages, as well as forming holes in the membrane, which will lead to the cell’s death, it triggers a sensor that alerts the rest of the immune system to come and attack the bacteria. As long as the bacteria stay contained in the intestine, this gut-based immune response will eventually overwhelm the bacteria and the person recovers. However, if the bacteria reach the blood, the HBL toxin they release will attack other cells around the body, including many more macrophages/monocytes. This reaction causes massive inflammation all over the body, which can cause septic shock and death. This is when the inflammation needs to be stopped. 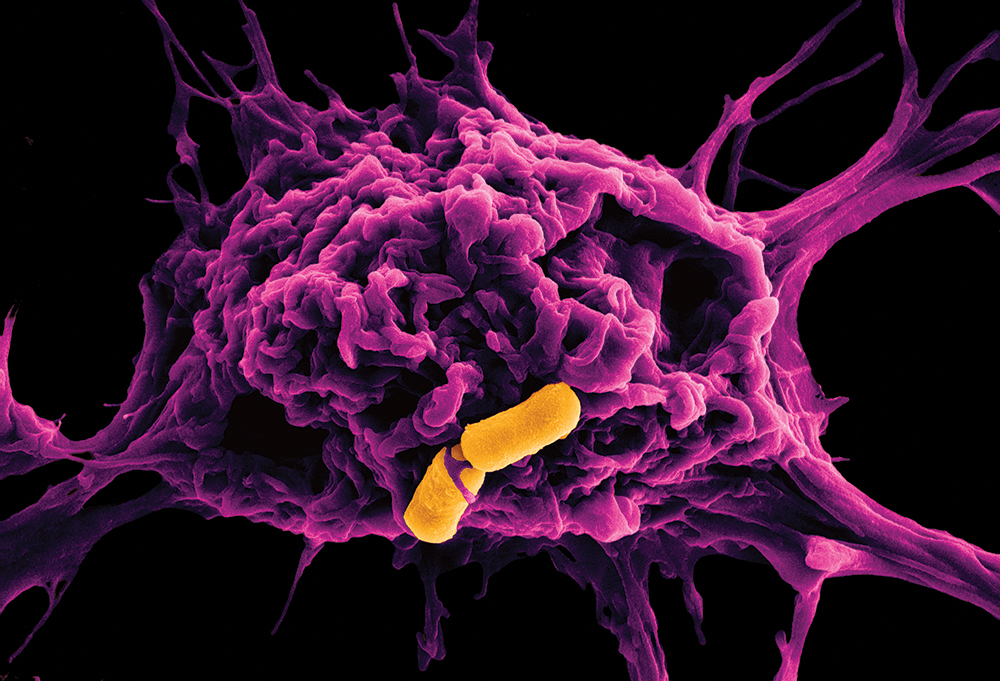 By connecting the action of the B. cereus HBL toxin with the sensor inside the macrophages, the researchers have identified that a molecule called MCC950 blocks the sensor and completely prevents death from B. cereus infection in mice.