While we understand both the bleaching process and the result of bleaching, there is a gap in understand of what happens in the period before bleaching. A new study by an international team of researchers fills this gap by, for the first time, observing the chemical changes within corals in the weeks before a bleaching event. This information will allow us to better predict which reefs, and coral species, are most at risk of bleaching.

Corals are given their colour by symbiotic algae that live within them. These algae provide the nutrients that corals need to survive. When the algae and coral are exposed to above average temperatures they get stressed and after a period of time the algae will be expelled, causing bleaching.

The research team lead by Dr Nils Rädecker and A/Prof. Christian Voolstra, and which included two Microscopy Australia staff members Jeremy Bougoure and Dr Paul Guagliardo, used the nanoSIMS instrument at our University of Western Australia facility to see how the balance of nutrients, and other small molecules, in the corals and symbiotic algae changed over time in response to heat stress before bleaching. For the first time, they could observe the preliminary changes in metabolism that lead to bleaching. 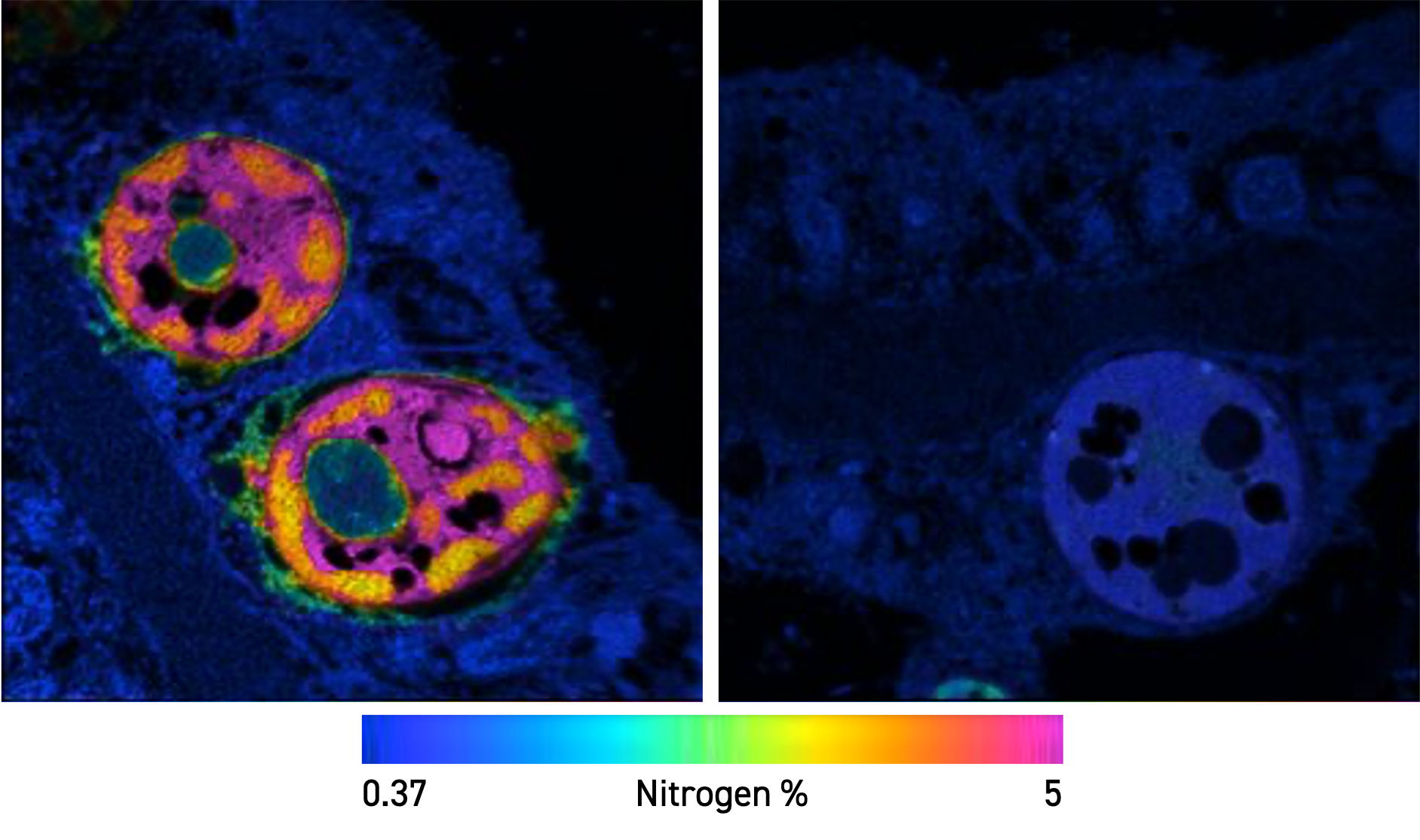 NanoSIMS image shows nitrogen levels in coral. The left image is of the control sample. The glowing circular objects are the symbiotic algae and the blue surrounding it is the coral. On the right is the coral and algae after being exposed to heat stress for ten days.

“We showed for the first time that the coral starts to suffer from hunger long before the algae are expelled. The algae apparently stop providing sufficient nutrients while they are still inside the coral tissue,” says Nils Rädecker.

“Based on what we found, we can determine which environmental conditions other than temperature (such as water quality) that stress the corals in a reef, and use this information to predict whether the reef will bleach. Our findings can also be used to identify corals that are particularly resistant to bleaching, like those in the Gulf of Aqaba and elsewhere in the Red Sea. That will tell scientists which reefs should be protected because they have a better chance of survival,” says Rädecker. 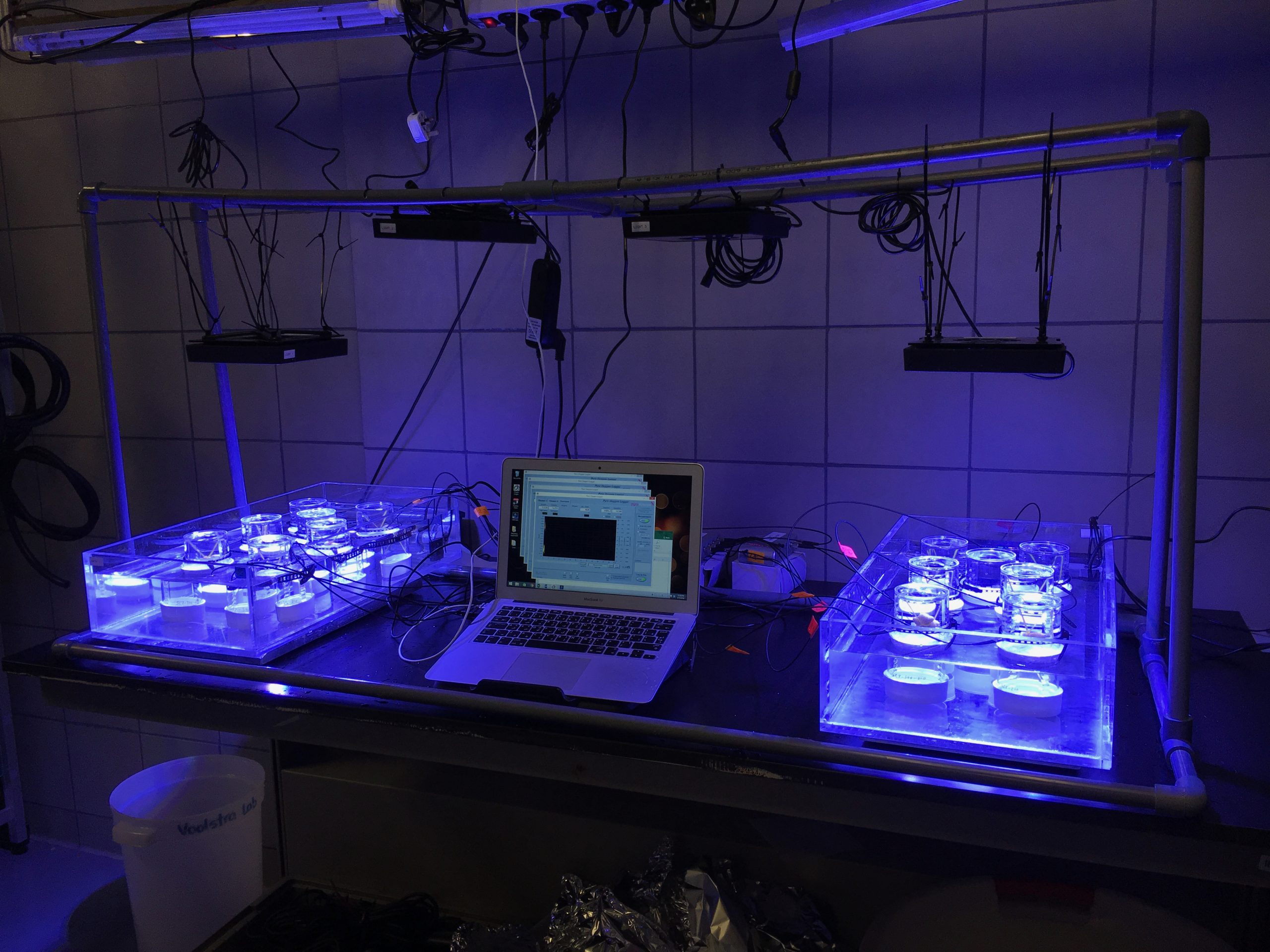 The experimental set up for heat stressing the corals © Nils Rädecker