Whitefly is one of the most costly agricultural pests in the world with very limited treatment options. Now, a new pesticide that uses RNA to only target whitefly could prevent billions of dollars in crop losses, with no impact on the surrounding environment.

Plant pests and pathogens are a major challenge for agricultural productivity, resulting in annual crop losses of up to 40% worldwide. The whitefly is one of these pests, responsible for more than $430 million in annual global damage alone. They carry and transmit over 200 different plant viruses, injecting toxic saliva, and producing a sticky substance, known as honeydew, that causes sooty mould to develop on crops.

Treating a whitefly infestation is a unique challenge. Insecticides are only effective on adult whitefly and have been shown to have little long-term impact on infestations, usually only aggravating the problem by wiping out competition and predators such as wasps. Due to this, the Queensland government currently advises against the use of insecticides to control whitefly despite the significant damage they cause to vegetable, cotton and grain crops.

A research team led by Prof. Neena Mitter at the University of Queensland has harnessed RNA to create an environmentally-friendly pesticide that only targets whitefly, and is effective at all life stages. Once ingested, the RNA pesticide “silences” target genes within the whitefly resulting in death or an inability to reproduce. 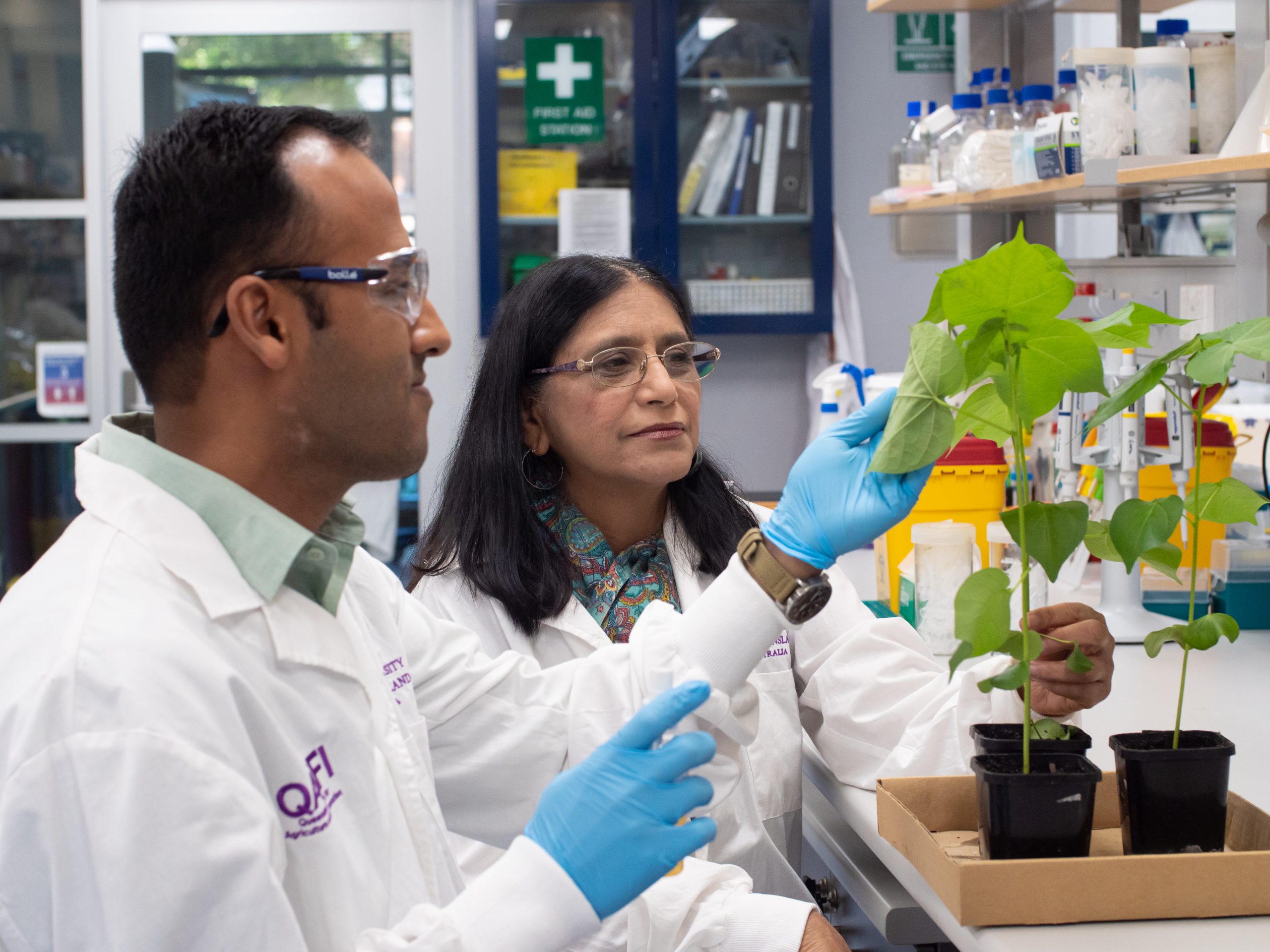 While RNA based pesticides have been in development for over a decade, a significant challenge has been holding them back. They are very fragile and breakdown too quickly to be effective. In order to deliver the RNA to the whitefly, it needs to be stable enough to persist until it can be consumed. The team found that by combining the RNA with a special clay, called BioClay, it significantly improved the RNA’s stability, resulting in the uptake required to make the pesticide viable for growers.

The team used scanning and transmission electron microscopes, along with elemental analysis, at our University of Queensland facility to better understand the components that make up the BioClay, and assess their ability to load and release the RNA pesticide. Microscopy was also used to demonstrate the longevity of the pesticide coating.

Prof Neena Mitter (third from left) and her research team.