Streptococcus pneumoniae, or pneumococcus, is the biggest bacterial killer on the planet and accounts for an estimated 1-2 million deaths a year.

It is the leading cause of pneumonia, meningitis, sepsis, and sinus and ear infections. These are treated with antibiotics, which in turn contribute to antibiotic resistance, one of the biggest threats to global health, food security, and development. The existing, expensive vaccine to pneumococcal infections only protects against 13 of the 98 identified strains.

The viral disease, influenza, predisposes patients to severe pneumococcal pneumonia and together these two pathogens caused up to 100 million deaths during the great ‘Spanish flu’ pandemic of 1918–1919.

Existing pneumococcal vaccines target the outside coat of complex carbohydrates that are unique to each pneumococcal strain. Prof. James Paton’s team at the University fo Adelaide has removed this coat to expose the underlying surface proteins, common to all pneumococcal types. These exposed proteins can generate immunity to all 98 pneumococcal strains.

The team had previously developed a new influenza A vaccine that gives broader protection than the current vaccines that need to be developed annually. In this vaccine the virus is inactivated using gamma (γ) irradiation. Gamma Vaccines Pty Ltd was formed to commercialise this.

A research collaboration between Prof. James Paton and Dr Mohammed Alsharifi from the University of Adelaide, and Gamma Vaccines Pty Ltd has resulted in a single vaccination approach being developed to simultaneously combat influenza and pneumococcal infections. They found that when these two vaccines were given together, they enhance each other’s immunogenicity.

GPN Vaccines Pty, a subsidiary of Gamma Vaccines, is commercialising the broad-spectrum pneumococcal vaccine and has completed successful pre-clinical trials as well as the scale-up to clinical grade manufacture of the vaccine for first-in-human clinical trials.

Transmission and scanning electron microscopy (TEM and SEM) at our University of Adelaide facility were used to support the development of both vaccines. TEM was used to compare the structure of the influenza virus after being inactivated using different methods, confirming the virus retained it’s structural integrity after γ-irradiation when treated with dry ice (image a), an indicator of likely success in clinical trials. It was also used to image the binding of irradiated influenza and pneumococci in the vaccines (image b, the small light circles are the influenza vaccine, the large dark shape is the pneumococcal vaccine) – a novel discovery which was published in Nature Microbiology. 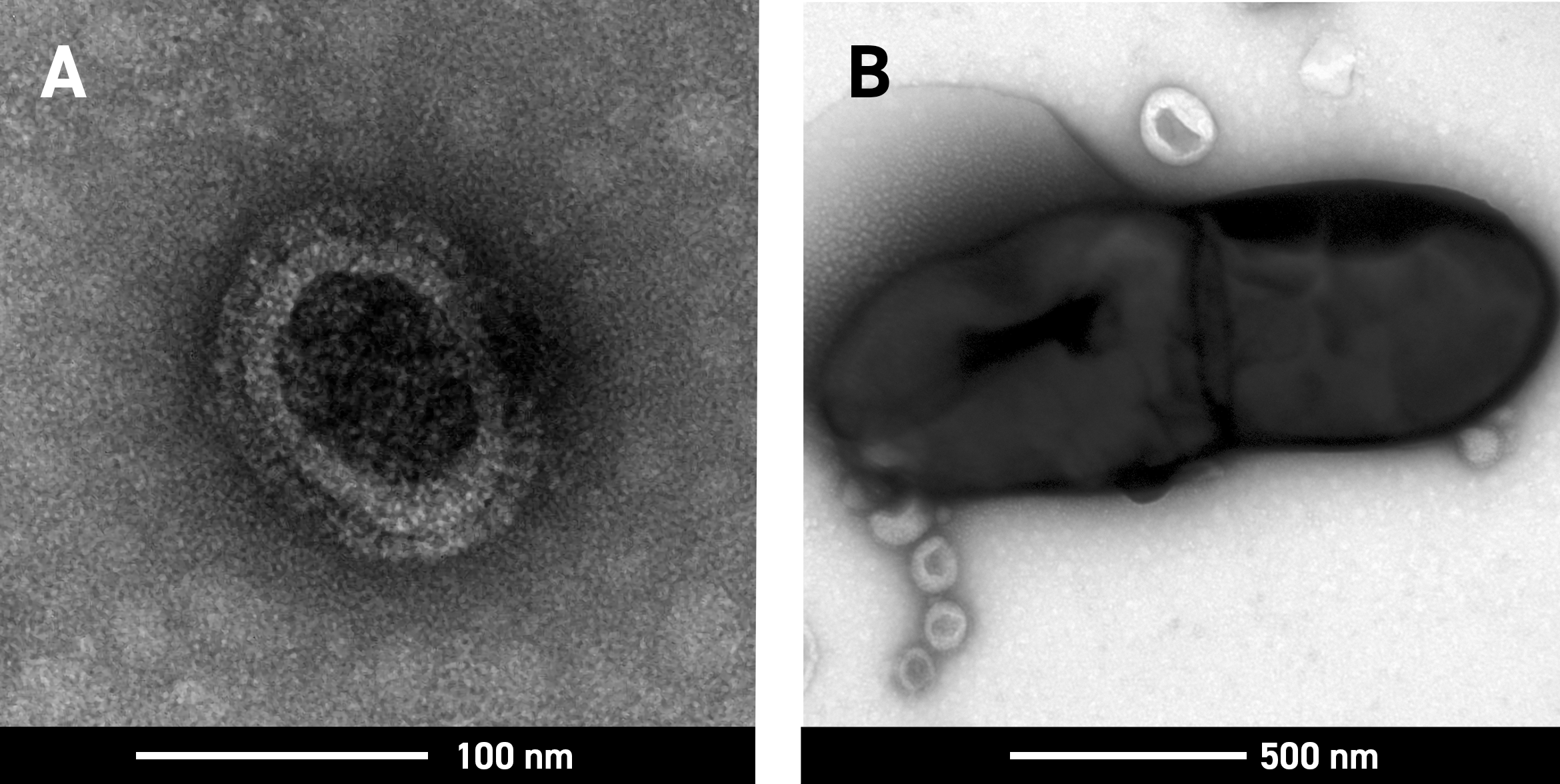 GPN Vaccines has recently raised $7M in a series 2 investment round and received a $1 million grant from the South Australian State Government for clinical trials.

“This funding will directly support the creation of around 130 jobs in the long term, and will unlock significant investment in research and development in South Australia,” said South Australian Minister for Innovation and Skills David Pisoni.

“The vaccine has the potential to result in substantial licensing revenue to reinvest into further research and product development in South Australia.”

“The onset of the coronavirus pandemic highlights the vital importance of vaccine research and the crucial role start-ups such as these play in protecting the health of South Australians, both now and into the future.” – South Australian Minister for Health and Wellbeing, Stephen Wade, on GPN Vaccines.