Black carbon particles come from incomplete combustion of any kind – bush fires, coal plants, and diesel engines are all big emitters. These particles are very dynamic in the atmosphere and can have a substantial effect on climate by absorbing heat and potentially forming cloud droplets. Black carbon nanoparticles are transported in the atmosphere and deposited at the poles, becoming incorporated into the polar ice. They affect atmospheric chemistry, and large-scale changes in atmospheric circulation. Understanding the physical and chemical characteristics of these particles and how they impact climate, is important for accurate climate modelling.

The particles exist at only parts per billion within the ice. To separate the carbon nanomaterials from the ice and concentrate them sufficiently to allow analysis using the transmission electron microscope (TEM), Curtin University PhD student Aja Ellis developed a sophisticated filtration method, applied in a clean room, to avoid any risk of contemporary contamination. She then worked with A/Prof. Martin Saunders in the AMMRF (now Microscopy Australia) at the University of Western Australia to analyse the carbon nanoparticles from time points before and after industrialisation between 1759 and 1930.

Left: TEM image of a group of carbon nanospheres attached to a mineral particle; right: element map from the TEM showing the carbon spheres (yellow) and confirming iron (red) in the mineral particle. 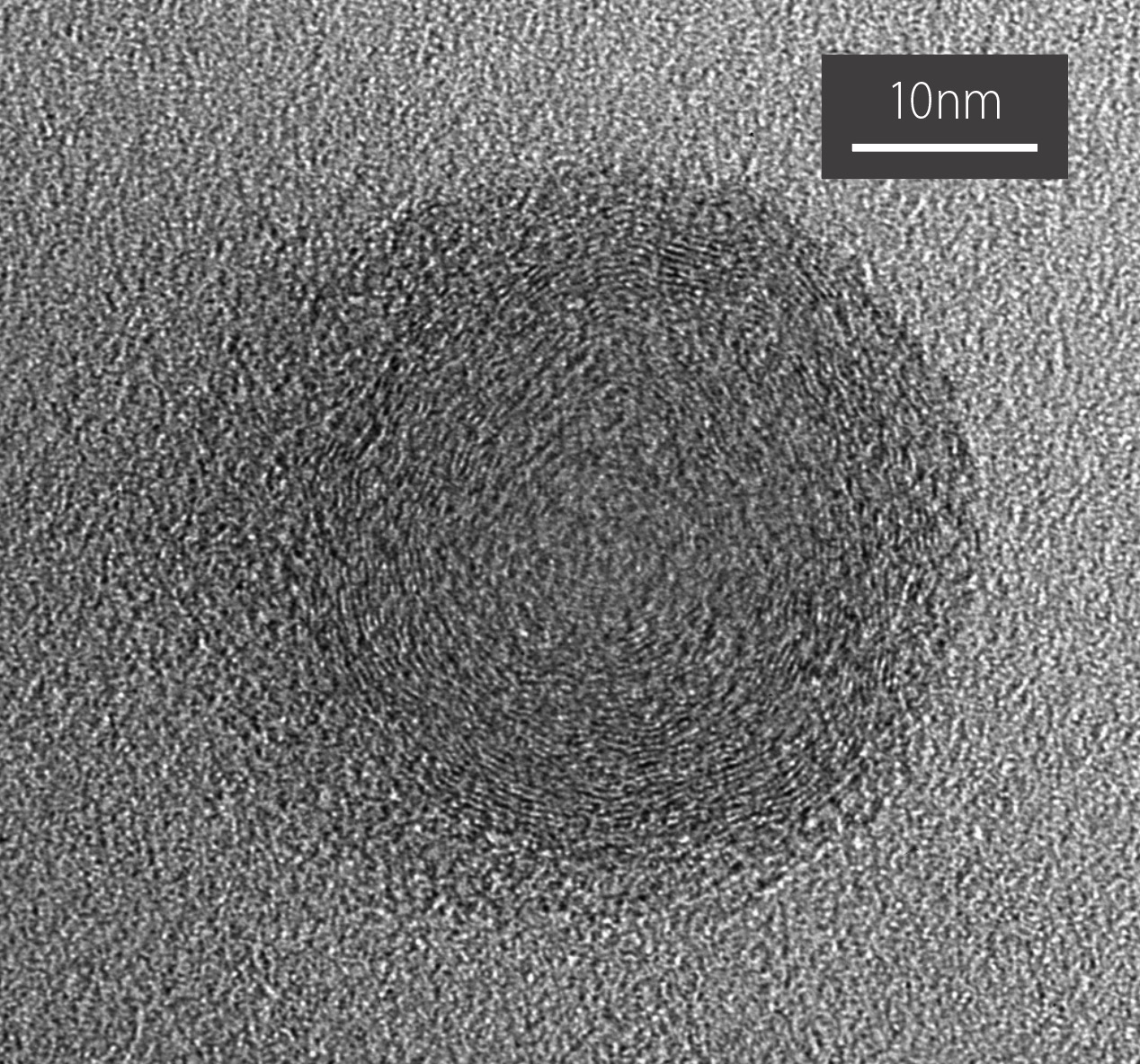 The shape, size, and structure of the separated carbon nanoparticles were investigated, revealing for the first time the presence of individual carbon spheres 30nm wide inside ice cores. The spheres also formed groups of two particles up to dozens. The carbon spheres from all the dates tested had a similar, partially ordered crystal structure with a series of concentric shells of carbon atoms. Many of the carbon particles were associated with metal and mineral particles, thought to have come from dust associated with bushfires or possibly from early industrial activity in the Southern Hemisphere.

Most climatic models treat black carbon as simplified spheres with static characteristics, which Ms Ellis showed is not the case. The associated minerals, metal impurities, and insoluble coatings, all affect black carbon’s optical properties as it ages in the atmosphere before falling to Earth in rain or snow.

Current atmospheric chemistry and climate models do not account for the complexity of black carbon nanostructures in the environment. More accurate climate change models will be enabled by this research.