Reef-building corals are among the most productive tropical marine ecosystems on Earth. At their heart are microalgae called Symbiodinium that live inside coral cells and convert enormous amounts of sunlight into sugars available to the coral host. Sunlight therefore, is key for corals.

Previous studies suggested that the amount of light and oxygen reaching individual microalgae is highly variable, even within a single coral polyp. However, until now it was unknown whether these differences affected the function of microalgae within coral tissues.

PhD student Daniel Wangpraseurt and Dr Mathieu Pernice from the University of Technology Sydney (UTS), together with local and international collaborators, used the flagship NanoSIMS in the AMMRF (now Microscopy Australia) at the University of Western Australia (UWA) to study the metabolic activity of individual Symbiodinium cells along microscale gradients of light and oxygen within coral tissue. 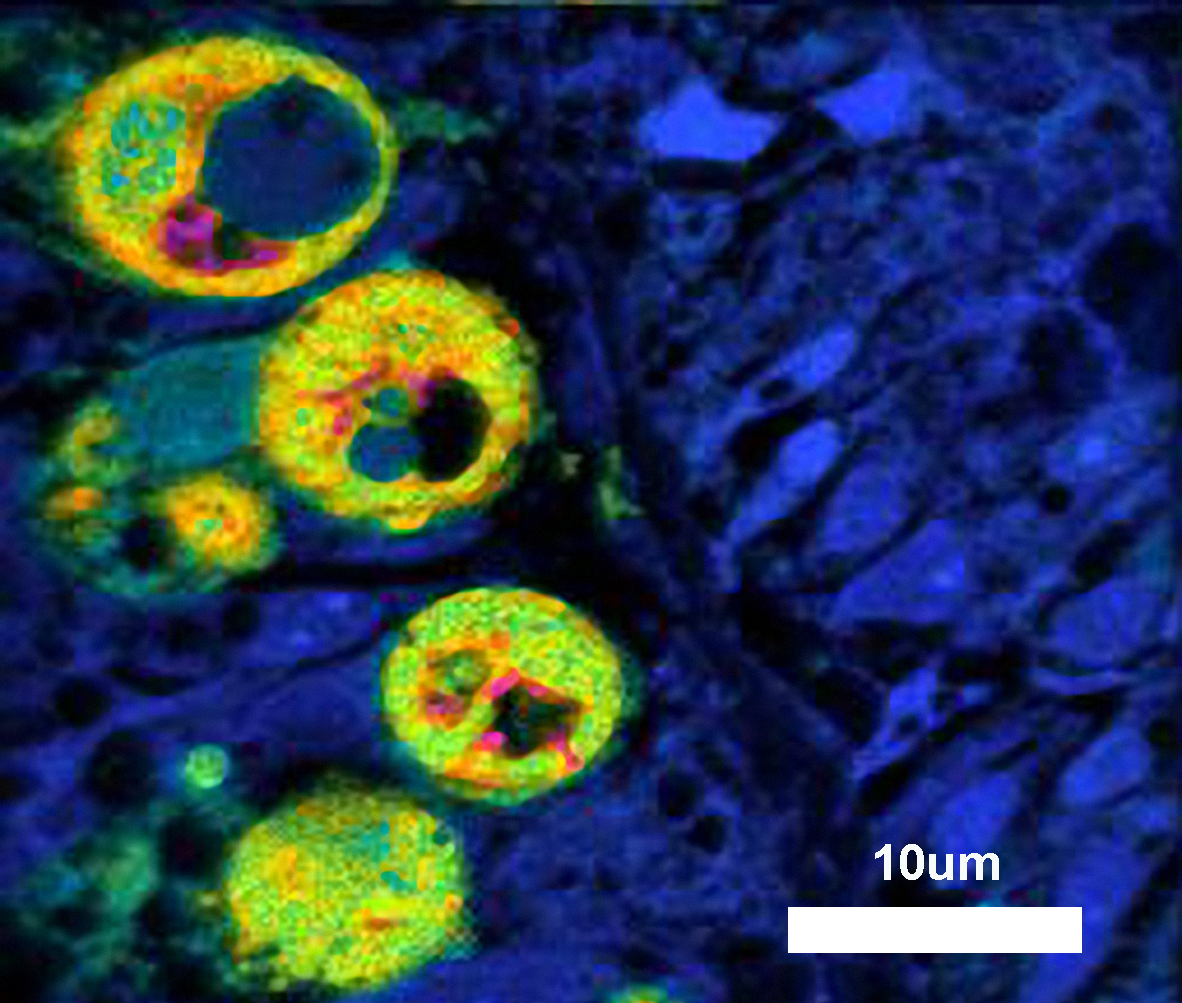 NanoSIMS image showing photosynthetic assimilation of carbon in the Symbiodinium cells within coral tissue. The colour scale ranges from blue, which corresponds to natural abundance of 13C/12C) to red indicating a 10-fold enrichment of experimental 13C.

This is the first experimental demonstration of functional diversity of Symbiodinium along these microgradients. Within the same single coral polyp, the amount of sugar produced via photosynthesis in individual symbiodinium cells varied by about six fold depending on the local light and oxygen levels. Interestingly, as a 15-fold reduction in light led to only a 6.5-fold reduction in sugar production, light-harvesting efficiency may have adapted to the lower light levels in the microalgae found deeper within the coral tissue.

These results could have important consequences for coral responses to environmental stress such as bleaching, as they suggest the presence of distinct populations of Symbiodinium that could act as a reservoir of variation, providing selective advantage to corals.