Type II diabetes is the world’s fastest growing chronic disease, and the biggest challenge to Australia’s health system. This potentially debilitating metabolic disorder is estimated to cost the nation $14.6 billion per annum.

In a healthy body, when blood glucose is elevated, insulin is released from the pancreas into the blood where it triggers glucose movement into tissues for immediate use as energy or to store for later.

A state described as insulin resistance begins when tissues stop responding to insulin. More insulin is then required to control glucose levels. In some people this increased demand for insulin is not met and Type II diabetes ensues. Although not all insulin resistant individuals develop Type II, insulin resistance itself is a risk factor for diseases such as cancer and neurological disease.

Dr Daniel Fazakerley and Prof. David James at the University of Sydney (USyd) study why and how insulin resistance develops. Insulin triggers the movement of a glucose transporter, GLUT4, from specialised compartments called GLUT4 storage vesicles to the cell membrane where it then carries glucose into the cell. 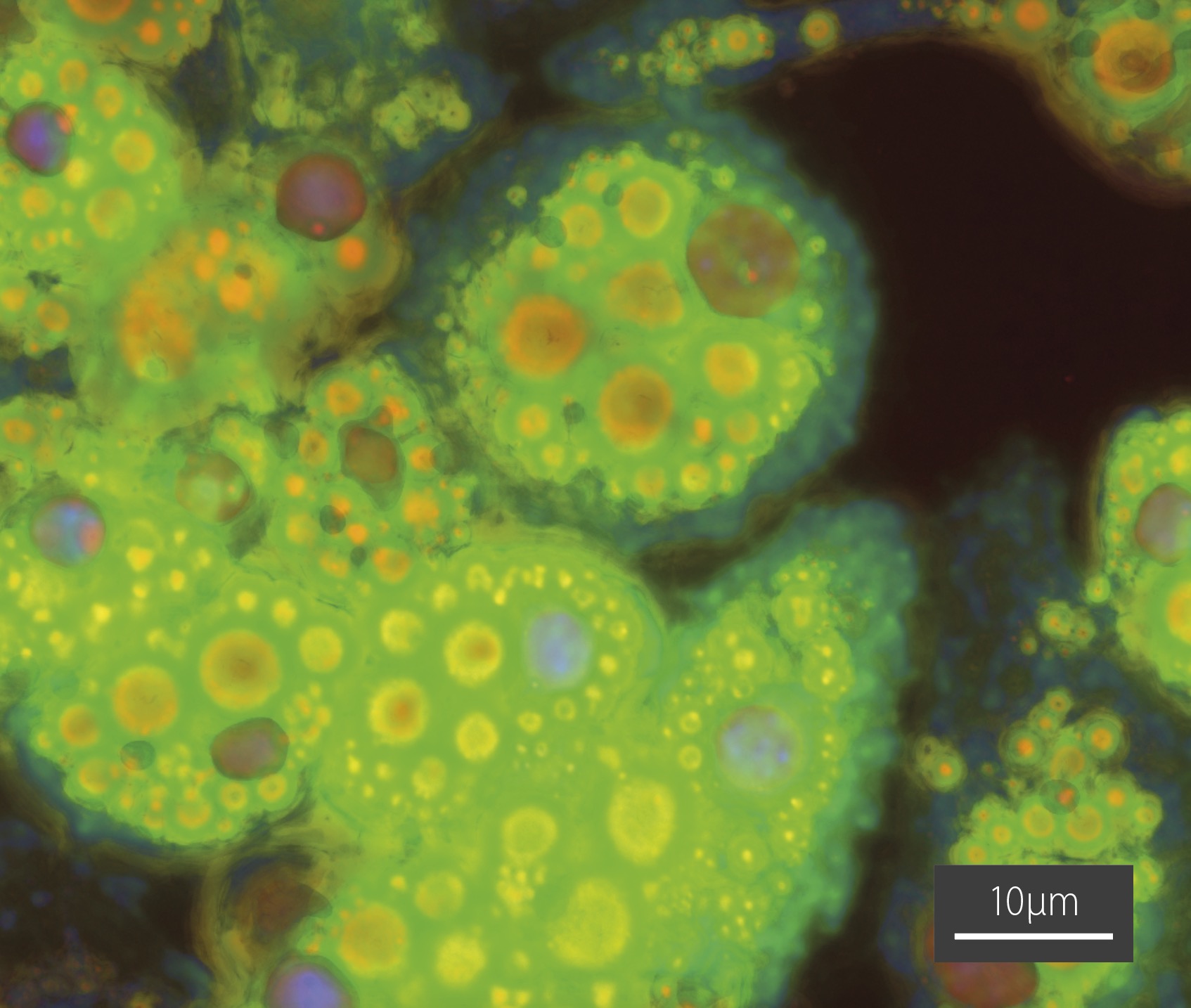 Cultured fat cells: compound image derived from light, fluorescent and TIRF microscopy and probability mapping. The GLUT4 and TUSC5 at the cell surface are seen as blue-green particles around the edge of the cells.

The researchers used high-end fluorescence imaging techniques in the AMMRF (now Microscopy Australia) at USyd. They discovered that a protein called TUSC5 resides in the GLUT4 storage vesicles and helps insulin-stimulated GLUT4 translocation to the membrane. Further, they found that TUSC5 was lost in insulin resistance suggesting that it has a role in this condition and could be investigated as a drug target.