In the wake of a changing climate, it is imperative to understand how significant ecosystems, especially marine systems, will be impacted and how changes are mediated. Dr Jean-Baptiste Raina at the University of Technology Sydney’s Climate Change Cluster (C3) is investigating these changes in collaboration with Microscopy Australia’s NanoSIMS facility at the University of Western Australia (UWA).

The nanoSIMS makes possible the precise micro-scale investigations necessary to study the microbes that drive most of the important processes involved in ocean health. Dr Raina uses the nanoSIMS to understand how microbial inhabitants of larger marine organisms, such as corals and anemones, contribute to ecosystem health and how isolated microbes process nutrients in a changing environment. His research has also contributed to understanding natural climate regulation by identifying how dimethyl sulfide (DMS) and its precursor, dimethylsulfoniopropionate (DMSP) are produced in algae. These globally important molecules are important info-chemicals, key nutrients for marine microorganisms, and are involved in global sulfur cycling, atmospheric chemistry, cloud formation and associated cooling effects.

Dr Raina found that both corals and their symbiotic algae have the ‘machinery’ to produce DMSP. This highlights the double jeopardy of worldwide declining coral cover: less coral means less DMSP is made, resulting in less cloud cover and contributing to more warming. 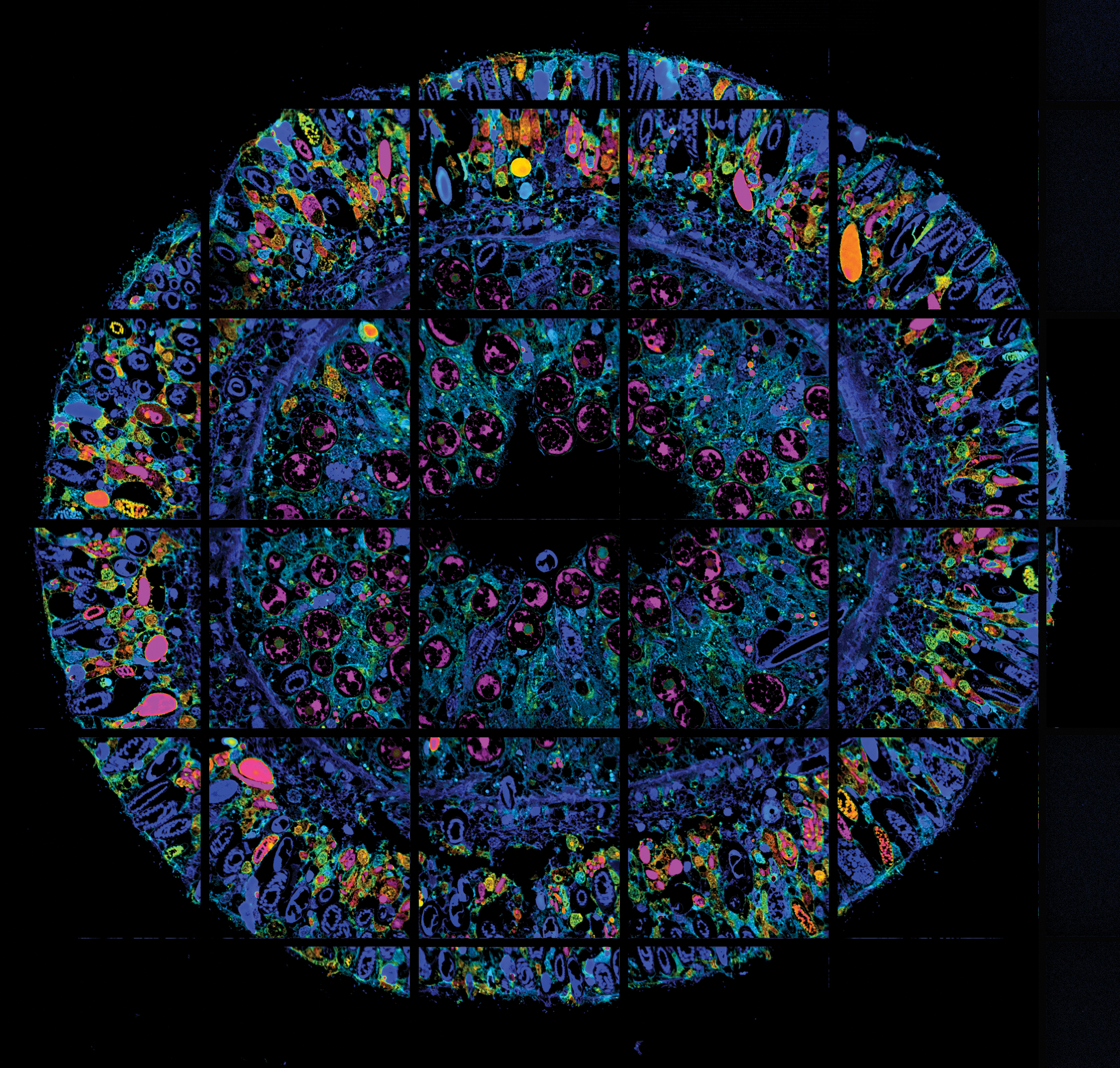 NanoSIMS image of a cross section of an anemone. In the outer layer are the stinging nematocysts with their coiled barbs (purple). The inner layer contains mainly symbiotic algae (round and pink).

The research team is now combining nanoSIMS analyses with sophisticated genetics-based approaches to investigate how different coral and symbiont variants can tolerate changing environmental conditions. He has generated seven publications in collaboration with the UWA nanoSIMS facility with other projects ongoing and future projects anticipated.

NanoSIMS image of a cross section of an anemone. In the outer layer are the stinging nematocysts with their coiled barbs (purple). The inner layer contains mainly symbiotic algae (round and pink).