World-first, active, coated bandages with the power to attack infection and inflammation could revolutionise the treatment of chronic wounds such as pressure, diabetic or vascular ulcers that won’t heal on their own.

The team lead by Dr Thomas Michl from University of South Australia developed the novel coating, by attaching a special antioxidant called TEMPO, to bandages by using plasma polymerisation technology. TEMPO is a stable nitroxide radical that can be applied to any wound dressing so that when the TEMPO-coated bandages meet the wet wound, nitroxides leach out and exert their effects. These nitroxides were found to simultaneously reduce wound inflammation a­­nd break up infection to help the wound repair process.

Dr Michl’s team used atomic force microscopy, scanning electron microscopy and X-ray photoelectron spectroscopy at our University of South Australia facility, the Future Industries Institute, to demonstrate that TEMPO could be turned into smooth coatings and to monitor their structure and cellular interactions. The technology is highly scalable and sustainable, making it a viable option for broad application worldwide. 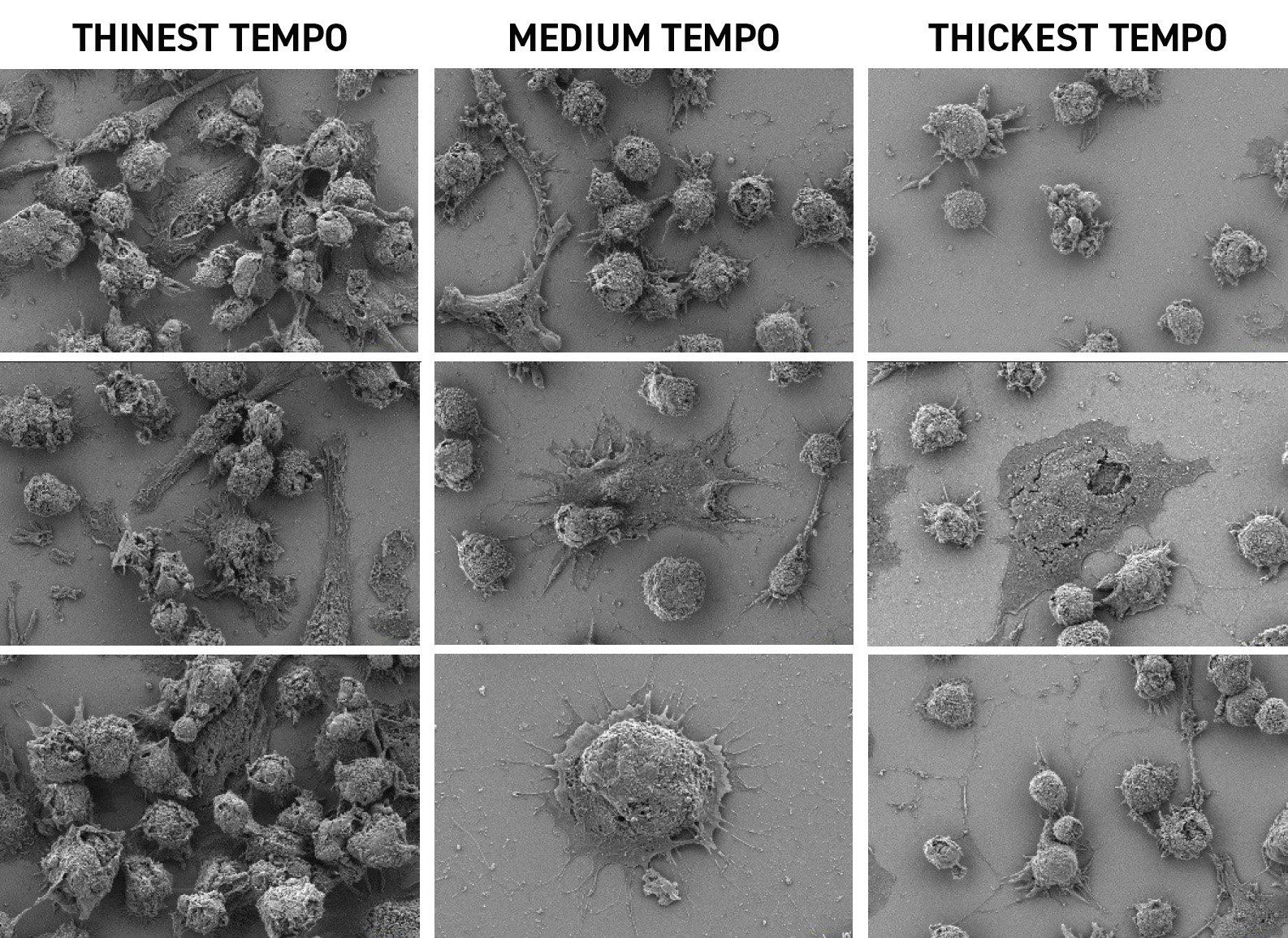 Despite the immune cell’s ability to produce inflammatory proteins being hampered by the coating, it doesn’t cause damage to the immune cells themselves. Scanning electron micrographs show that the structure of the immune cells remains undamaged even after being exposed to the thickest coating of TEMPO (TEMPOpp 30min).

In Australia, nearly half a million people suffer from chronic wounds, costing the health system an estimated AUD$3 billion each year. It’s a similar picture around the world with more than 5.7 million people suffering from chronic wounds in the United States and more than 2 million in the UK. This is hugely costly to the economy – an estimated USD$20 billion per year in the US and £5 billion in the UK.

With growing rates of global obesity, diabetes and an ageing population, chronic wounds are increasingly common, yet until this breakthrough discovery, few treatments have shown such positive results.

“Upgrading current dressings with this state-of-the-art coating will promote effective healing on chronic wounds and reduce patient suffering. Proper care for chronic wounds requires frequent changes of dressings but currently, these wound dressings are passive actors in wound management. Our novel coatings change this, turning any wound dressing into an active participant in the healing process – not only covering and protecting the wound, but also knocking down excessive inflammation and infection. No other method so far has achieved this.” Dr Michl says.

University of South Australia researchers have developed a groundbreaking new bandage-coating to treat chronic wounds. It is 1,000 times thinner than human hair and releases a special antioxidant when it dissolves. www.7NEWS.com.au#7NEWS