A bust for wheat rust

It is caused by the fungus Puccinia graminis fsp tritici and is combated mainly through the breeding of disease-resistant wheat. Recently, major epidemics of resistant rust strains have devastated Africa. Global wheat production is also under threat due to potential long-range dispersal of fungal spores. Consequently breeders and researchers are seeking new sources of genetic resistance to stem rust to protect worldwide wheat crops. 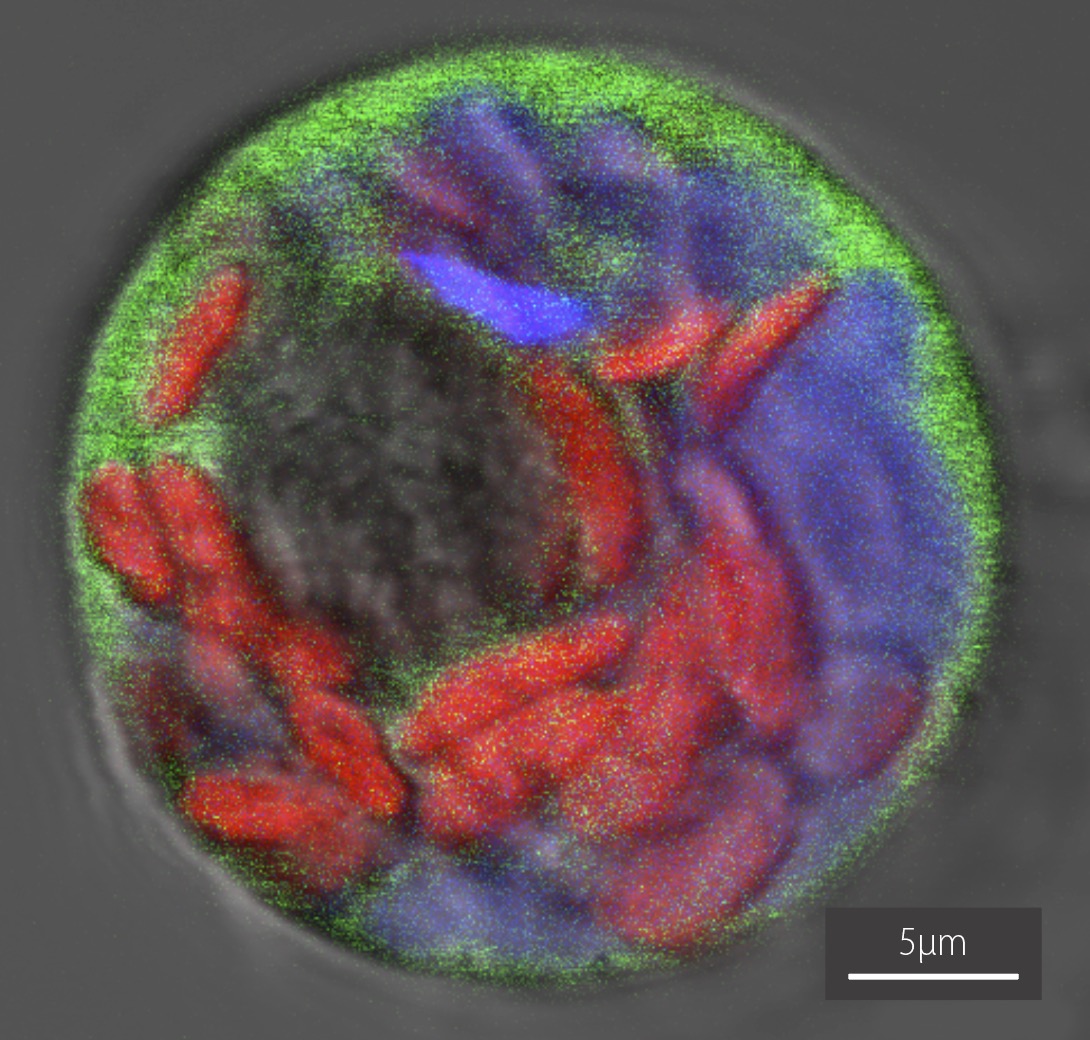 Fluorescently tagged receptor protein (green) occurs in the cytoplasm of wheat leaf cells but not the nucleus (N), chloroplast (red) or vacuole (blue).

Currently little is known about how resistance genes work. Drs Stella Cesari and Peter Dodds at CSIRO Agriculture and Food have been investigating two stem rust resistance genes that provide protection against the current devastating rust strains. These genes encode receptor proteins that recognise fungi, including P. graminis, and induce plant immune responses. Working with staff in the AMMRF at the Australian National University, the researchers determined that these receptors function in the cytoplasm of the wheat leaf cells. They initiate a signaling pathway of other molecules that ultimately leads to a change in the protein profile of the cells and to cell death.

Rust fungi need living plant cells for their survival and propagation so if the plant can sacrifice its infected cells quickly it has a chance of stopping the rust infection before it can spread.

Understanding the complexity of wheat resistance signaling pathways will improve strategies to utilise natural plant immunity systems in protecting wheat and other crops from disease.