Neanderthals, our closest evolutionary cousins, were once widespread across Eurasia, venturing at least as far east as the Altai Mountains of southern Siberia, where their fossil remains have been found at Denisova Cave and Chagyrskaya Cave.

Previous finds date Neanderthals habitation of Denisova Cave to between 200,000 and 100,000 years ago. The timing of Neanderthal occupation at Chagyrskaya Cave has, however, remained elusive.

As part of an international collaboration, researchers from the University of Wollongong, led by Prof. Richard Roberts, dated the sediments encompassing the 74 Neanderthal fossil remains from Chagyrskaya Cave using optical dating, a technique that determines the burial time of mineral grains based on their exposure to ionising radiation in the environment.

The researchers dated silicate mineral grains, which often consist of two types, one rich in potassium (orthoclase) and the other rich in sodium (albite), as well as quartz and mica. Potassium has a radioactive isotope that can affect the measurement of ionising radiation from the environment, resulting in a misleading burial time. For this reason it is necessary to determine the average potassium concentrations of these grains. Quantitative evaluation of minerals using analytical scanning electron microscopy (QEMSCAN) at the Centre for Advanced Microscopy at the Australian National University allowed for creation of elemental maps to determine average potassium concentrations of entire grains, allowing for reliable dates to be obtained from the samples. 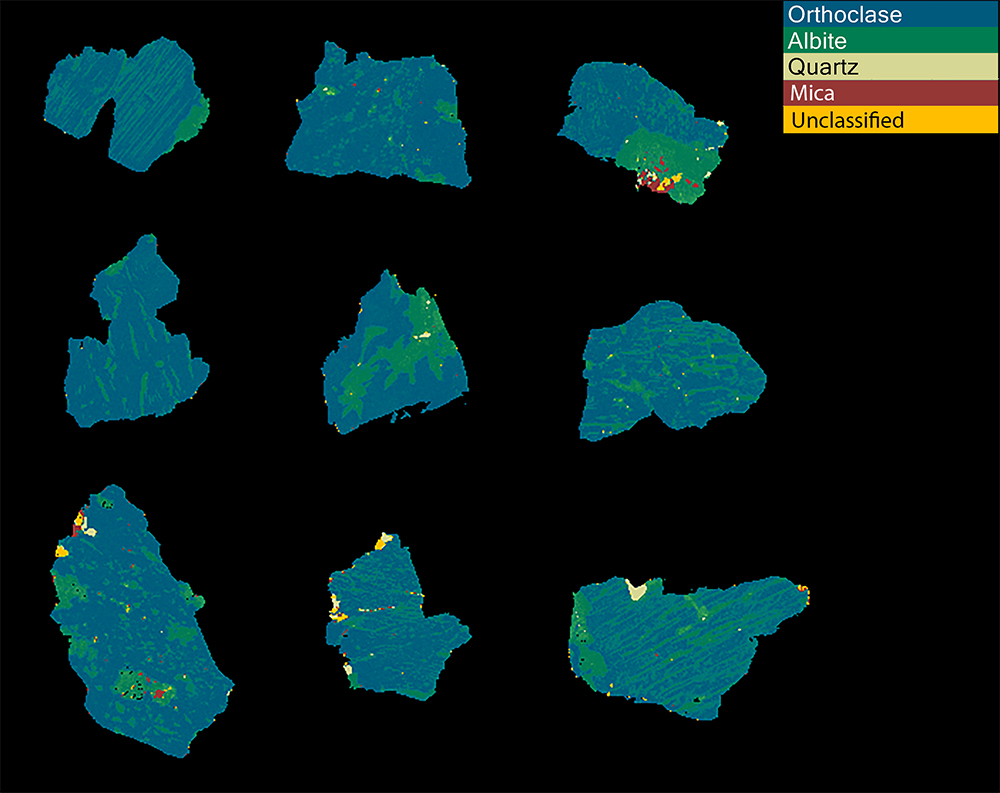 Optical dating revealed that Neanderthals inhabited Chagyrskaya Cave about 54,000 years ago, indicating a long-distance dispersal of Neanderthals into southern Siberia from central and eastern Europe long after Neanderthals ceased to inhabit Denisova Cave. The factors driving such an epic trek remain enigmatic.