Inorganic mercury and other toxic metals from mining and smelting operations, energy production and industrial effluent contaminate water and soil in many parts of the world. Contamination is very dangerous to human health, food security and the environment. Cost-efficient remediation of contaminated sites is a priority.

Dr Justin Chalker and colleagues at Flinders University (Flind) and the Universities of Tulsa, Lisbon and Cambridge, have invented a new polymer that is easily made just from sulfur and limonene, industrial by-products of the petroleum and citrus industries. This unusual polysulfide has a high affinity for metals such as mercury, so is useful for removing toxic mercury salts from contaminated water and soil. The researchers also found that it undergoes a selective colour change from dark red to yellow when mercury binds to it. This colour change only occurs with mercury, so the polysulfide is effectively a selective sensor. The polysulfide also binds to palladium and removes it from water. This would enable the recovery of valuable palladium catalysts, widely used in the chemical industry.

The team elucidated the metal-binding process through a combination of Raman, scanning electron microscopy (SEM), and elemental analysis (EDS) in the AMMRF (now Microscopy Australia) at Flind. EDS experiments revealed that micro and nanoscale particles of mercury sulfide formed and adhered to the polymer (SEM image below). 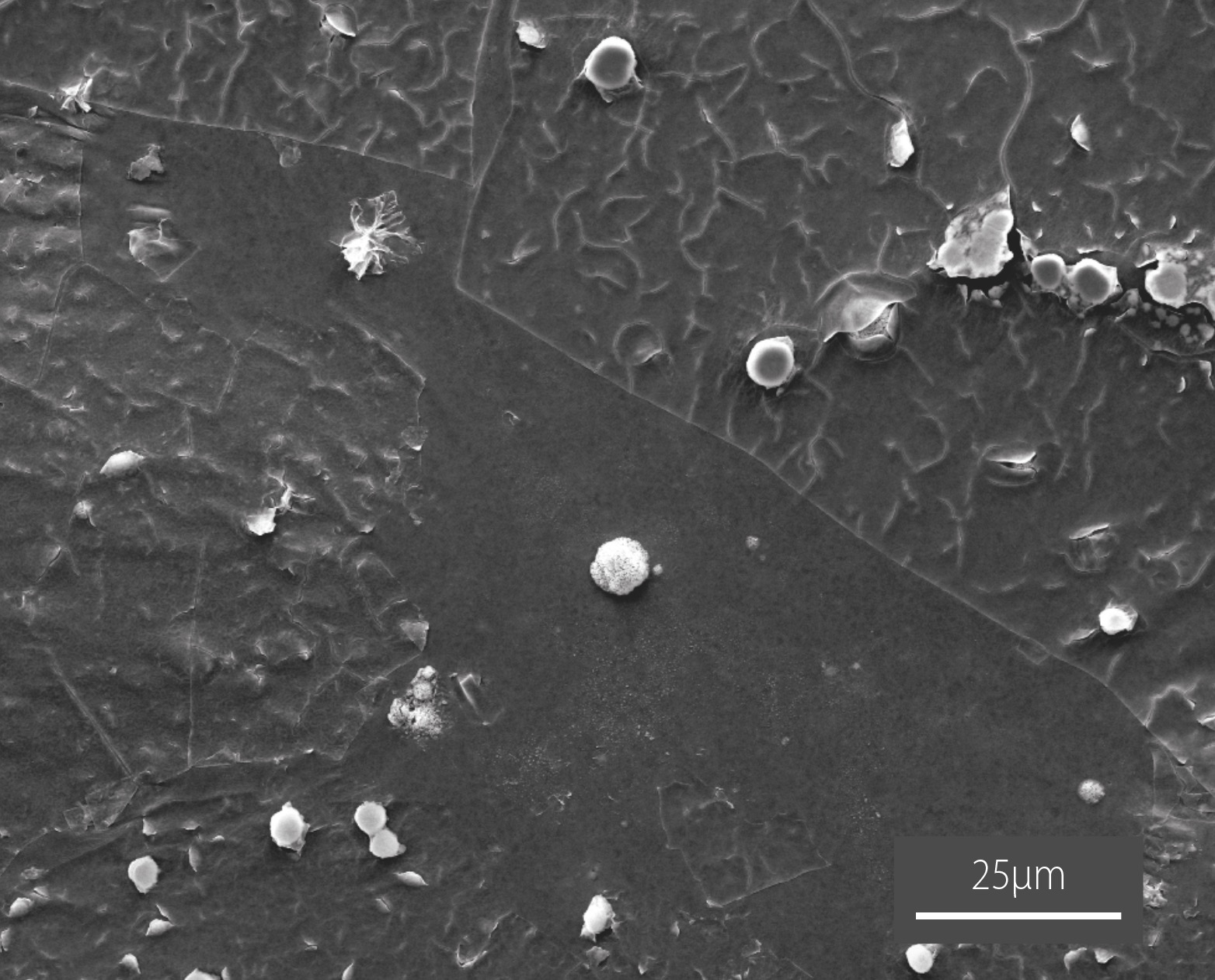 The new polysulfide is not toxic and can remove mercury safely from complex mixtures such as river water and pond sediment. With a patent and multiple provisional patent applications filed, FU and the University of Tulsa have partnered to pursue commercialisation of this environmental remediation technology.

From the 70M tons of waste sulfur and 70,000 tons of limonene produced annually, the new, non-toxic polysulfide can be synthesised on a large scale, for cost-effective: