The delivery of toxic drugs for therapeutic benefit, such as in cancer chemotherapy and some anti-fungal and pain-relief treatments, is increasingly being accomplished using nanoscale liposomes.

These are roughly spherical nanoparticles with a water-filled central cavity surrounded by an impermeable outer layer of lipids. Encapsulating the drug in a liposome prevents accumulation in non-target tissues as it travels around the body, reducing undesirable side effects. However, the problem is then how to trigger release of the drug from the nanoparticle once it gets to its destination.

A team led by Dr Michael Landsberg from the University of Queensland and Prof. Boris Martinac from the Victor Chang Cardiac Research Institute have been developing prototype liposomal drug delivery systems that incorporate specialised bacterial proteins that could act as triggererable nanovalves. The nanovalves are embedded within the lipid layer and when activated will open a pore, releasing the drug. The team use high-resolution cryo-transmission electron microscopy (TEM) in the AMMRF (now Microscopy Australia) at University of Queensland to visualise their liposomes and investigate the factors influencing the efficiency of drug release. They found that the size of the liposome is significant, an important observation since liposomal formulations often contain a mixture of sizes. They are currently using TEM to evaluate new methods that produce more uniformly sized formulations. Lipid composition of the membranes also appears to influence the size of the liposomes and the cargo release efficiency. 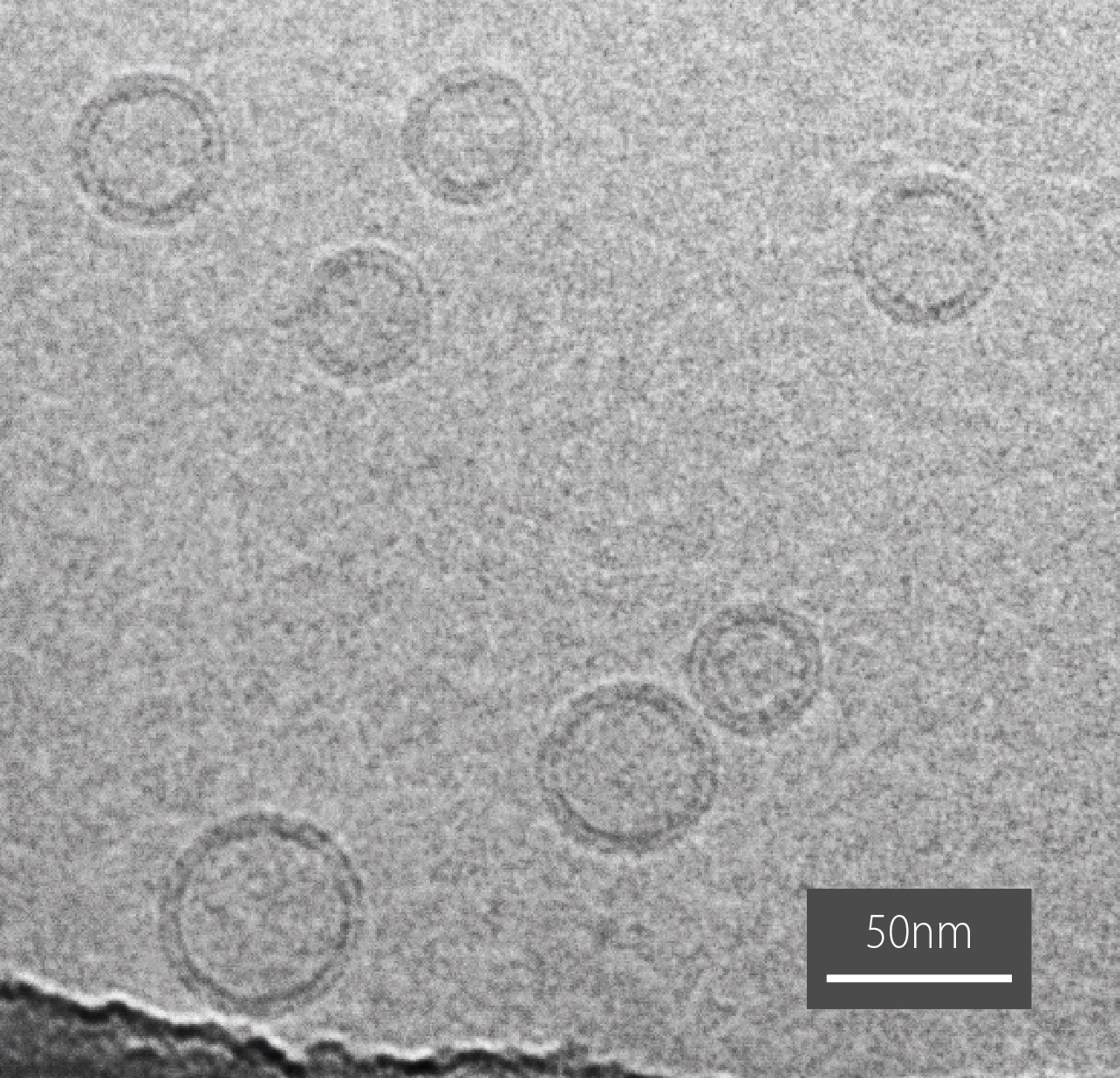 Cryo-TEM image of liposomes and an illustration showing how the nanovalves sit in the lipid bilayer.

A major focus of future work is on developing mechanisms that can be used safely in the body to trigger opening of the nanovalves.