From lava to copper: understanding how ore is formed

Metals and gases are discharged by volcanoes. Gases, such as SO2 and HCl, react readily with the volcanic rock below the surface. To learn how deposits, which may be economic to mine, have accumulated in now-extinct volcanoes, we need to understand how these chemical processes work. 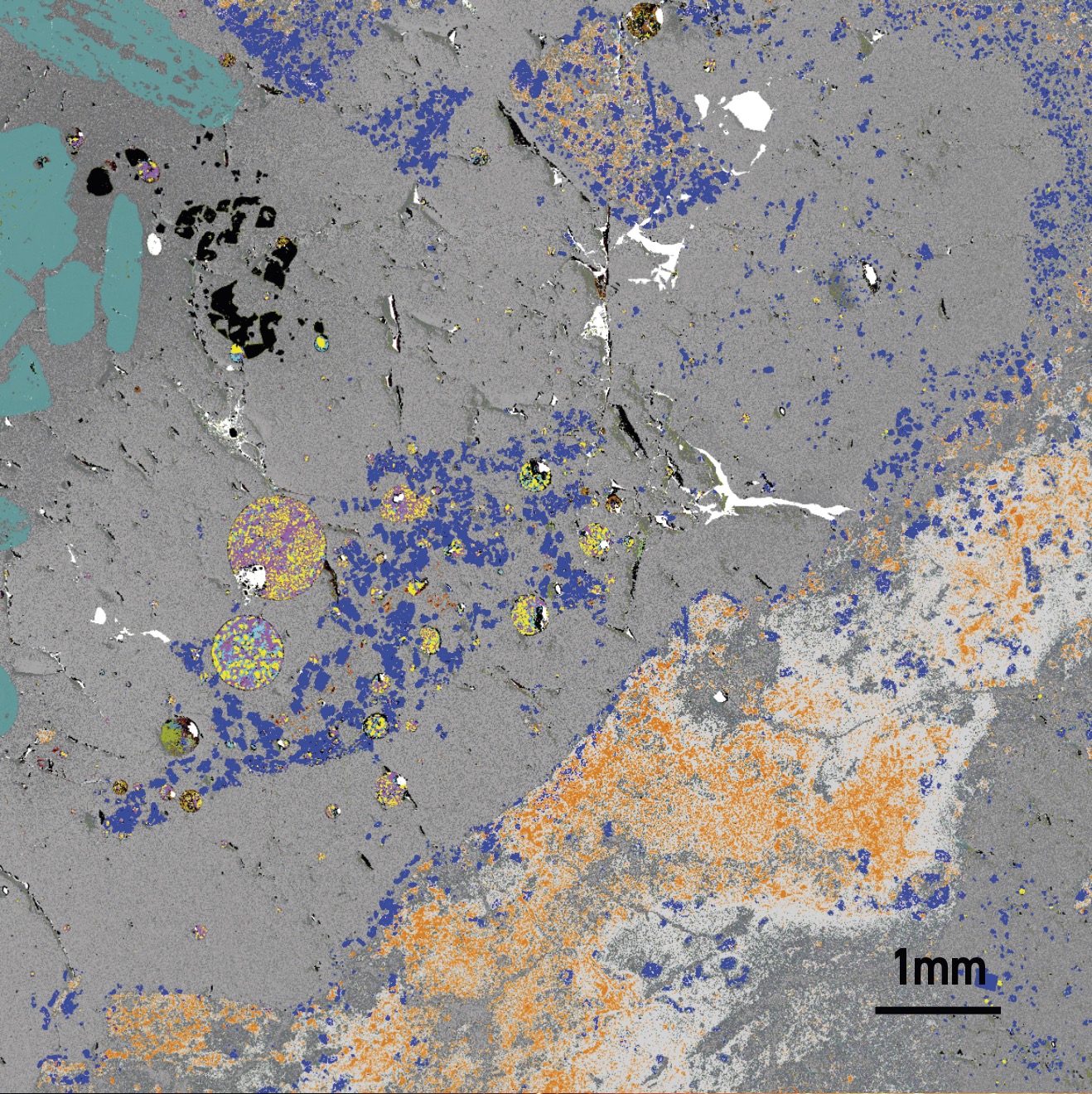 QEMSCAN mineral map of Stromboli rock showing the round sulphide globules containing low copper pyrrhotite, purple; pyrrhotite, yellow; and high copper pyrrhotite, light blue. The surrounding amorphous glass is grey. The other colours show the presence of a range of original and new minerals within the rock.

The results reveal a complex natural process of melting, remelting and reactions with gases. These materials have been mapped on a scale and at a resolution not previously achieved.

The map of an ejected volcanic rock from Stromboli, Italy, shows the progressive loss of positively charged ions to leave skeletons of original minerals and a residue of aluminium and silicon oxides trapped inside glass. Tiny spheres of copper–iron sulphide are also scattered through the glass. X-ray microtomography showed the number and distribution of these spheres.

Sulphide globules are very uncommon at Stromboli. Their abundance in these particular rocks is thought to be due to calcium and magnesium ions diffusing to the surface of the glass and reacting with the surrounding gases. The sulphide globules form at the same time as sulphur-rich gas dissolves into the melt.