Solar light absorbed and converted to electricity through a photovoltaic device is an attractive source of renewable energy. Solar cells made from earth-abundant, non-toxic raw materials would make solar even cleaner, more cost-effective, scalable and sustainable.

Copper-Zinc-Tin-Sulphide (Cu2ZnSnS4), also known as CZTS, is a very promising eco-friendly photovoltaic due to its abundant and nontoxic constituents, and because its band gap is well matched to the solar spectrum. However, its energy conversion efficiency is still significantly lower than its theoretical limit. One of the key problems is sub-optimal nanoscale structure and chemistry of the interface between the energy-absorbing CZTS layer and the adjacent cadmium sulphide layer. Electron flow across this interface generates the electrical current. The structure and chemistry of this interface varies depending on the “cooking atmosphere” during production. Dr Xiaojing Hao at the University of NSW (UNSW) is working to optimise production of CZTS photovoltaics. 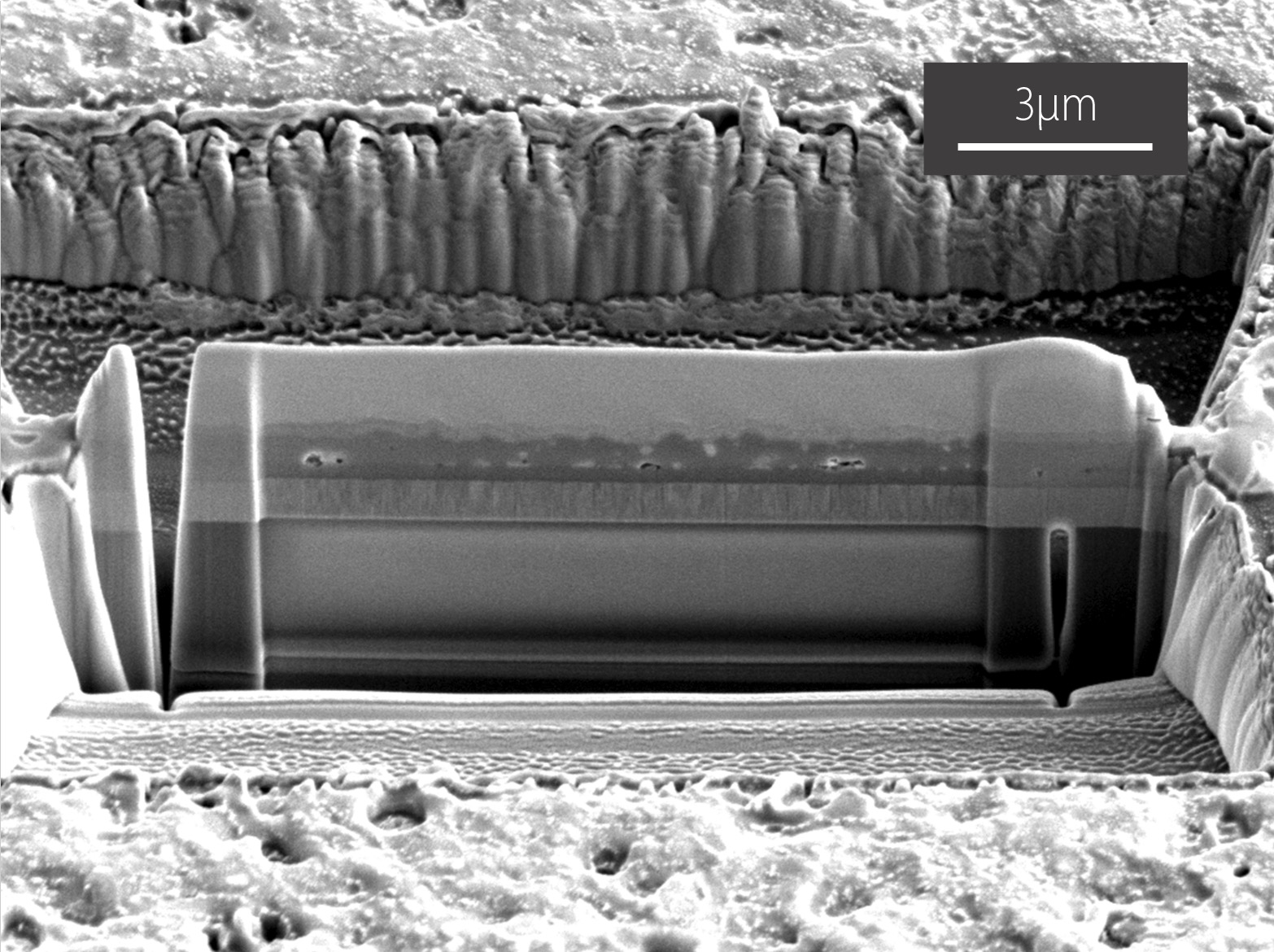 Image from the focussed ion beam instrument showing a thin section being cut from the layered CZTS material.

She used the flagship focused ion beam in the AMMRF (now Microscopy Australia) at UNSW to prepare ultrathin samples of the interface region for aberration-corrected high-resolution transmission electron microscopy and elemental analysis. Results showed that mono-tin sulphide (SnS) and sulphur gas used together during production led to more structurally consistent and favorable CZTS surface. When sulphur gas alone was used unwanted small grains were present on the surface, which disappeared when SnS was included.

By correlating the microstructure with device performance, they found that controlling the “cooking gas” determined the behaviour and interaction of the precursor components; crucial for realising high efficiency CZTS solar cells.