How well can fish smell?

Some fishes, especially sharks, are believed to have an acute sense of smell to help them detect food, mates or predators. Although a lot is known about bony fishes, data is still lacking for cartilaginous fishes such as sharks, skates and rays. The relative size of the olfactory bulbs (OBs) in the brains of animals, including fish, can be used to predict olfactory abilities, but it is not clear whether this is the best measure for sensitivity.

Ms Victoria Camilieri-Asch, working with Prof. Shaun Collin at the University of Western Australia (UWA) has used a number of microscopy techniques at Microscopy Australia at UWA to discover more. By using iodine-based stains to enhance contrast for X-ray computed tomography (CT), she has visualised the brain and olfactory system of two model species; the brown-banded bamboo shark (above) and the common goldfish. This has generated accurate 3D models that she used to calculate the volume of the olfactory system. In collaboration with the VascLab at UWA and the PAWSEY Supercomputing Centre, these models are being used to study the water pressure and flow in the nasal cavities of these species.

Ms Camilieri-Asch has also used transmission electron microscopy to count the number of nerve cells taking signals into and out of the OBs (below). She found huge differences: for one nerve cell coming out of the OB, the shark has 200 times more nerve cells going to it, suggesting that the shark is much more sensitive to olfactory information than the goldfish. Ms Camilieri-Asch is also using confocal microscopy to look at the distribution of different receptor cells in the olfactory cavities of sharks. 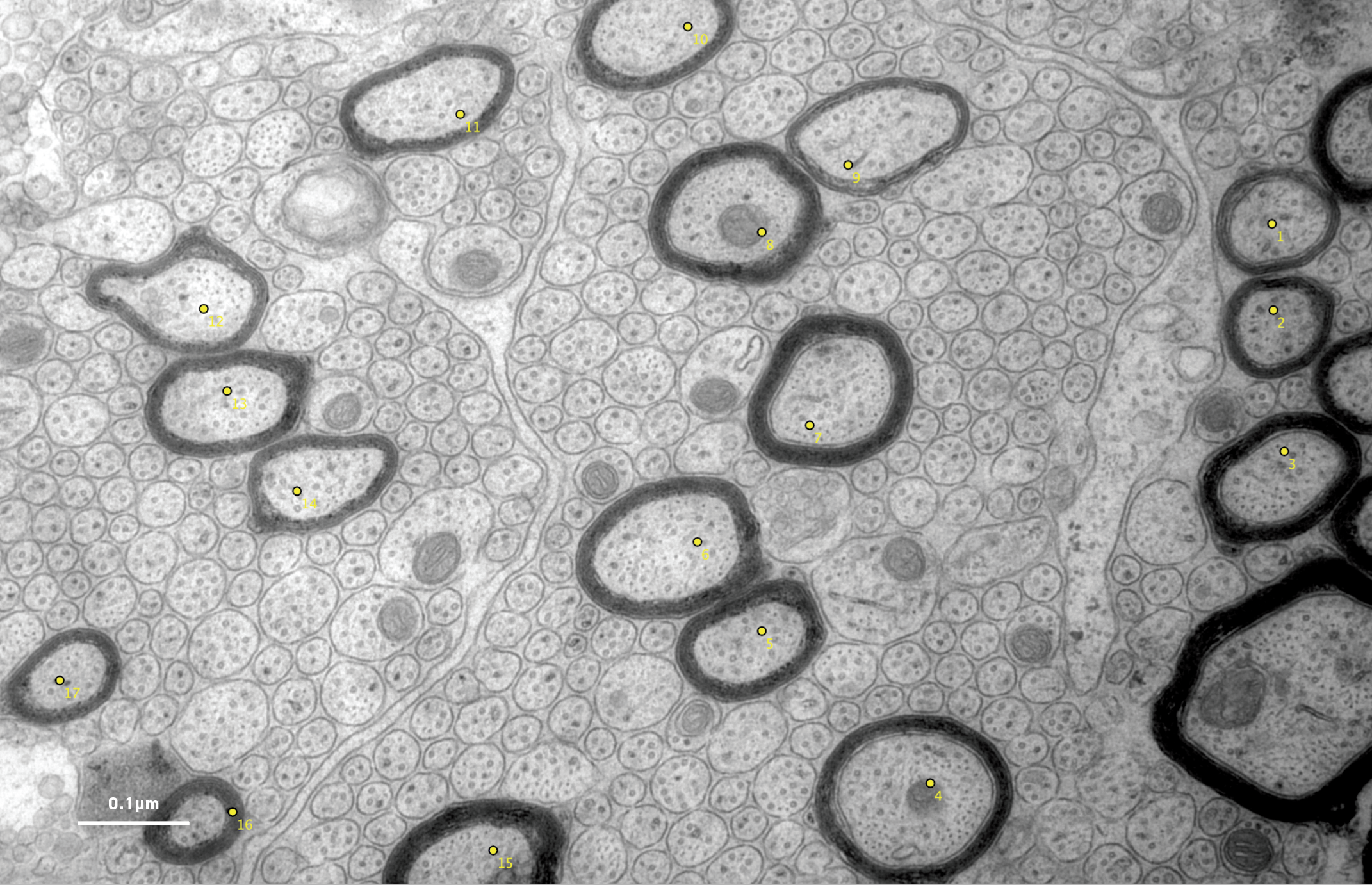 Although cartilaginous fishes are considered evolutionarily primitive, they are certainly more complex than was initially thought. Studying their olfactory abilities is contributing to a better understanding of their behaviour.

Lucke, K., et al. (2018). “Listening in the dark—Auditory evoked potential measurements and novel imaging techniques elucidate the role of hearing in deep sea fishes.” The Journal of the Acoustical Society of America 144(3): 1663-1663.