Droplets of fat inside our cells are both an energy source and a weapon against bacterial invaders, helping the body’s own defence system fight back against infection. This research was published in Science by researchers from the University of Queensland (UQ), lead by Prof. Rob Parton and a team from the University of Barcelona.

It was previously thought that fats, or lipid droplets, within the body’s cells were merely used as fuel by bacteria, however new research has shown that cells actually use these fats as a covert weapon. Cells do this by manufacturing toxic proteins and packaging them into the lipid droplets before firing them at the intruders.

Electron microscopy at the Microscopy Australia facility at UQ, the Centre for Microscopy and Microanalysis, showed the lipid droplets associated with bacteria inside infection-fighting cells called macrophages. In response to infection, the composition of proteins in lipid droplets changed to include more immune-system-related proteins and fewer of those normally associated with metabolism, shifting the balance of the droplets’ activity to fight the invading bacteria.

Serial blockface scanning electron microscopy was used to create a three-dimensional reconstruction of the macrophage, allowing the researchers to visualise the relationship between the lipid droplets and invading bacteria within.

This study helps decipher the molecular mechanisms involved in our innate antimicrobial defences providing insights into how we could develop new anti-microbial agents.

Cell biologist Professor Rob Parton said, “Most people thought the lipid droplets were ‘blobs of fat’, only useful for energy storage but now we see that they act as metabolic switches in the cell, defend against infection and much more.”

“Our next step is to find out how the lipid droplets target the bacteria. By understanding the body’s natural defences, we can develop new therapies that don’t rely on antibiotics to fight drug-resistant infections.” 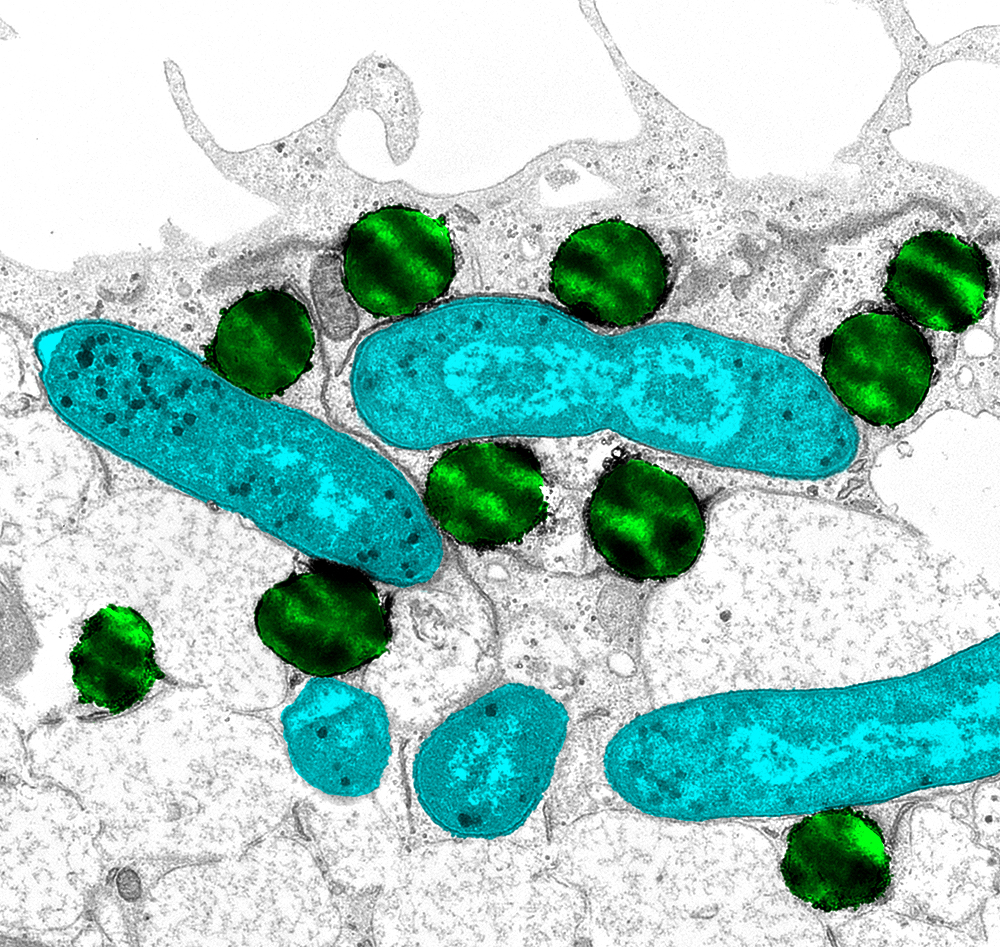