Researchers at the Australian National University (ANU) and Flinders University have set a record for the conversion of sunlight into energy using ‘tandem solar cells’, which  stack a perovskite solar cell on top of a silicon cell to squeeze more energy out of sunlight.

Perovskite-silicon tandem solar cells combine both newer generation perovskite solar cells, which are efficient at converting the blue portion of sunlight into electricity, with silicon solar cells, which convert mostly the red portion. This achieves significantly higher efficiency than either cell could achieve on its own.

High resolution transmission electron microscopy at our ANU facility, the Centre for Advanced Microscopy, was used to look at the formation and different aspects of the crystalline structures in the perovskite film at near atomic resolution.

As a result of this research, the team, led by Prof. Kylie Catchpole, set a new efficiency record of 27.7% for mechanically-stacked perovskite–silicon tandem cells. Prof. Kylie Catchpole says this would only need to improve slightly – to around 30% – before the technology could be rolled out around the world. At the moment, typical solar panels being installed on rooftops have an efficiency around 20%. 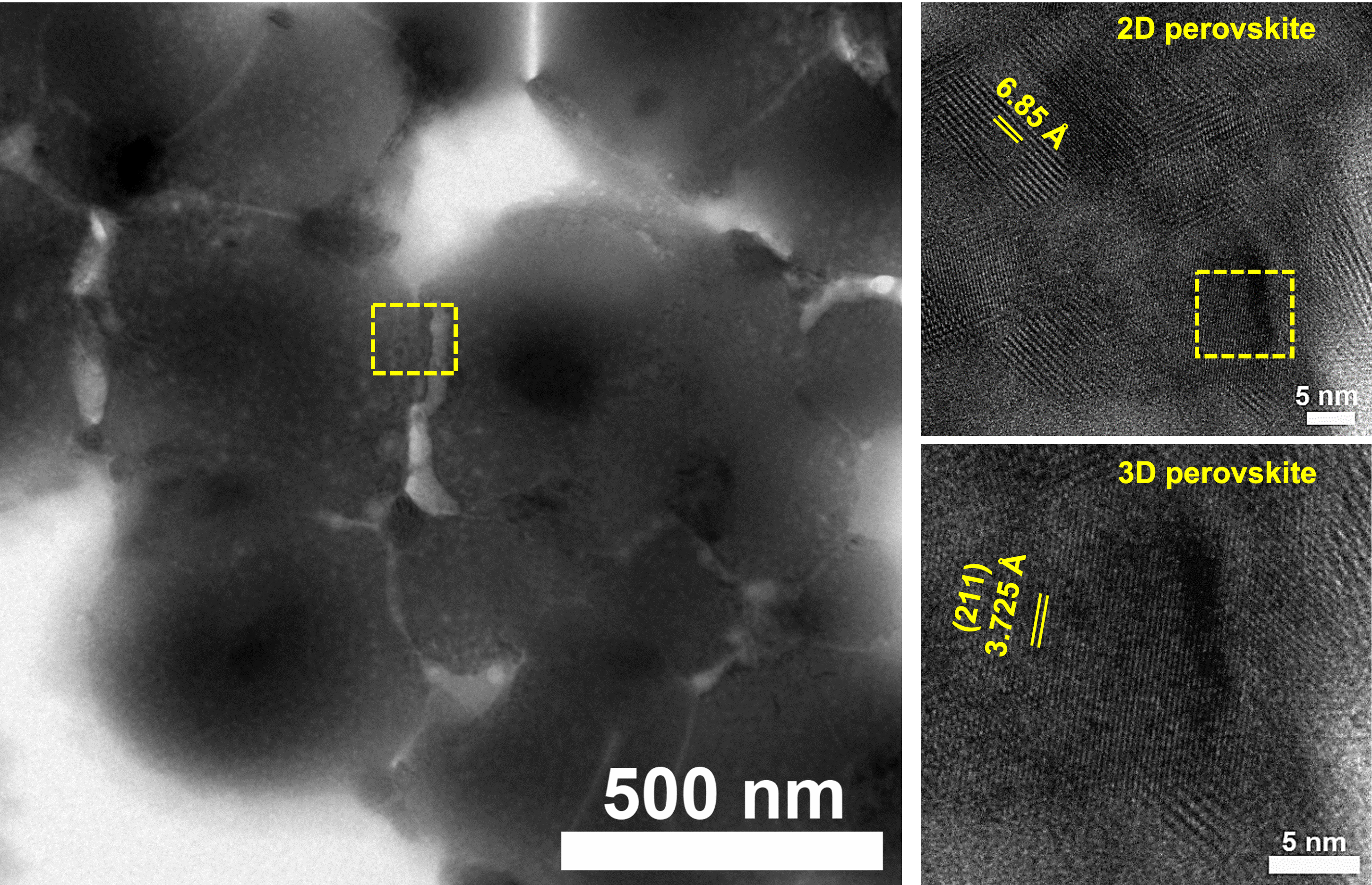 Transmission electron micrograph of the perovskite film taken at the Centre for Advanced Microscopy, ANU. Credit: Dr The Duong

“Silicon solar cells currently dominate the market, however the efficiency of silicon solar cells is going to reach the limit in the next five to 10 years. This result demonstrates the potential of tandem solar cells. They can make better use of certain parts of the solar spectrum – for example, high energy blue photons. This will lead to more efficient and more cost effective solar cells and solar energy sources.” Professor Catchpole said.

“The coverage area of solar panels is the main contributor of the cost. So, if successfully commercialised, this technology could lead to a significant reduction in the cost of solar electricity, as well as lower energy bills.”

The team is now working on achieving an even higher efficiency and further improving the stability of the new solar cells.

The work has been financially supported by ARENA through the Australian Centre for Advanced Photovoltaics.

This research has been published in Advanced Energy Materials. 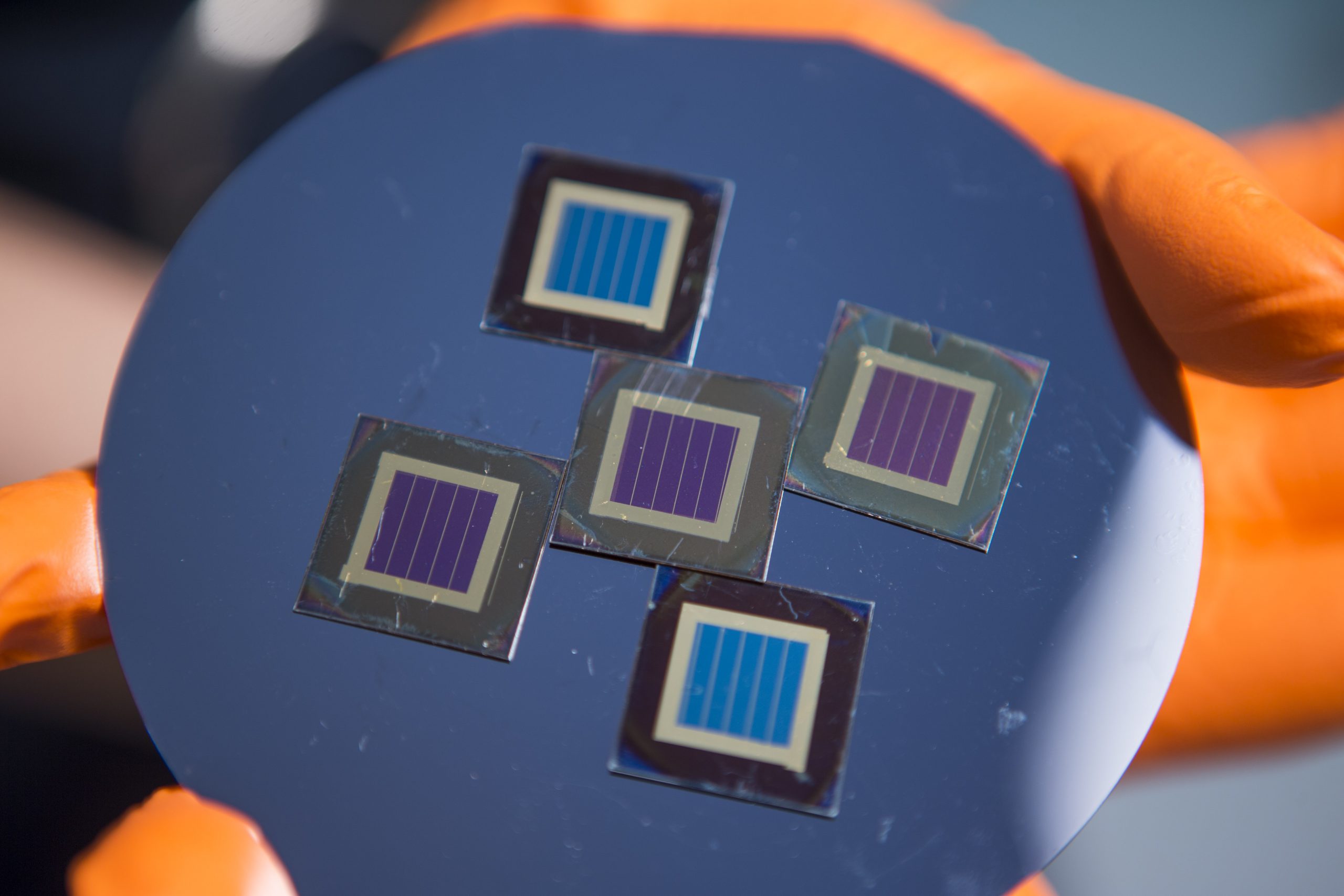 The new type of solar cell that is more efficient and cheaper to build than traditional cells.