For almost 4000 years the Vedic culture in India has used turmeric for its medicinal properties, but its active compound, curcumin, has long frustrated scientists hoping to validate these claims with clinical studies.

This is because curcumin is not easily absorbed by the body. This makes its effectiveness difficult to assess despite being touted as a potential treatment for cancer, heart disease, Alzheimer’s and many other chronic health conditions.

Now, research from the University of South Australia (UniSA) led by Prof. Sanjay Garg and his colleague Dr Ankit Parikh, along with international collaborators, has shown that curcumin can be delivered effectively into human cells via nanoparticles.

These nanoparticles were created by combining the curcumin with a polymer that increased its water solubility 20,000-fold. When taken orally this delivery method increased the bioavailibilty of curcumin 117-fold. These findings were published in a two-part study in Drug Delivery and Translational Research (part I and part II).

In part one of the study, scanning electron microscopy and differential scanning calorimetry analysis at our UniSA facility were used to study the effects of different ratios of the polymer and the curcumin. In addition, the polymer-curcumin nanoparticles were examined using transmission electron microscopy at our University of Adelaide facility, Adelaide Microscopy. 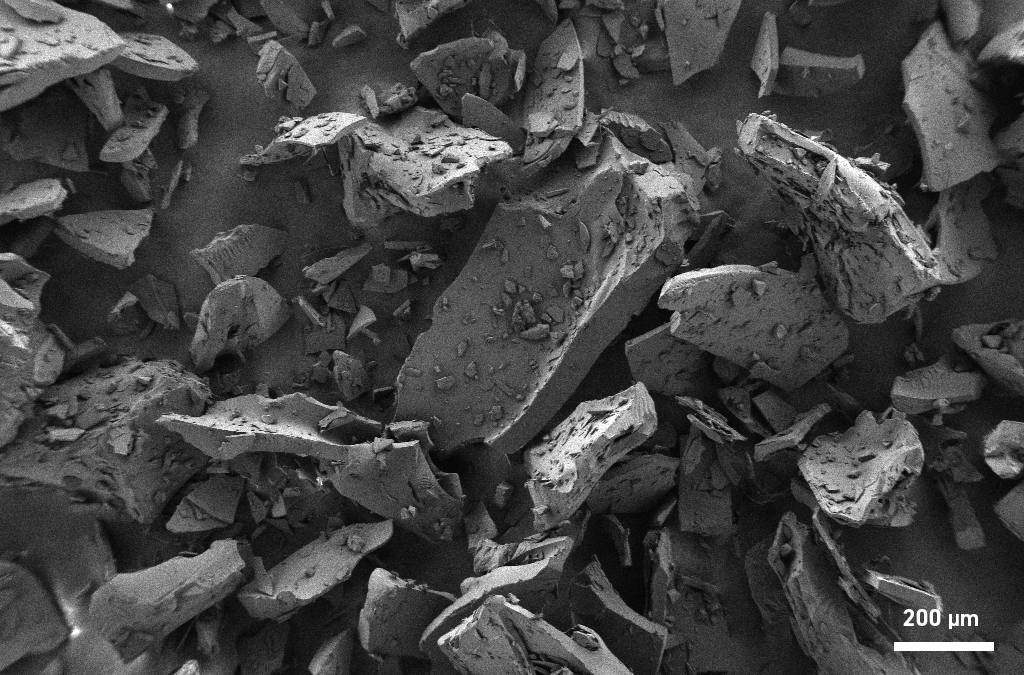 Scanning electron micrograph of curcumin from the study

In the second part of the study the researchers demonstrated that in a mouse model of Alzheimer’s disease the nanoparticles containing curcumin not only prevent cognitive deterioration but also reverse the damage. This finding paves the way for the development of clinical trials for Alzheimer’s.

One of the researchers, Prof. Xin-Fu Zhou, a UniSA neuroscientist, says the new formulation offers a potential solution for Alzheimer’s disease.

“Curcumin is a compound that suppresses oxidative stress and inflammation, both key pathological factors for Alzheimer’s, and it also helps remove amyloid plaques, small fragments of protein that clump together in the brains of Alzheimer disease patients,” Prof. Zhou says.

The same delivery method is now being tested to show that curcumin can also prevent the spread of genital herpes.

“To treat genital herpes (HSV-2) you need a form of curcumin that is better absorbed, which is why it needs to be encapsulated in a nano formulation,” Prof Garg says.

“Curcumin can also stop the genital herpes virus. Control of HSV-2 infection would assist in the prevention of HIV infection in the femal genital tract.

Their findings have been published in the International Journal of Molecular Sciences and Drug Delivery and Translational Research as part I and part II.