With both facilities housed in purpose built buildings and supported by strong technical teams, they provide access to equipment supported by complete workflows and training environments. 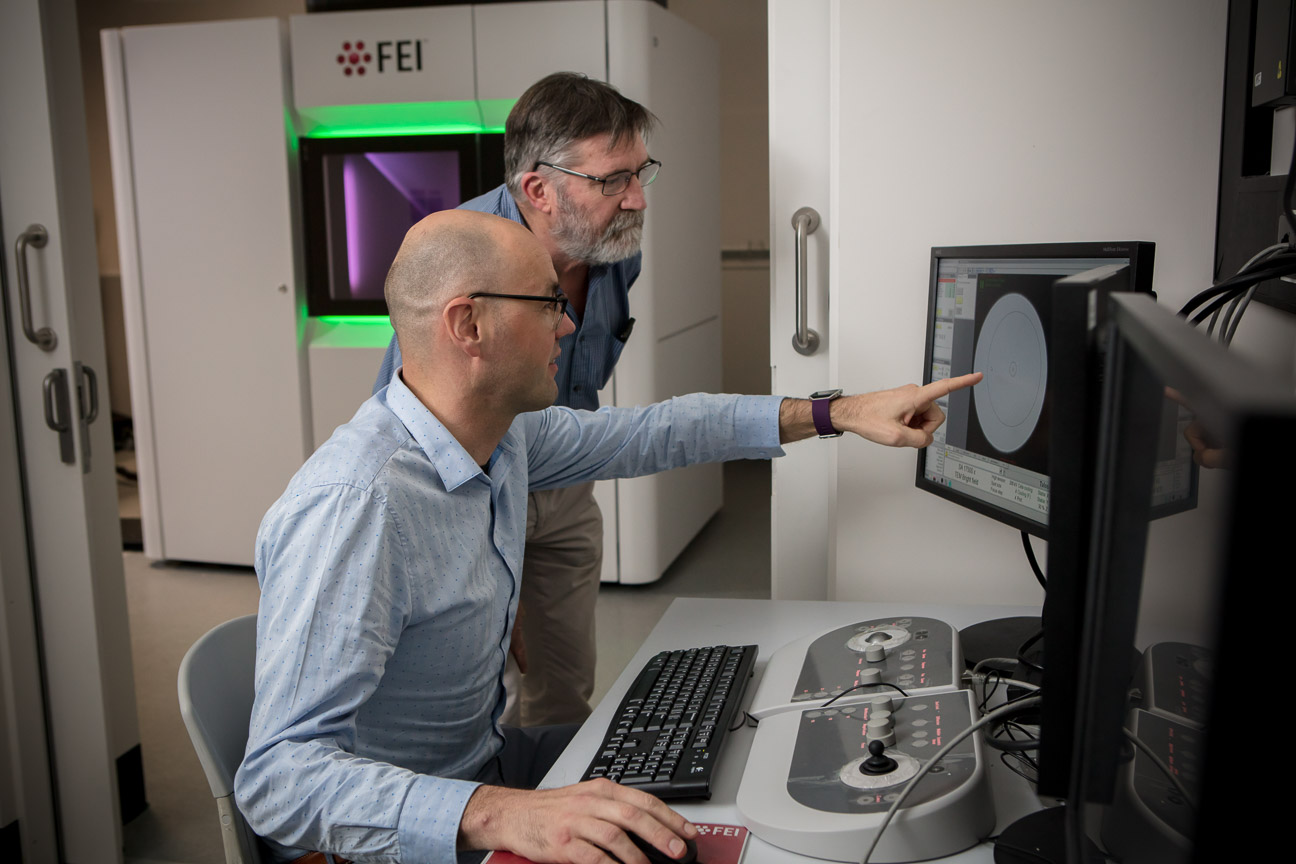 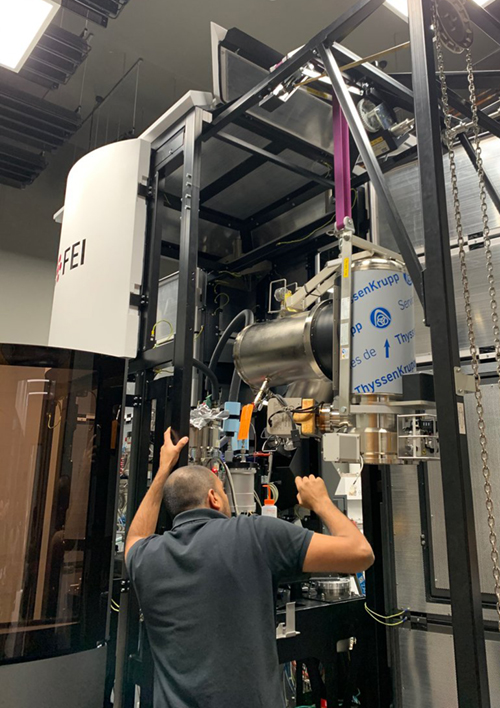 Molecular Horizon’s cryo-EM facility provides a full ‘sample-to-structure’ service for those external users with limited experience with cryo-EM and more tailored services, such as direct equipment access, for those with experience. The University of Wollongong’s cryo-EM facility collaborates with Thermo Fischer, to provide training workshops for external users focused on the various aspects of the cryo-EM workflow.

In an extraordinary find, a team of Australian researchers uncovered the world’s oldest fossils in a remote area of Greenland, capturing the earliest history of the planet and demonstrating that life on Earth emerged rapidly: at least 3.7 billion years ago.

Scanning electron microscopy at UOW’s EMC revealed that despite mild metamorphism the stromatolites retained their finely layered internal structure, which was created as the organism grew. 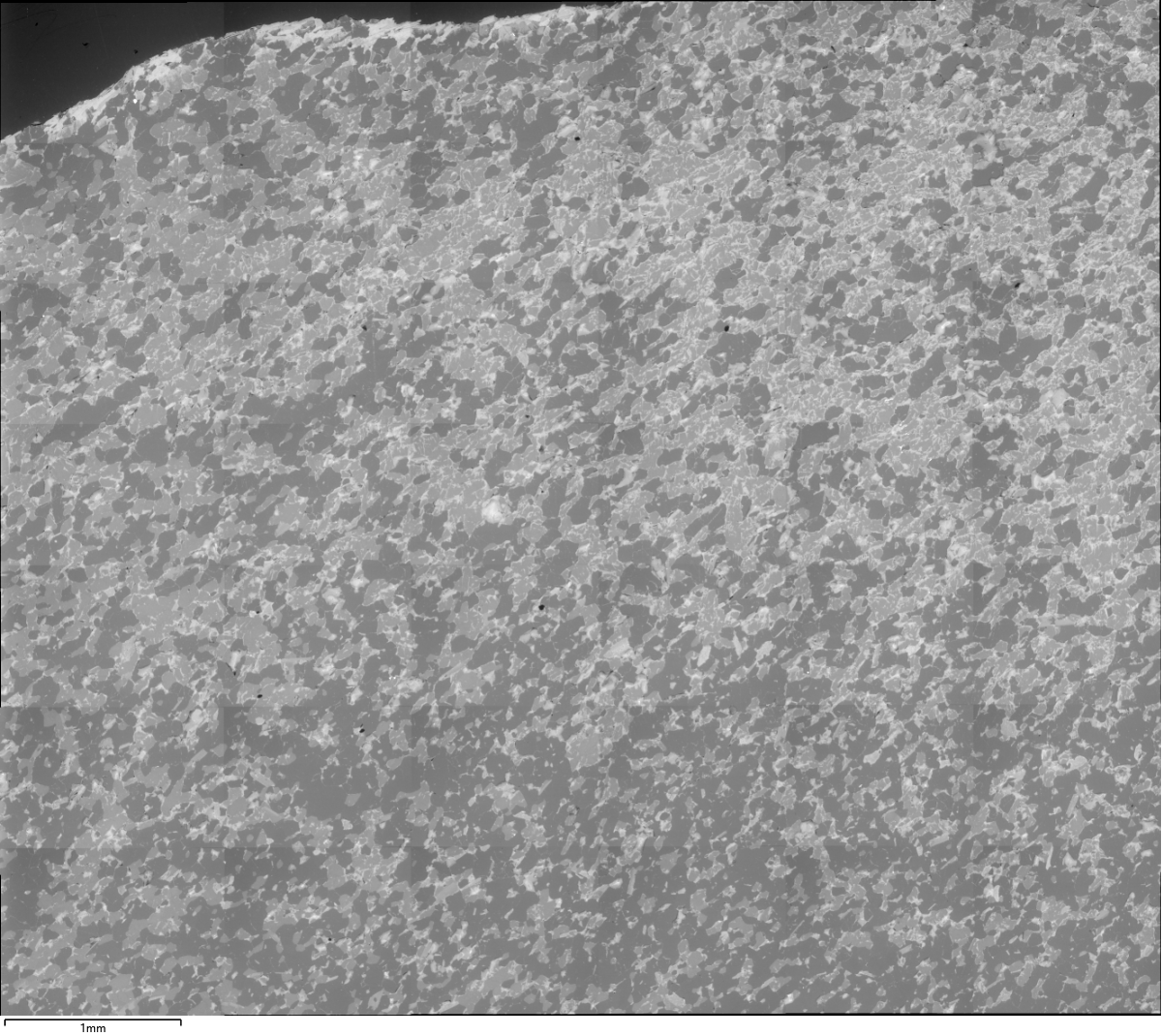 SEM backscattered electron image of the stromatolite. Variation in brightness is governed by quartz (duller) versus dolomite (brighter) grains.

“Stromatolites not only provide obvious evidence of ancient life that is visible with the naked eye, but that they are complex ecosystems. This indicates that as long as 3.7 billion years ago microbial life was already diverse.” Prof. Nutman said.

A/Prof. Vickie Bennett, from ANU said, “Rather than speculating about potential early environments, for the first time we have rocks that we know record the conditions and environments that sustained early life.”

Prof. Martin Van Kranendonk, Director of the Australian Centre for Astrobiology at UNSW, said it was a ground-breaking find that could point to similar life structures on Mars, which 3.7 billion years ago was a damp environment.

“The structures and geochemistry from newly exposed outcrops in Greenland display all of the features used in younger rocks to argue for a biological origin,” Prof. Van Kranendonk said.