Using waste to clean the planet

Researchers at Flinders University are turning by-products of the petroleum industry and waste cooking oil into a tool for resource recovery and environmental decontamination.

Environments polluted by mercury and other heavy metals, oil spills and toxic chemicals such as PFAS cause untold damage to health, habitats, and animal and plant life and prevent the productive use of the contaminated land. This pollution can result from mining operations, energy production, industrial effluent, oil extraction and transport, and fire-fighting operations.

For example, the negative impact of environmental mercury on children’s brain development is costly. It is estimated at $8.7 billion annually in the USA, and €9 billion annually in the EU. Oil spills are another major global issue, with around 7000 tonnes of crude oil spilling from tankers into oceans in 2017 alone. The explosion on the Deepwater Horizon offshore drilling rig in 2010 led to the release of approximately 4.9 million barrels of crude oil into the Gulf of Mexico. Cost-efficient remediation of contaminated environments is a priority.

Polymers developed at Flinders University by A/Prof. Justin Chalker and his team, and made from the industrial waste materials, sulfur and used cooking oil have been shown in successful field trials to securely bind toxic forms of mercury and remove it from the environment. These polymers also soak up oil like a sponge, allowing oil spills to be removed from water, the oil recovered, and the polymer regenerated for further use.

Tests of another non-toxic variation of this patented polymer recently showed it can absorb PFAS contaminants from water at the contaminated Edinburgh air base. There are also additional applications in residue-free slow-release fertiliser.

The team have used a combination of Raman, scanning electron microscopy, and elemental analysis in the Microscopy Australia facility at Flinders to help understand the properties of their polymers. 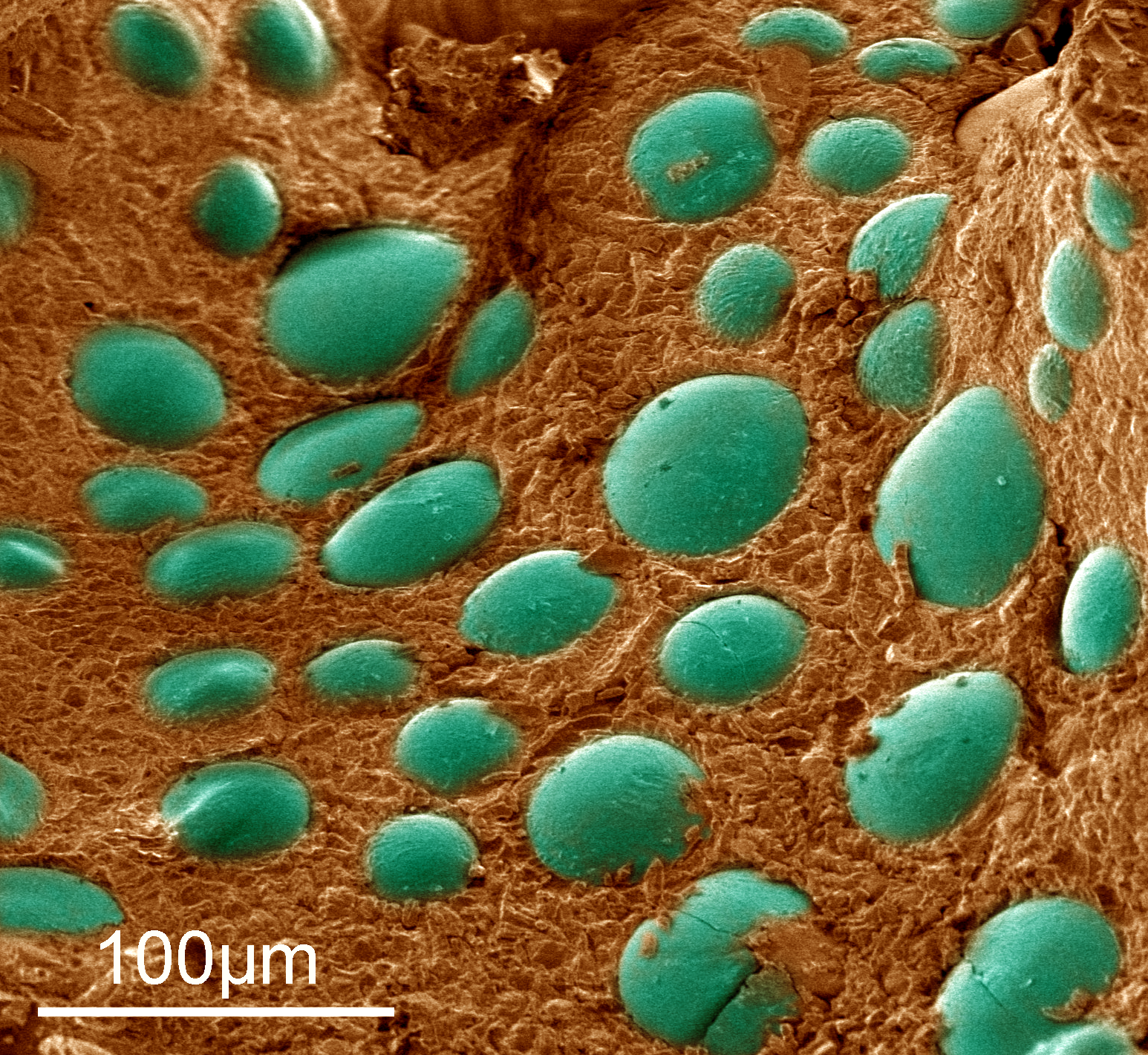 The patents for these polymers were recently bought by Singapore-based company, Clean Earth Technologies (CET). The deal also provides ongoing funding for collaboration with the Flinders team.

CET plan to manufacture the polysulfide at a plant in Adelaide. Manufacturing of the production equipment for the plant is also being undertaken locally, creating jobs and boosting the economy.

The polysulfide can be synthesised on a large scale, for cost-effective: 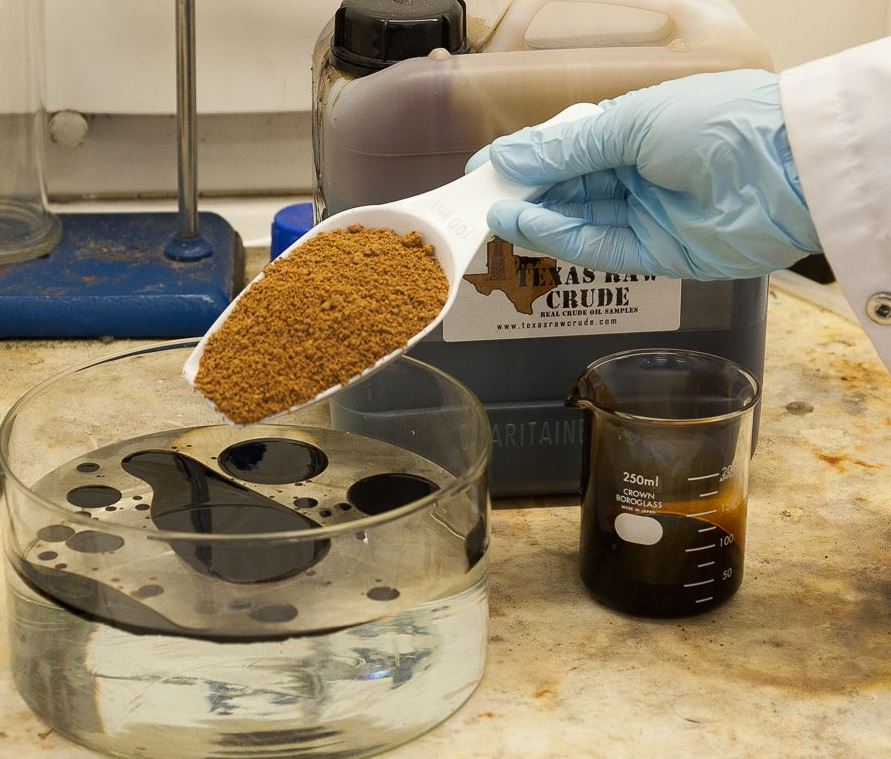 A demonstration of how the polymer sponge adsorbs oil