When meteorites hit the Earth, a crater forms violently and very fast, lifting deep-seated rocks from the centre of the impact area to the surface in seconds. Measuring the consequent geological deformation at different scales in these complex impact structures is tricky. If microscale mineral deformation can be correlated with macroscale crater-formation processes, we can better understand how the Earth’s surface behaves during meteorite impact.

The Woodleigh crater near Shark Bay, WA was created by a meteorite impact about 360 million years ago. It is buried below younger sedimentary rocks that obscure its macroscale features, including its size. Estimates of the crater diameter vary between 60 and 120km. Research student Morgan Cox from Curtin University, under the supervision of Dr Aaron Cavosie, is studying core samples from the Woodleigh crater. The samples were collected by the Geological Survey of Western Australia from 300m below what is thought to be the centre of the crater.

Electron microscopy, including electron backscatter diffraction analysis, in the Microscopy Australia Linked Lab at Curtin, revealed tiny areas of a mineral named reidite. This extremely rare mineral only occurs in rocks subjected to the incredible pressure created when space rocks slam into the Earth’s crust. Reidite forms when the common mineral zircon is transformed during the massive pressure of impact. 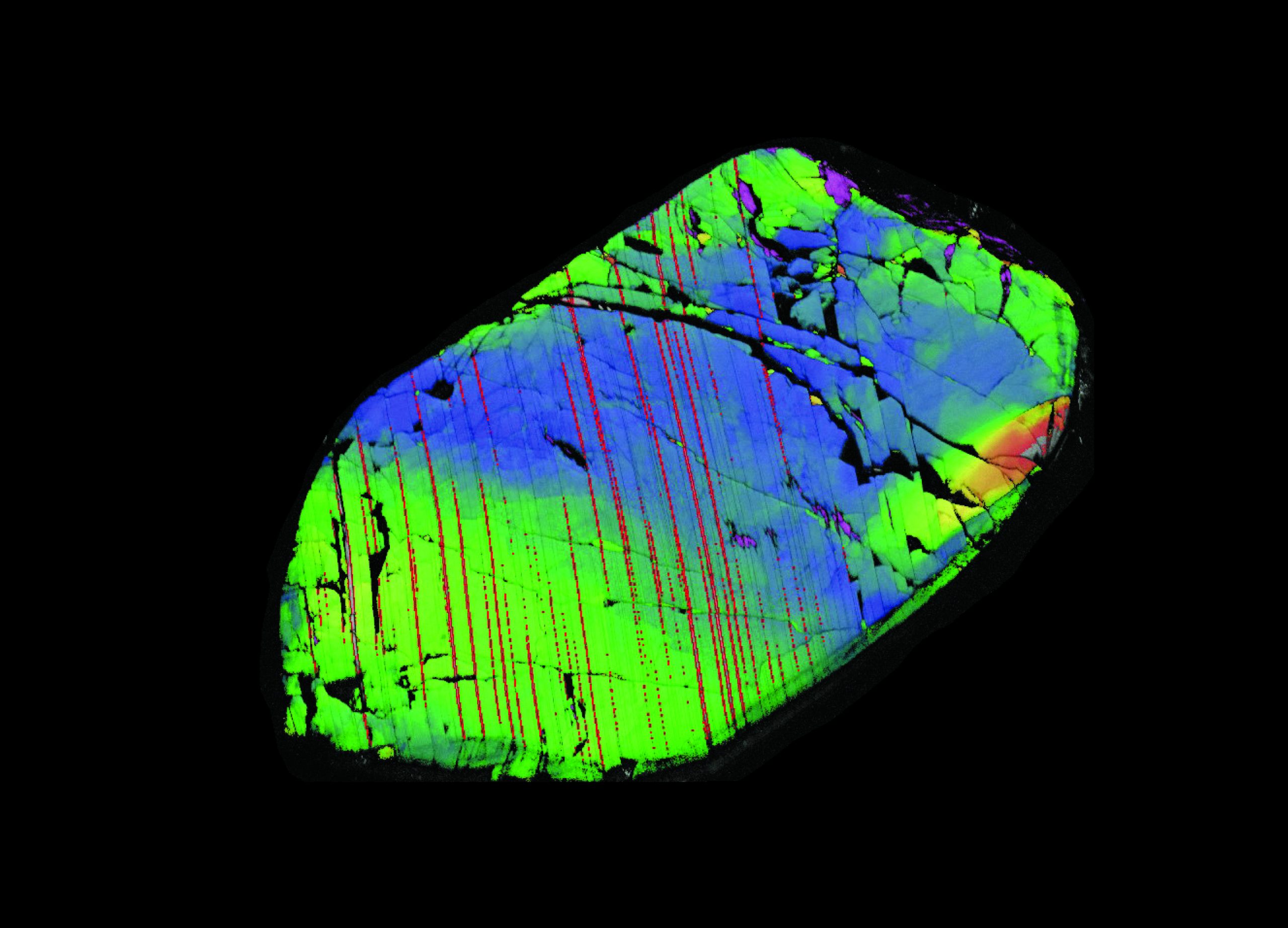 Electron diffraction image of a shocked zircon that was partially transformed to reidite. Red lines are deformation twins; reidite is shown in purple.

The researchers also found microscopic structures called deformation twins that only form in zircon grains shocked by impact. Analysis revealed that reidite formed first during the initial shock-compression stage. The twins then formed during the post-compression stage, when a lower pressure shock wave lifted the formerly compressed crust rapidly upwards.

The discovery of reidite near the base of the core suggests a relatively large crater. The research team is now using numerical modelling to refine the size of Woodleigh. If its diameter is greater than 100km, as now seems likely, it will be the largest-known impact crater in Australia, and the fourth largest known on Earth. The third largest is the Mexican crater (Chicxulub, largely underwater), formed by the meteorite impact that led to the extinction of the dinosaurs. 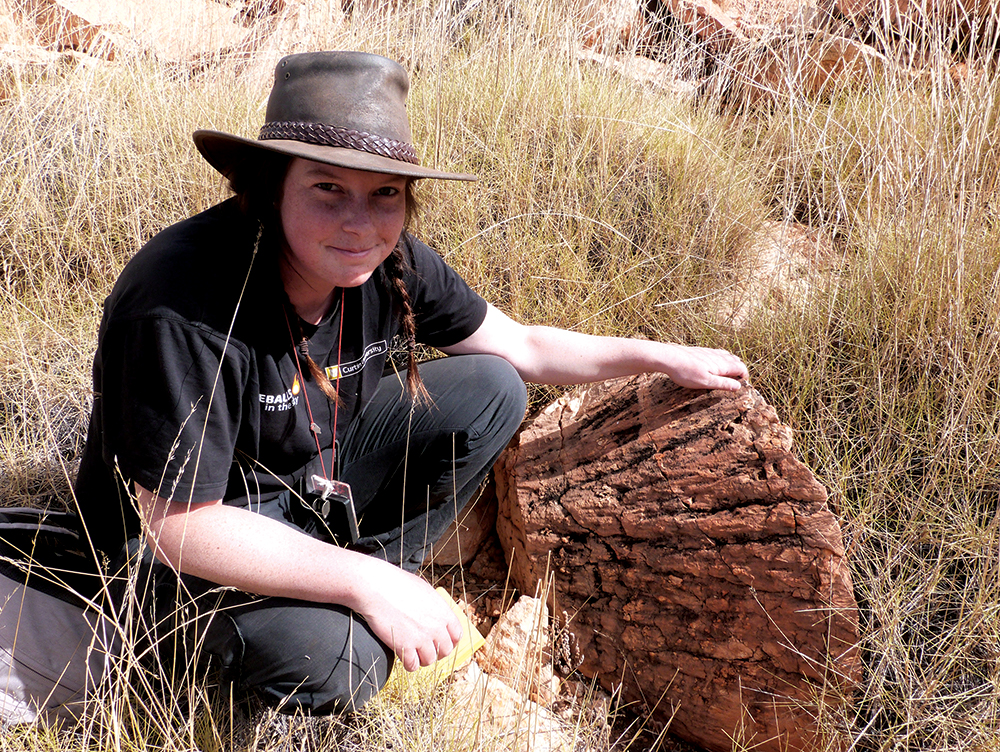 Morgan Cox in the field.

Drill core from the central uplift of the Woodleigh crater.