The transistor is the building block for all electronics, and typically involves sending electrical currents through silicon. Every computer and phone has millions to billions of silicon electronic transistors, but this technology is reaching its physical limits where the silicon atoms get in the way of the current flow, limiting speed and causing heat.

Ms Shruti Nirantar, A/Prof. Sharath Sriram and their team of researchers at RMIT University, have engineered a new type of transistor that sends electrons through nanoscale air gaps without the need for any semiconductor. At the nanoscale the number of air molecules in the gaps is insignificant. Therefore, no collisions occur to slow down electron flow and to produce heat.

Ms Nirantar has tested electrodes made of tungsten, gold and platinum for their electron emission properties. She found that the performance depends on the material properties of the metals, especially for stability and the on/off ratio. Their finding proves tungsten-based transistors to be ideal for practical applications, although the properties of the different metals could bring benefits in different scenarios.

The team used the Microscopy Australia Linked Laboratory the RMIT Microscopy and Microanalysis Facility to study the device structure and identify operation mechanisms. Microscopy showed that the gaps between electrodes were small enough (11–34nm) for electrons not to encounter significant interactions with air molecules. They used the Australian National Fabrication Facility, another NCRIS facility, to make their test devices.

Research leader A/Prof. Sriram said that the design solved a major flaw in traditional solid channel transistors. This promising proof-of-concept design for nanochips could revolutionise electronics although a great deal of further work is required to make such devices a reality. 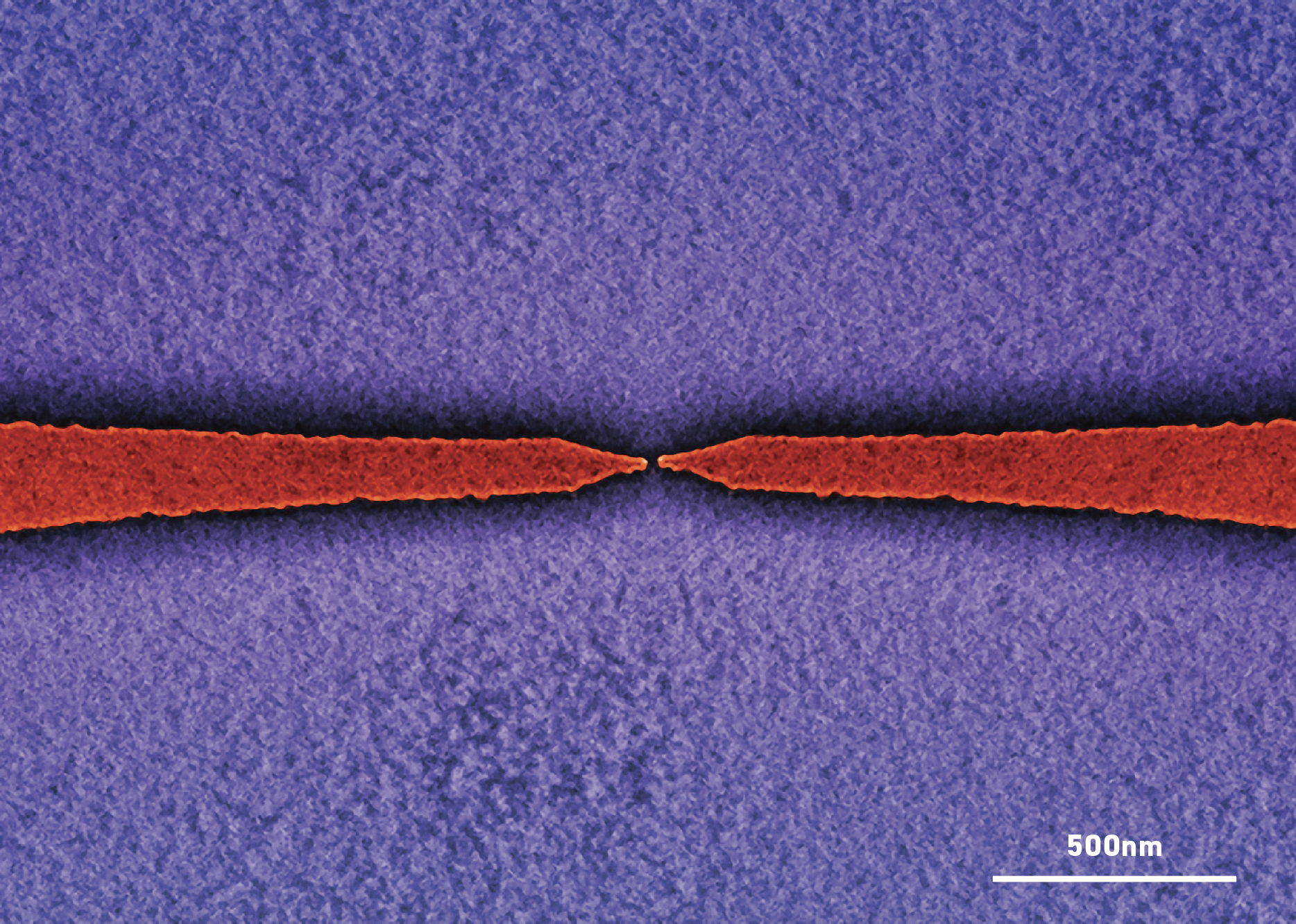 Colour-enhanced SEM image of a nanoscale gap in a metal electrode pair with strong electron transport.