Secrets of pregnancy in male seahorses

Sydney University researchers have discovered important differences between mammalian pregnancy and male pregnancy in seahorses revealing a significant evolutionary divergence of both the anatomy, and control of the birth process, across the animal kingdom.

Male pregnancy and live birth is a feature of all seahorses, pipefish and seadragons. Instead of a uterus, some species of male seahorse have a brood pouch and even a placenta to provide nutrients to the embryos. In a mammalian uterus, labour is initiated by oxytocin, which causes the smooth muscles of the uterus to contract. For a long time this was thought to be the case in the brood pouch of seahorses too. However, researchers at the Universities of Sydney and Newcastle, led by Dr Camilla Whittington, have revealed that this is not the case. Instead of smooth muscle contractions, the males have a unique anatomy and perform elaborate movements to expel their babies. 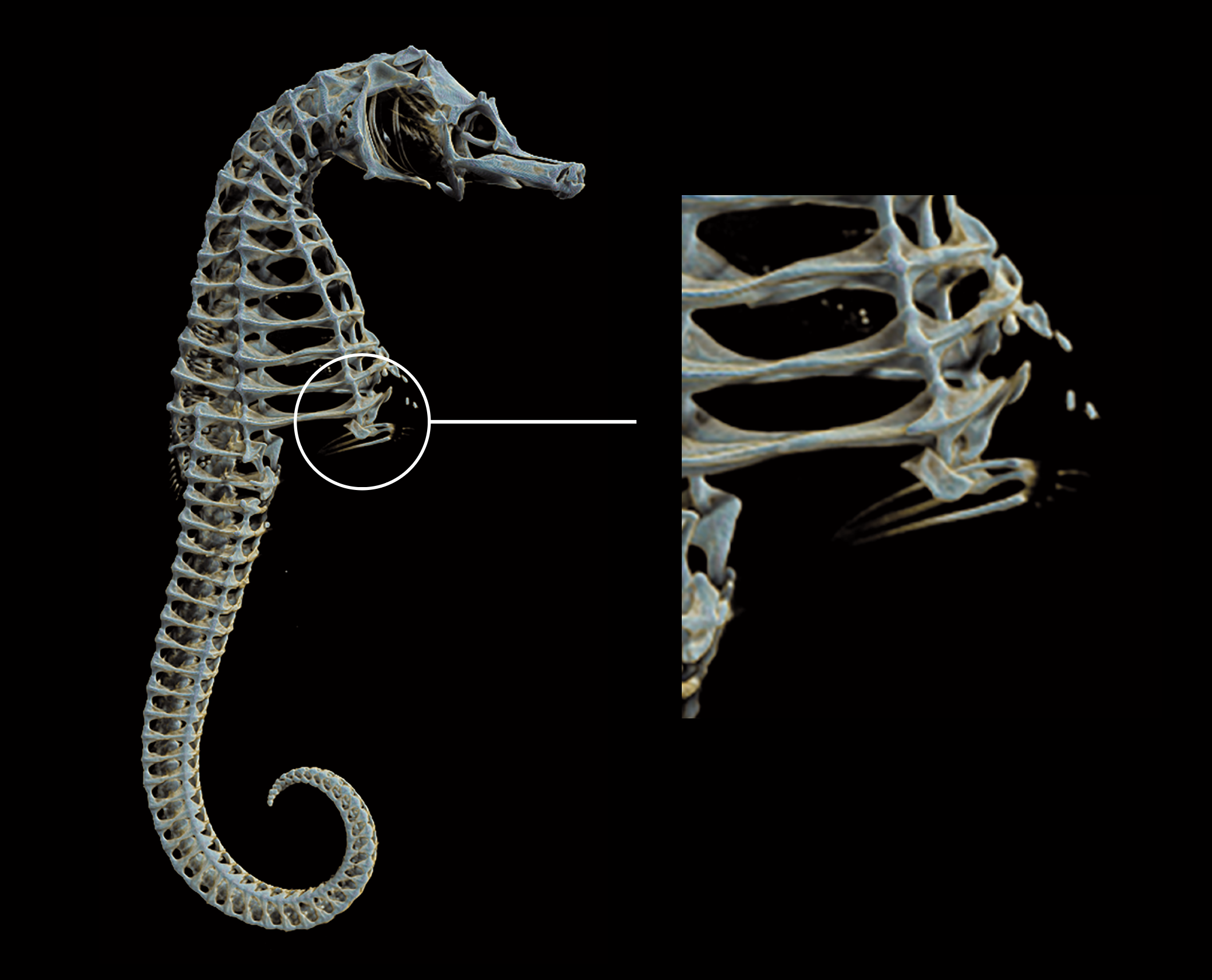 X-ray micro-computed tomography (micro-CT) at Microscopy Australia’s University of Sydney facility, showed that there are large skeletal muscles attached to three bones around the opening to the brood pouch. Skeletal muscle, unlike smooth muscle, can be consciously contracted. In other fish these three bones are associated with the anal fin but in the seahorse, they have evolved a new use, controlling the opening of the brood pouch. These results suggest that seahorse fathers can consciously expel their young at the end of pregnancy. They reveal a significant evolutionary divergence of both the anatomy, and control of the birth process, across the animal kingdom. 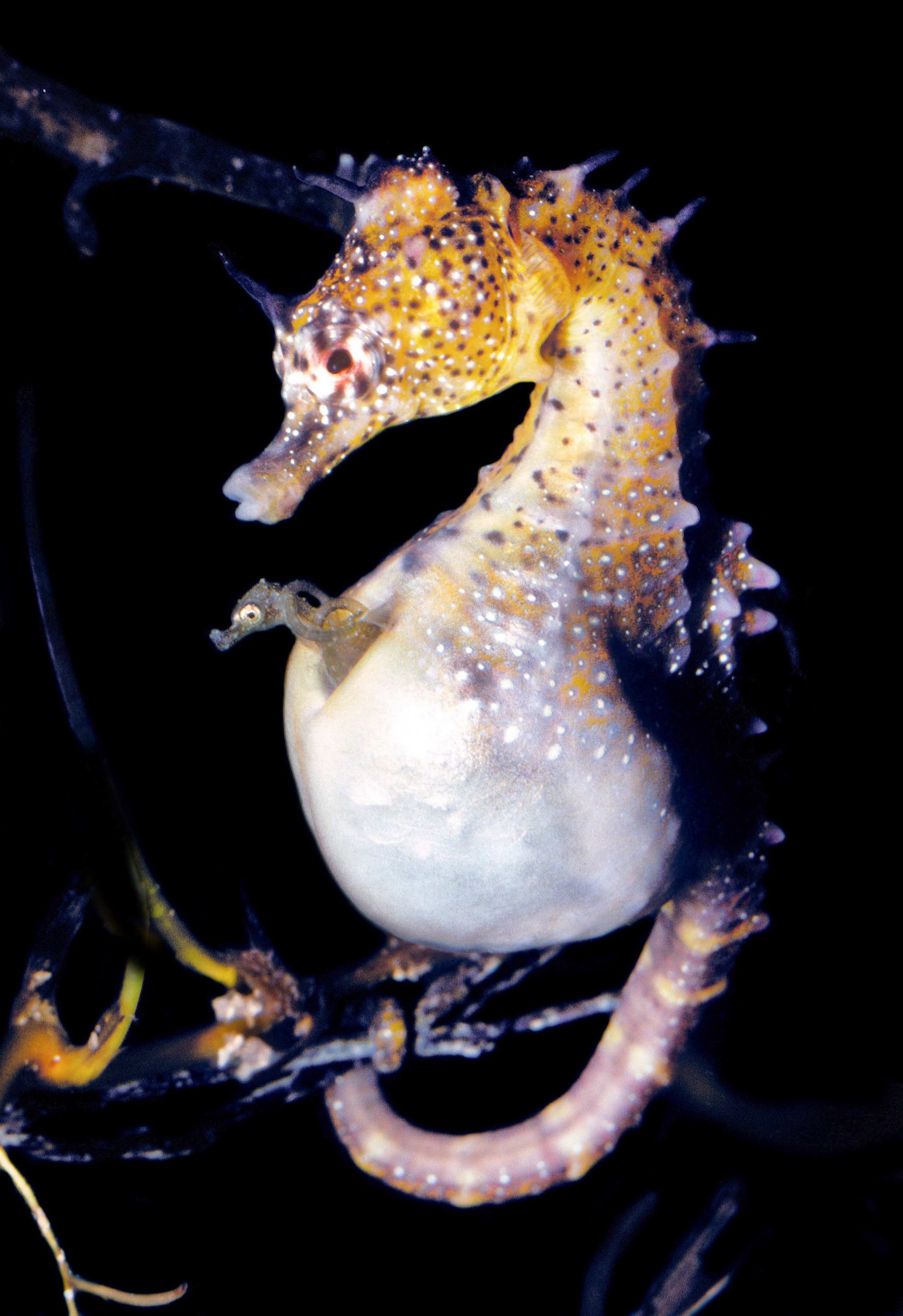