Monash University researchers have discovered that perovskite nanocrystals, developed for next-gen solar cells, change colour when exposed to a family of toxic chemicals called halomethanes. This effect being harnessed to identify contamination such as pesticides and chemical warfare agents.

The researchers, from the ARC Centre of Excellence in Exciton Science at Monash University, working with CSIRO and the Department of Defence, used perovskite nanocrystals made of cesium lead bromide. This is currently being explored to enhance solar cells, but its versatility has now been harnessed to sense the family of toxic chemicals called halomethanes. These chemicals are used as refrigerants (CFCs), propellants, fungicides and pesticides.

One of these halomethanes, methyl iodide is used to kill insects and fungi but can also be toxic to humans and damaging for the ozone layer if used incorrectly. This and many other related dangerous chemicals, are invisible and don’t smell, making it very difficult to tell if they are present in an environment without the use of time-consuming and expensive lab tests.

The researchers’ approach relies on the fact that the perovskite nanocrystals are very fluorescent and their reaction with the halomethanes causes a change in the colour of light they emit. For instance, the presence of methyl iodide causes the nanocrystal emission to shift from green to yellow, and then on to orange, red, and finally deep red, depending on the amount of chemical present.

“Here we showed that methyl iodide can react with such perovskites, and do so very quickly, following a simple chemical activation step. Critically, this activation step cuts the response time of the sensor from a few hours to just a few seconds.

“Although the chemical mechanism is very complicated, the outcome is just a colour change of the light produced by the nanocrystals, which is very easy to detect,” Wenping said.

The new mechanism has the widest range, highest sensitivity and quickest response ever achieved for a technique that doesn’t rely on expensive laboratory instrumentation. The reaction involves exchanging bromide from the nanocrystal with iodide from the methyl iodide. This takes place within the nanocrystal and changes the structure of the perovskite itself, resulting in the colour change. The extent of the colour change depends directly on the concentration of methyl iodide. These structural changes were recorded in the transmission electron microscope at the Microscopy Australia facility at Monash University. 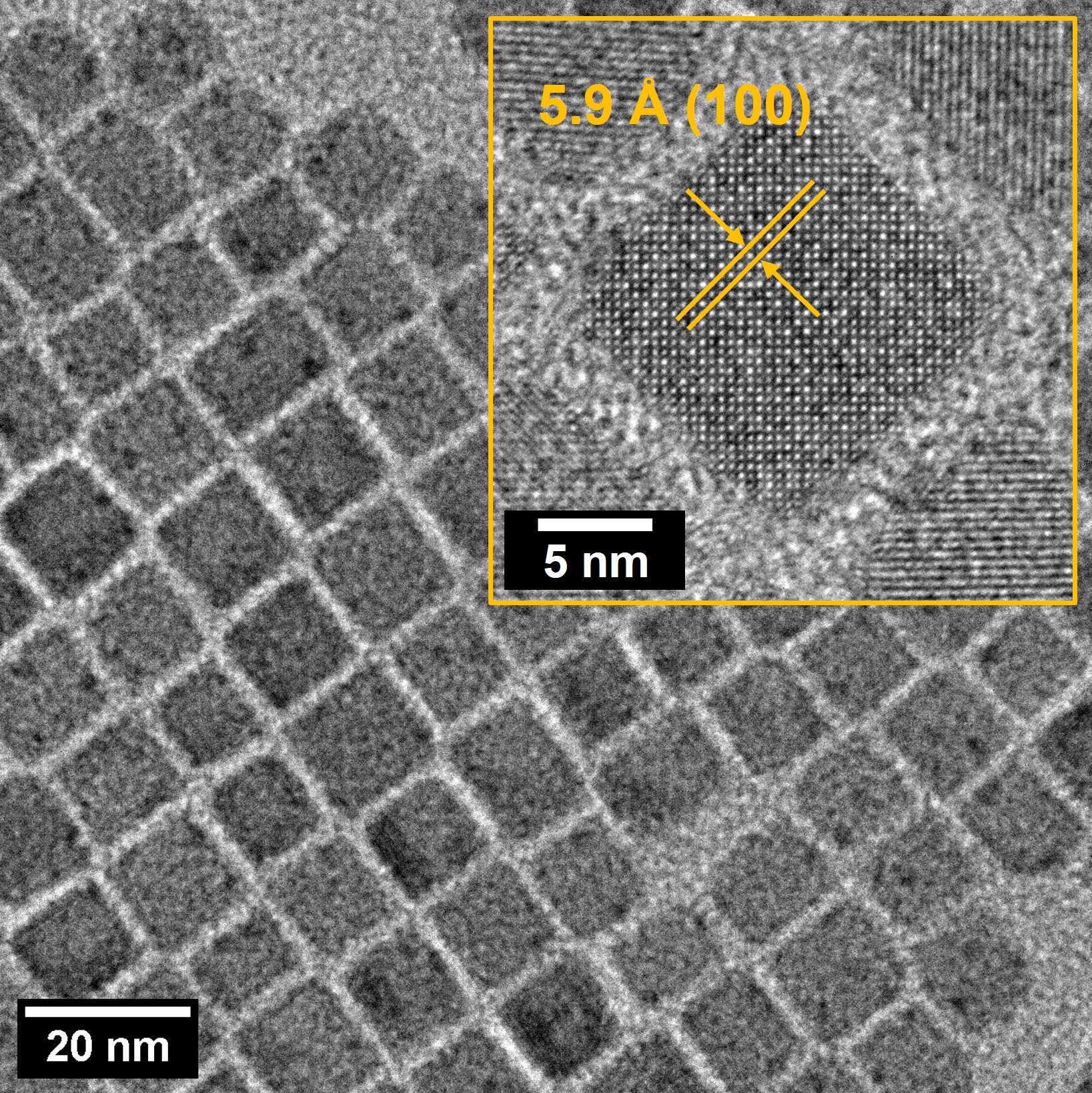 The researchers now hope their findings will provide a platform for building a test device that can be used in real-world applications.

Senior author Prof. Jacek Jasieniak said: “We’ve understood the foundational mechanism for what’s needed to undergo this colourimetric sensing. Now it’s about building a prototype sensing device. It needs further development to realise its true potential for broader detection of different types of methyl halide species, as well as pesticides and chemical warfare agents, like teargas, and mustard gas, but the stage is set.”

Defence scientist and Industry Partner Investigator, Dr Genevieve Dennison said: “We are very excited about the potential demonstrated by this work and are looking forward to applying the technology to protect our military and first responders.”

Read the paper in ACS Nano.