Dengue is the most significant mosquito-borne viral disease in the world. With an estimated 390 million cases annually, it results in approximately US$6.9 billion in economic losses.

Now Dr David Muller and the vaccine team at the University of Queensland (UQ) have developed a promising dengue vaccine candidate that provides strong immunity in mice when given using the high-density micro-array patch (HD-MAP). Both the vaccine and the HD-MAP were developed using Microscopy Australia’s UQ facilities.

The HD-MAP, developed at UQ by Prof. Mark Kendall’s team, is now being commercialised by Vaxxas and was highlighted in the World Economic Forum’s 2020 report on the top ten emerging technologies. It delivers vaccines that have been dry-coated onto 5000 tiny projections directly to very receptive immune cells in the skin. This generates a much stronger immune response than is elicited by traditional injections into muscle.

The new dengue virus vaccine candidate has been created using a harmless Australian insect virus called Binjari, combined with the surface molecules from dengue. This makes a safe, chimeric virus particle that can be multiplied easily in insect cells in the lab but is incapable of infecting humans. When used as a vaccine, it presents the human immune system with a particle that looks exactly like the dengue virus.

This new Binjari-based vaccine development platform has already been shown to protect mice against Zika, West Nile and yellow fever viruses. However, to get a good immune response from non-replicating vaccines can be hard, which is why the team used the HD-MAP, known to give very strong immune responses. That is exactly what they found with the dengue vaccine. All the mice that got the vaccine from an HD-MAP were fully protected from infection. Microscopy Australia’s UQ facility was used to image the chimeric virus particles, HD-MAPS and the vaccine coatings. 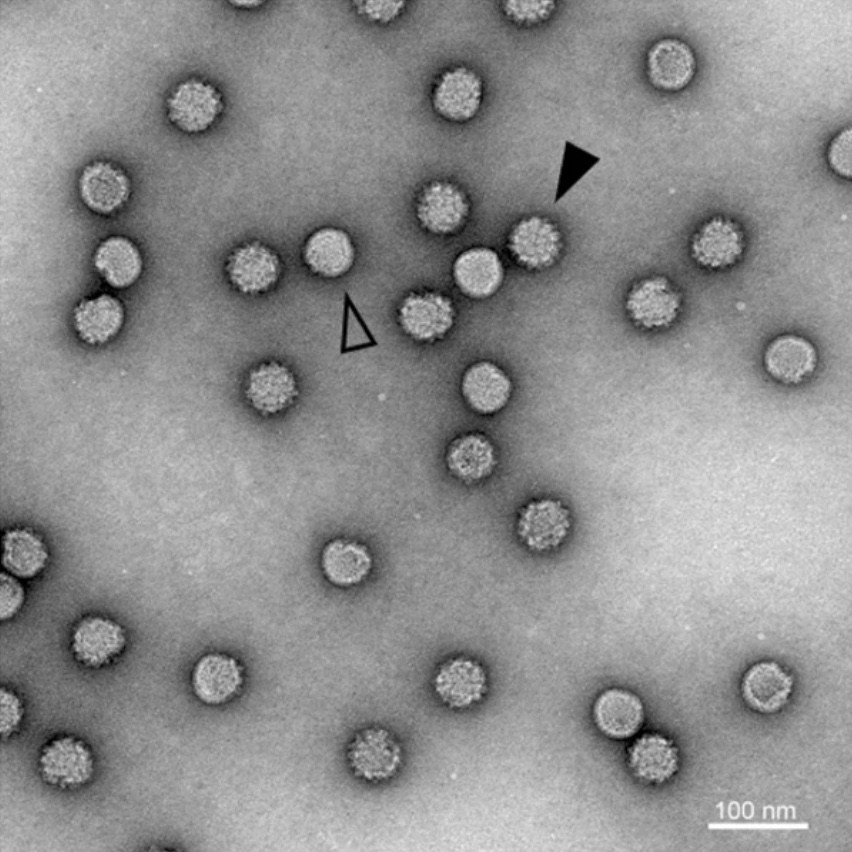 UQ’s Dr Jody Hobson-Peters said “This was only the start, with the research team looking to apply these techniques more widely. We’re now expanding our ongoing pre-clinical studies to all four of these forms of dengue virus. We’re also looking to adapt this technology to other viruses, like Zika virus, West Nile virus and Japanese encephalitis virus. These are daunting diseases but cheap, easy and accessible vaccinations for them might one day be just a click away.”