A/Prof. Anthony O’Mullane, from the Queensland University of Technology (QUT), has developed a technique for the isolation of nanostructured metallic gold from aqueous gold salts using liquid metal.

This will be a key step in the development of gold and silver nanostructures that use light to mediate and speed up a range of reactions. This has applications where the nanometals can be used to clean up water by degrading organic contaminants, such as dyes, present in industrial waste.

A/Prof. O’Mullane modified the surface of a liquid metal called Galinstan (70% gallium, 20 % indium and 10% tin) by immersing it into an aqueous gold salt solution. 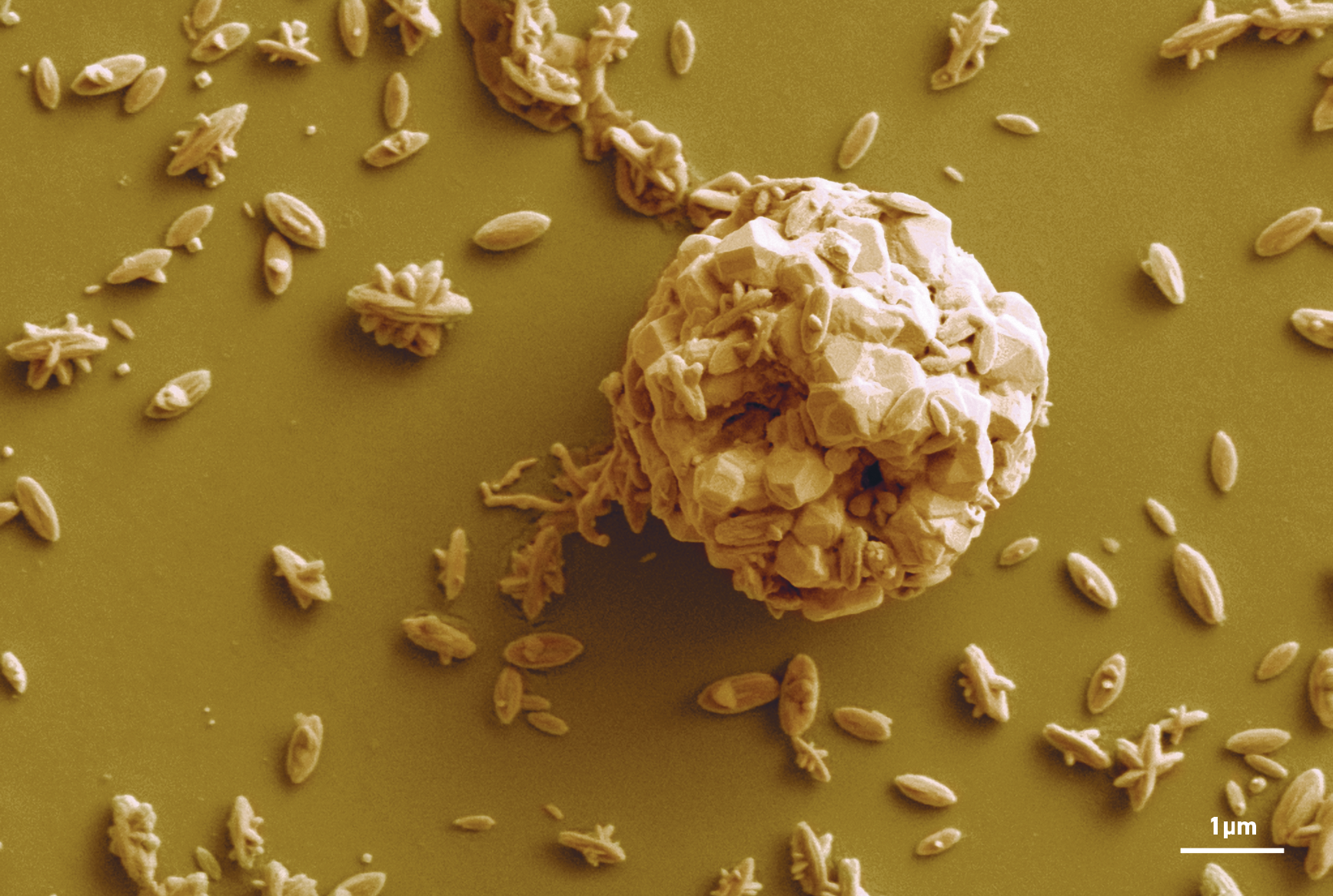 Nano-rice particles accumulating on a liquid metal microdroplet surface after ultrasonic processing of the liquid.

This initiated a process where gallium was oxidised at the surface, providing electrons that reduced the gold salt to metallic gold. Under scanning electron microscopy (SEM), transmission electron microscopy (TEM) and elemental analysis at Microscopy Australia’s linked laboratory at QUT, it was found that gold ions were recovered from the solution as nanostructures on the surface of the liquid metal. The same process was demonstrated for recovering silver nanoparticles.

Additionally, when the liquid metal was vibrated using ultrasonic waves, microdroplets formed, and as the oxidation process was repeated, structures resembling ‘nano-rice’ were observed, covered with gold or silver nanoparticles. These newly synthesised materials have since shown to be effective light-reactive substances that mediate a range of chemical reactions.