The University of Sydney’s Tissue Engineering and Biomaterials Research Unit and the Australian Research Centre for Innovative BioEngineering have developed a hypersensitive nano-sensor to detect harmful ‘free’ iron disorders.

Chronic iron imbalances – having either too little or too much iron in the blood – can result in medical conditions ranging from anaemia and haemochromatosis through to more severe diseases, such as cancer, Parkinson’s Disease and Alzheimer’s Disease. Haemochromatosis is one of Australia’s most common hereditary diseases and the Australian Bureau of Statistics estimates approximately 780,000 people live with anaemia. More than 30% of the world’s population lives with an iron imbalance.

PhD candidate, Pooria Lesani, who is working with Prof. Hala Zreiqat and Dr Zufu Lu, has developed a multipurpose nanoscale bio-probe that allows researchers to precisely monitor iron levels in cells, tissue, and body fluids at incredibly low concentrations (1 nanomolar). The carbon-based quantum dot is made from vitamin C and an amino acid called arginine and includes a fluorescent molecule called FITC. The quantum dots are very reactive and the negative charges on their surface preferentially bind iron ions. When stimulated with UV light, the bound iron interacts with the FITC to reduce its fluorescence, making this system a highly sensitive iron detector. The test is more sensitive and specific than current blood tests for iron disorders allowing for a more accurate disease diagnosis before the onset of symptoms, potentially allowing for the early treatment and prevention of more serious diseases.

Tested on pig skin, the nanoprobe outperformed current techniques for deep tissue imaging, and rapidly penetrated biological tissue to depths of 280 micrometres and remained detectable at depths of up to 3 millimetres – in synthetic tissue. This was measured using two-photon confocal microscopy at Sydney Microscopy & Microanalysis, a Microscopy Australia facility. 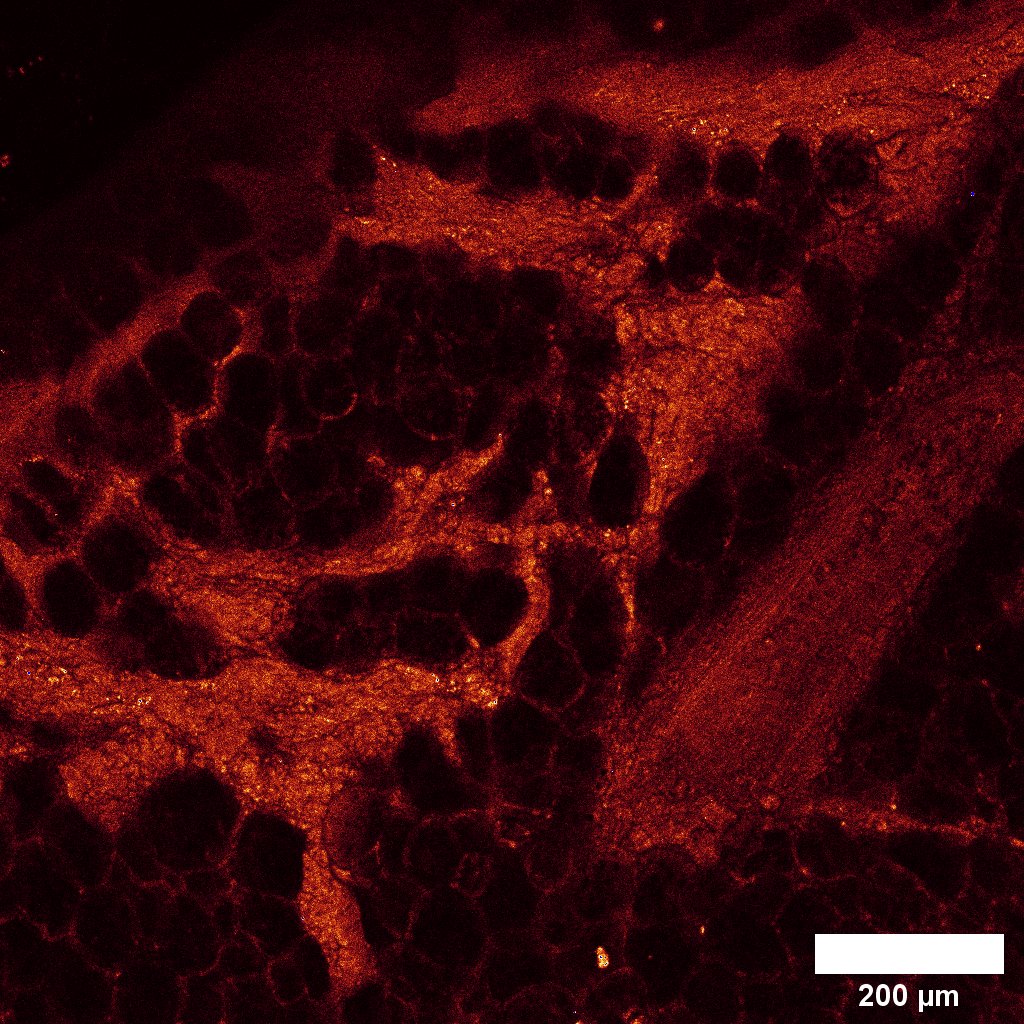 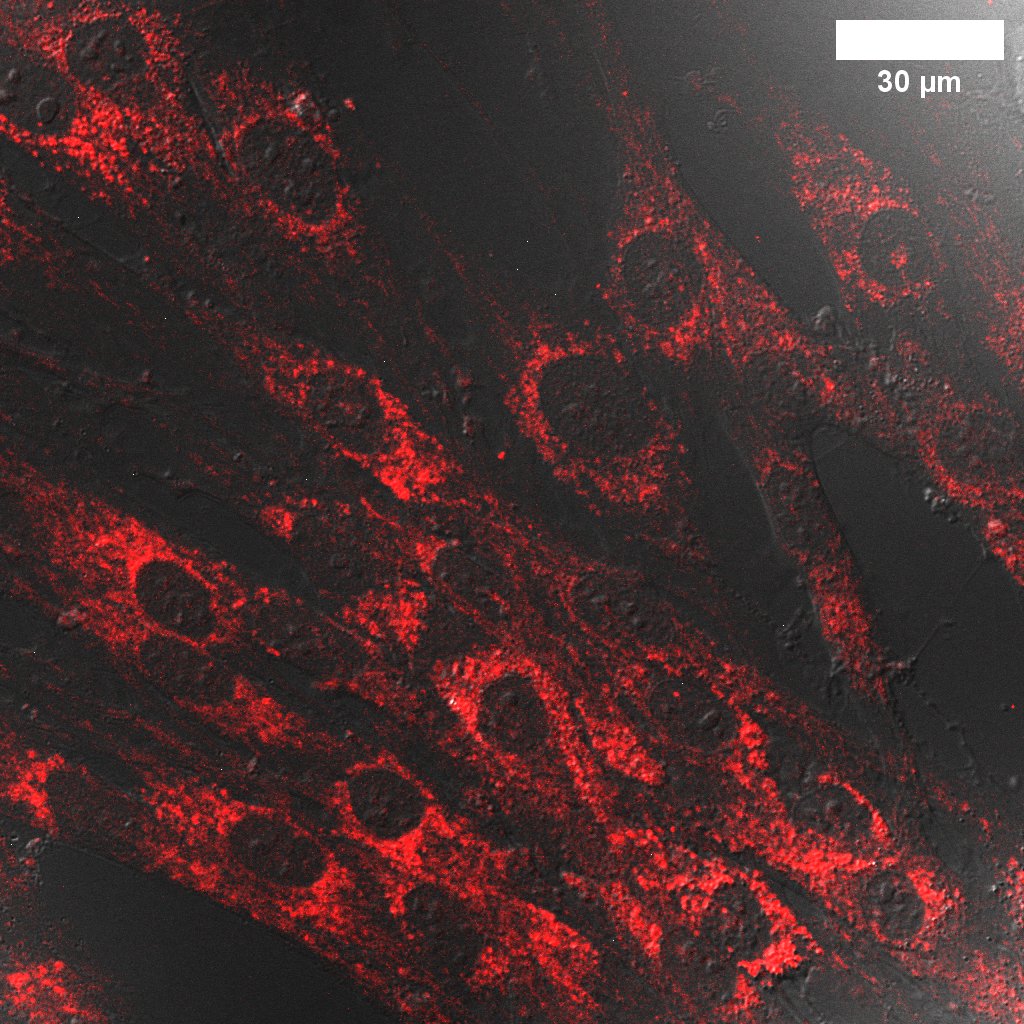 Confocal micrograph of skin cells grown in a petri dish

“Our most recent testing demonstrated a rapid detection of free iron ions with remarkably high sensitivity. Iron could be detected at concentrations in the parts per billion range, a rate ten times smaller than previous nano-probes. Our sensor is multifunctional and could be applied to deep-tissue imaging, involving a small probe that can visualise structure of complex biological tissues and synthetic scaffolds.” said Mr Lesani from the Tissue Engineering and Biomaterials Research Unit and the ARC Centre for Innovative BioEngineering.

The team aims to test the nanoprobe in larger animal models, as well as investigating if it can be integrated into a “lab-on-a-chip” sensing system – a portable, diagnostic blood testing tool which could allow clinicians to remotely monitor their patients’ health. Lab-on-a-chip systems are relatively simple to operate and require only small blood volume samples from the patient to gain an accurate insight of potential ferric ion disorders in the body, assisting early intervention and prevention of disease.

The nano-sensors can also be made from agricultural and petrochemical waste products, allowing for low-cost, sustainable manufacturing.