The glucagon-like peptide-1 receptor (GLP-1R) is important in regulating the body’s glucose and energy balance making it a valuable target for diabetes and obesity treatments.

The receptor is normally activated by the binding of a peptide hormone called GLP-1. Peptide drugs that mimic the action of GLP-1 by binding to the receptor are among the most important agents used to treat type 2 diabetes. However, as they are peptides, they are easily broken-down during digestion. They therefore need to be injected, which is not ideal for long-term patient compliance and convenience. Attempts to develop non-peptide drugs that can be taken orally and that will bind to, and activate GLP-1R, have had only limited success. However, that is now changing with three non-peptide drugs currently in clinical trials.

An international collaboration, led by A/Prof. Denise Wooten and Prof. Patrick Sexton at Monash University, has studied how these new non-peptide drugs bind to GLP-1R.

In work published in a series of high impact papers, the team used high resolution cryo-electron microscopy (cryo-EM) at our Monash University facility, the Ramaciotti Centre for Cryo-EM, and showed that each of the non-peptide drugs binds to a different place on the receptor, with each having distinct ways of activating GLP-1R compared to the current peptide drugs. 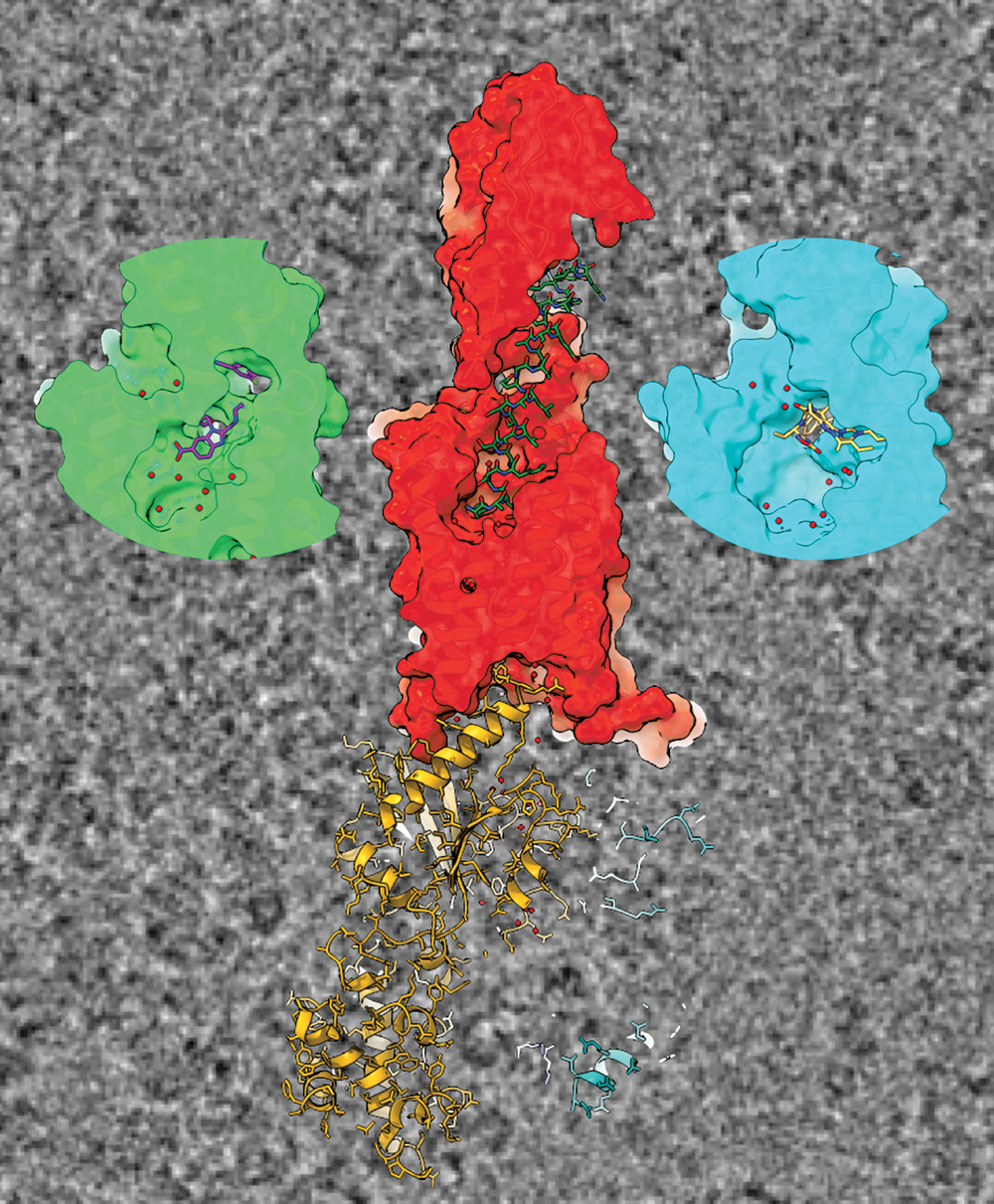 Cross sections of cryo-TEM-derived structures of GLP-1R binding to GLP-1 in the centre, and the two drugs on the left and right.

One of these drugs recently demonstrated excellent efficacy in reducing both the blood sugar and weight of type 2 diabetic patients. Unlike the other non-peptide drugs, it could closely mimic the signalling and regulation of the native GLP-1 peptide. High-resolution cryo-EM revealed unprecedented structural detail of the binding sites within the receptor, providing molecular understanding of how the drugs work.

Their discoveries pave the way to unpicking how the different drugs activate different subsets of the many signalling pathways controlled by GLP-1R. This will lead to new knowledge that can be directed to improving oral diabetes drugs to give greater efficacy, potency and tolerability.

Cross sections of cryo-TEM-derived structures of GLP-1R binding to GLP-1 in the centre, and the two drugs on the left and right.