A team of researchers have developed a carbon based neural implant for predicting seizures that can be ‘injected’ into the brain. Australian MedTech company Carbon Cybernetics has been formed to commercialise the technology.

3-4% of Australians develop epilepsy at some point in their lives. It is a debilitating condition where unpredictable seizures can cause significant physical harm, costing Australia an estimated $12 billion dollars annually. However, it’s not just the seizures that are a problem. Their unpredictability takes a psychological and social toll, with epilepsy sufferers more likely to experience anxiety, depression and sleep disorders.

A way to reliably predict seizures would help to both increase patient safety and independence and reduce the psychological burden associated with not knowing when a seizure may strike.

Current seizure prediction techniques require a craniotomy window to be created. This is a high risk and invasive procedure that removes part of the skull to expose the brain. Also, the materials used can potentially cause damage to the brain tissue.

A multi-disciplinary collaboration lead by Profs Steven Prawer and David Garrett (University of Melbourne and RMIT), and Matias Maturana have developed a carbon based 1 x 1 mm neural implant that can be inserted or ‘injected’ into the brain through a small hole, doing away with the need for a craniotomy window.

The implant has 32 diamond-coated, carbon-fibre electrodes, each smaller than a neuron. The tiny scale of these electrodes allows the device to record neural activity and interactions at the individual neuron level. This activity can be used to predict epileptic seizures, or the onset of other neurological events.

The carbon-based materials used to create the implant are biocompatible, low-density, and corrosion-resistant, making the implant less likely to damage a patient’s brain tissue as it remains implanted over their lifetime. The team aim to show that this array can record from the brain indefinitely, without loosing signal quality.

Scanning electron microscopy at our linked laboratory, the RMIT Microscopy and Microanalysis Facility, was used extensively in the development of the device. 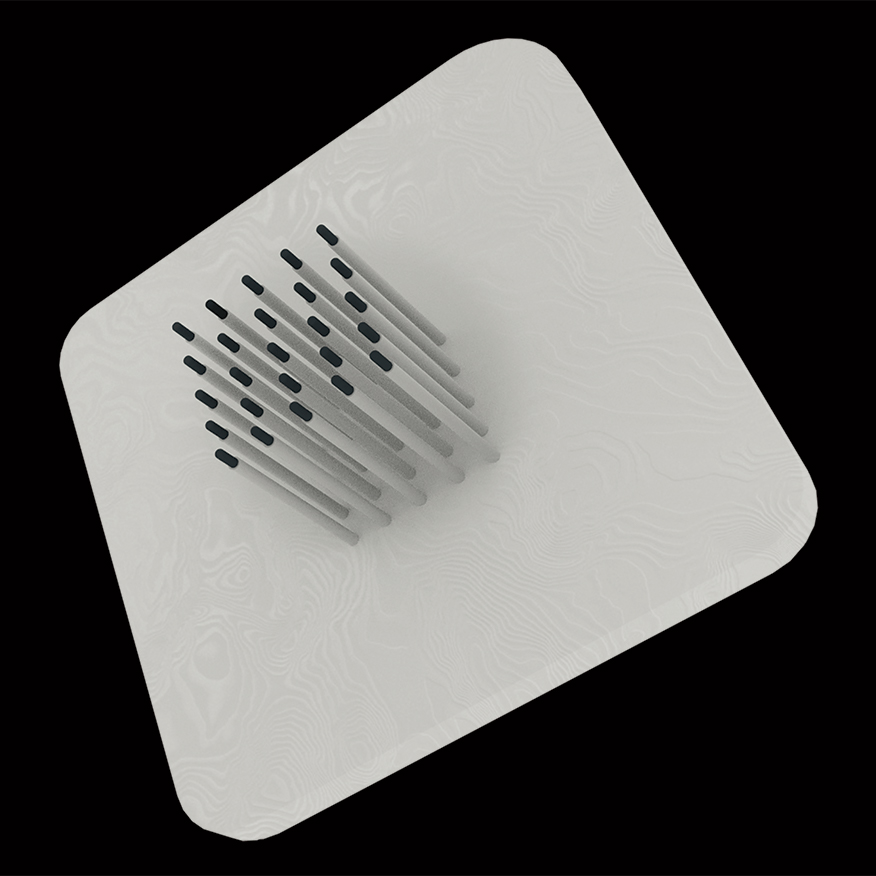 Carbon Cybernetics was founded in 2018 to commercialise this innovative technology. They have produced a proof-of-concept device, with a higher density of recording electrodes than anything currently available on the market. With funding from the BioMedTech Horizon’s grant, Carbon Cybernetics are now set to test the feasibility of their device as a permanent brain implant and is planning to begin human trials in 2023.

This device will hopefully offer patients suffering from neurological disease the ability to forecast seizures and other neurological events. This has many potential impacts: