We are pleased to announce the winners of the Microscopy Australia micrograph competition at ICONN2020 which recognises and encourages excellence in microscopy.

We had an exciting range of microscopic images summitted from a diverse array of research projects. The images were judged by a panel of experts from microscope vendors who had insight into the process and difficulty of capturing the images using various techniques. We would like to thank them for their independence and expertise.

The first prize went to Prof. Yuan Chen from the University of Sydney for his SEM image of electrospun polymer fibres taken as part of his research into batteries for flexible electronics. Read more about his research. 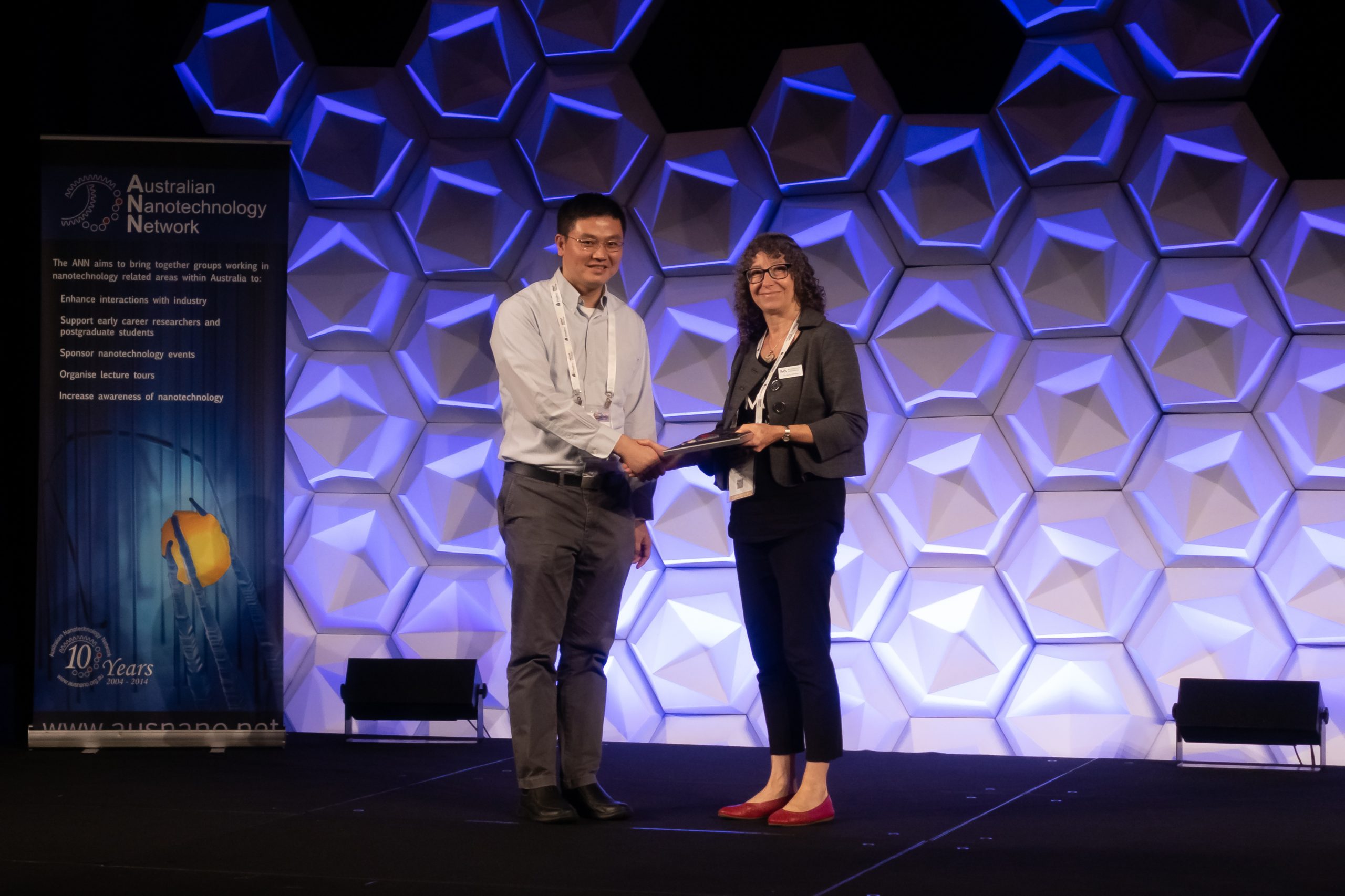 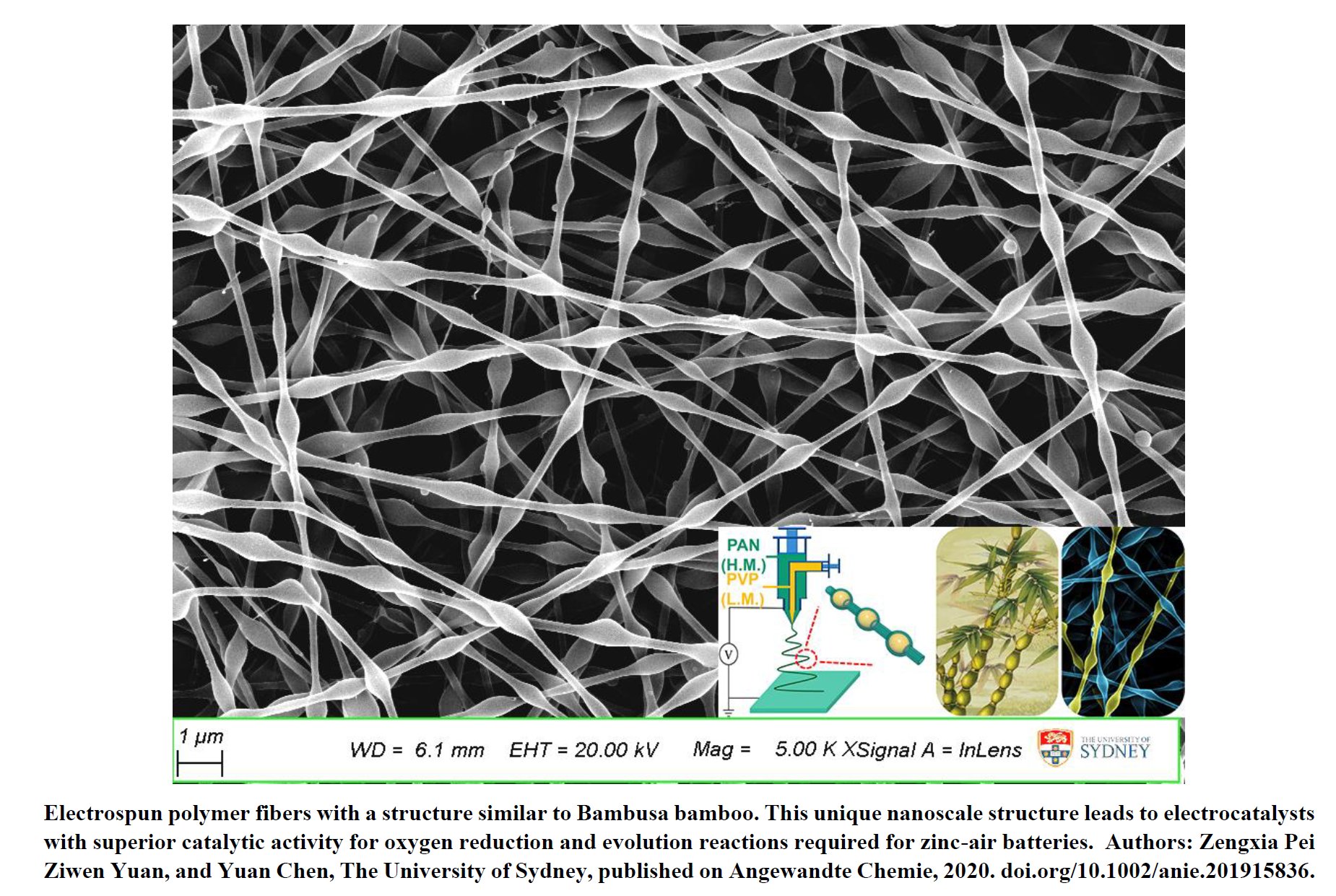 The second prize went to Vladislav Khayrudinov from Aalto University, Finland, for his SEM image of heterostructured nanowire trees grown on black silicon. The nanowires are used for creating more cost-efficient optoelectronic devices. These can be used in applications such as solar cells, LEDs, lasers and photodetectors. Read more about his research. 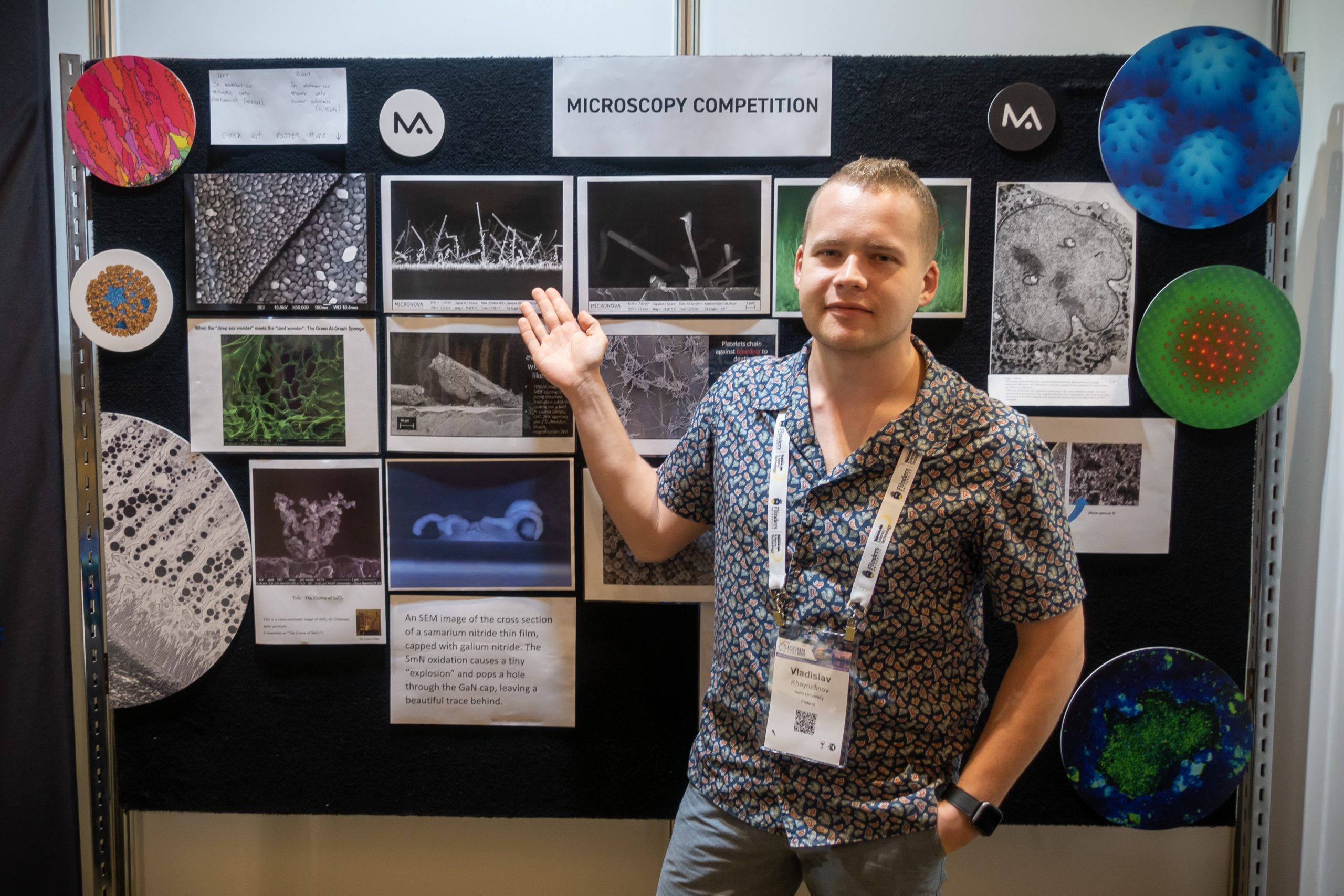 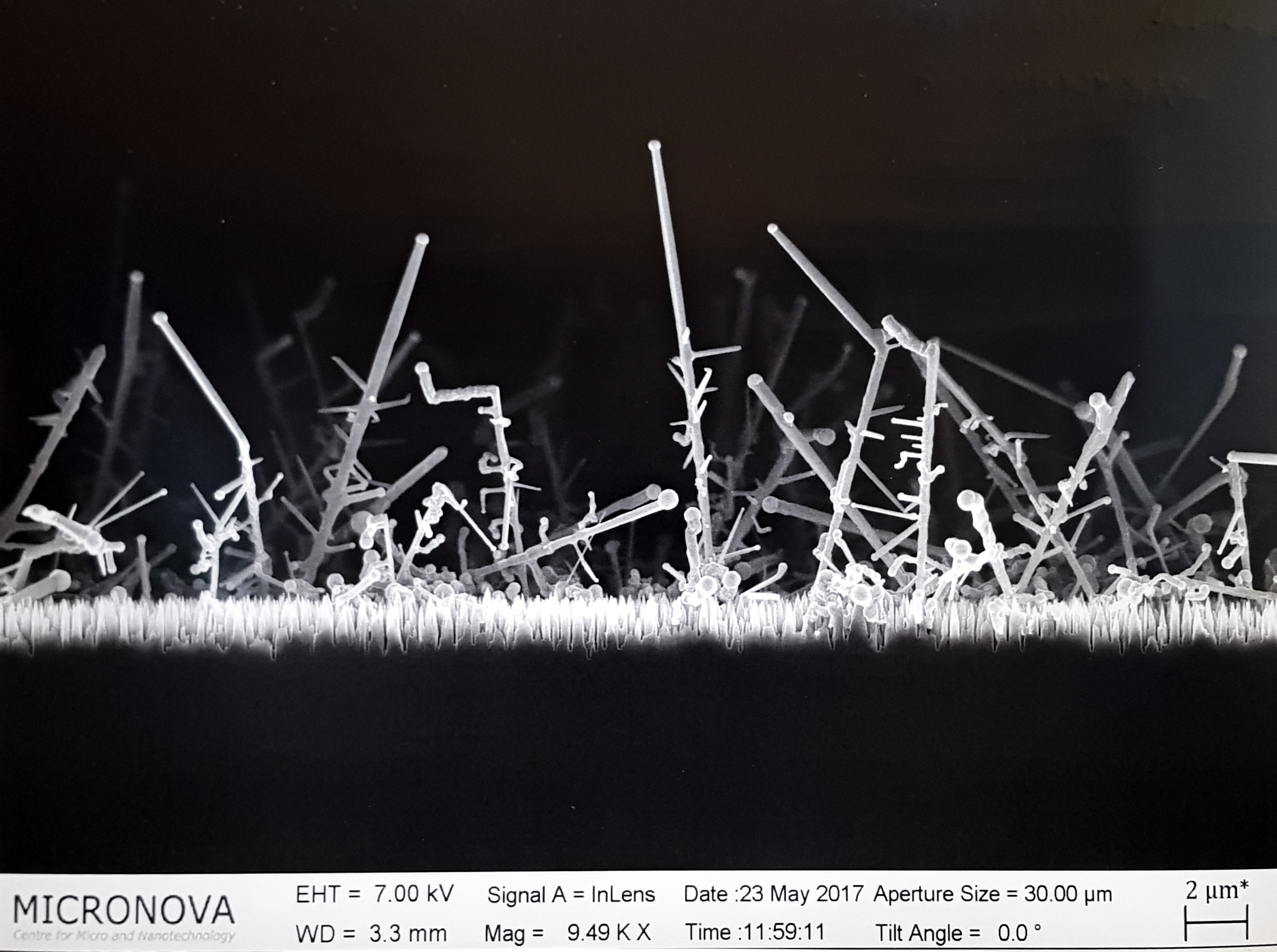 We would like to thank all the researchers who entered for making the judges work so hard.