Chemical engineers at UNSW Sydney and University of Sydney have found a way to make ‘green’ ammonia from air, water and renewable electricity that does not require the high temperatures, high pressure and huge infrastructure currently needed to produce this essential compound.

Ammonia is the second most-produced chemical globally, and its use in fertilizer feeds half of the world’s population. However, current production methods are energy intensive, accounting for 1% of global green house gas emissions and consuming 2% of global energy. A new low energy ammonia production method developed at UNSW could revolutionise this critical global industry.

In nature, nitrogen in the air and water is converted into ammonia by bacteria, plants and animals through nitrogen fixation. Current large scale industrial ammonia production uses an artificial nitrogen fixation technique called the Haber–Bosch process, which won a Nobel Prize in 1918. While revolutionary for it’s time, the process is very energy-intensive. To make ammonia viable in a hydrogen economy, a new, less energy intensive process for creating ammonia needs to be developed.

One proposed option for creating ‘green ammonia’ uses renewable energy and electrolysis of water. For this to work, nitrogen needs to be dissolved in water, then electrolysis converts the nitrogen into ammonia. However, nitrogen poses an challenge as it is not very soluble making the process expensive. Nitrite and nitrates, which contain nitrogen and oxygen, on the other hand are highly soluble and are an attractive alternative for ammonia production. The problem is that they are currently produced using ammonia.

Lightning produces nitrite and nitrates when it strikes nitrogen in the air. A team at UNSW Sydney, lead by Prof. Rose Amal, and Drs Ali Jalili and Emma Lovell, saw the potential of replicating this natural phenomena using plasma. Working with colleagues at the University of Sydney they designed a scalable and energy efficient plasma reactor that could generate nitrite and nitrates by discharging plasma into water bubbles. Electrolysis was then used to convert this into ammonia. This new technique massively increases the efficiency of electrolysis for producing ammonia, reducing the energy need per gram of ammonia by over 100-fold. 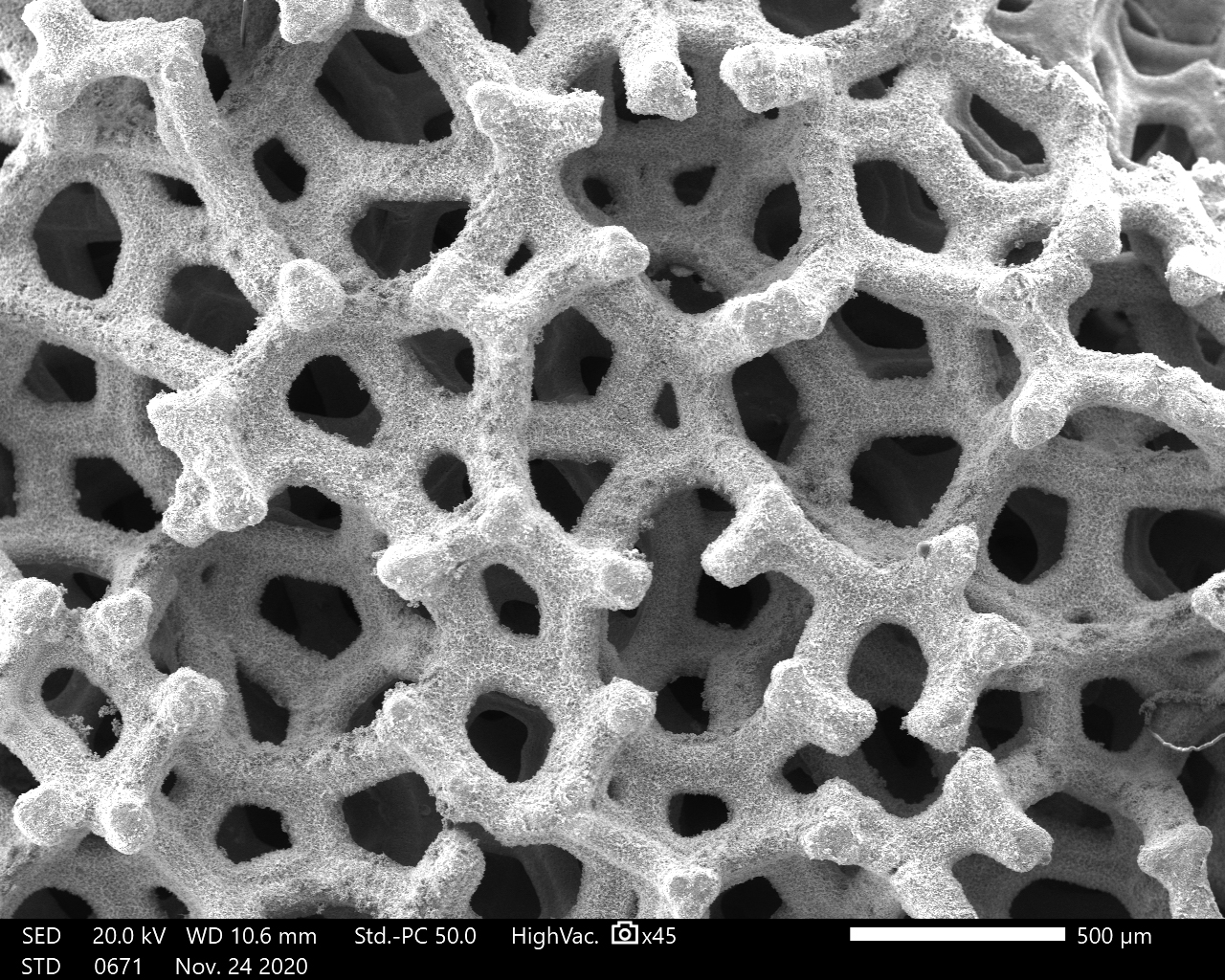 Scanning electron microscope image of copper nanowires growing on underlying copper foam. These were the most efficient structures for converting nitrates and nitrites into ammonia. Imaged by Jing Sun, UNSW Sydney

Prof. Patrick Cullen, who led the University of Sydney team, said “By inducing the plasma discharges inside water bubbles, we have developed a means of overcoming the challenges of energy efficiency and process scaling, moving the technology closer to industrial adoption.”

Because of the scalable nature of this this technology, and no need for feedstock, it can be implemented anywhere ammonia is needed. This overcomes the need to store and transport large quantities of highly explosive ammonia, which could prevent disasters such as the Beirut explosion in 2020 which left 300,000 homeless and at least 204 dead.

In addition to the advantages of being scalable, the team’s ‘green’ method of ammonia production could solve the problem of storage and transport of hydrogen energy.

“Hydrogen is very light, so you need a lot of space to store it, otherwise you have to compress or liquify it. But liquid ammonia actually stores more hydrogen [in a given volume] than liquid hydrogen itself. And so there has been increasing interest in the use of ammonia as a potential energy vector for a carbon-free economy” says Professor Amal.

“We can use electrons from solar farms to make ammonia and then export our sunshine as ammonia rather than hydrogen. And when it gets to countries like Japan and Germany, they can either split the ammonia  and convert it back into hydrogen and nitrogen, or they can use it as a fuel.”

The team will next turn its attention to commercialising this breakthrough, and is seeking to form a spin-out company to take its technology from laboratory-scale into the field.