A fossil’s species and age provide important clues as to how past environments may have looked, and how they have changed. In Australia, some areas do not have enough fossils to build this picture. This prompted a research team including A/Prof. Michael Frese (University of Canberra) and Drs Matthew McCurry and Tara Djokic (Australian Museum) to look for microfossils, such as minuscule pollen, fungi and algae. 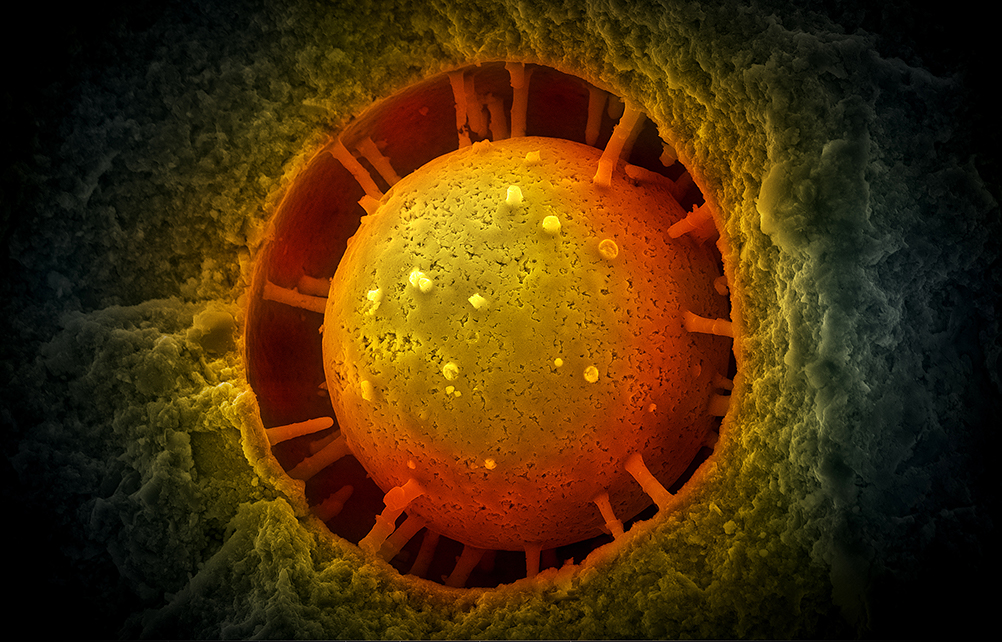 This colour enhanced SEM image shows an ‘acritarch’ microfossil. The fossil was found at McGraths Flat. In the mid-Miocene (about 15 million years ago), McGraths Flat was a small oxbow lake in which organisms were rapidly encased in goethite. This mode of preservation not only produced fossils with exquisite details, it also allows SEM imaging of uncoated samples.

Unlike larger fossils, microfossils cannot be seen with the naked eye. For this reason, electron microscopy is often used to find them. The team is especially interested in fossil deposits that preserve microfossils in the iron oxide mineral goethite. Serendipitously, the high iron content of goethite means that samples are conductive and do not have to be coated for scanning electron microscopy (SEM). The samples, however, could not be polished, as it would damage the delicate microfossils, so instead the researchers prepared carefully split the rocks into pieces with flat surfaces.

Initially, the team started by searching for individual microfossils in a benchtop scanning electron microscope. Even when a larger microscope was used and more microfossils were found, this approach was not systematic enough to give them reliable data on the ratios of different microfossils within the sample. It is these ratios that provide important clues as to which species were dominant in the environment. Instead, they went searching for a method that would allow automated image acquisitions, so they could get data on larger, more representative samples.

They landed on the FEI Quanta 650F Scanning Electron Microscope at the Microscopy Australia ANU facility. Dr Frank Brink, SEM expert, developed specifications to help the team get optimal results. A small objective, in combination with a relatively long working distance of 15 mm, was used to increase the depth of field and accommodate potential irregularities in the unpolished sample surface. In a typical 8-hour session, the microscope captures 3,600 images that, stitched together, yield a 60 x 60 image montage. Capture resolution was set to 6,144 x 4,090 pixels limiting the resolution to around 20 nm per pixel.

This project, started over the COVID-19 period, captured the imagination of a great many people, happy to contribute to this online project. The information gleaned so far has allowed the researchers to date their rock samples to the Middle Miocene, a period in which Australia continued its northward movement as an island continent. The lush rainforests that covered much of the continent in the Eocene contracted as Australia became cooler and drier.

Through the Australian Museum, the team are still seeking public help to search through the thousands of images and identify the ones that contain microfossils, and what those microfossils are. These microfossils will provide the key to documenting the age and environmental conditions at a range of new locations.

Fellow National Collaborative Research Infrastructure Strategy (NCRIS) facility, the Atlas of Living Australia, is hosting this and other citizen science projects using their crowdsourcing tool DigiVol, which was developed in collaboration with the Australian Museum. You can join the project at: https://australian.museum/get-involved/citizen-science/date-a-fossil

This work was funded by a grant from the Australian Museum Foundation and the descendants of Robert Etheridge. 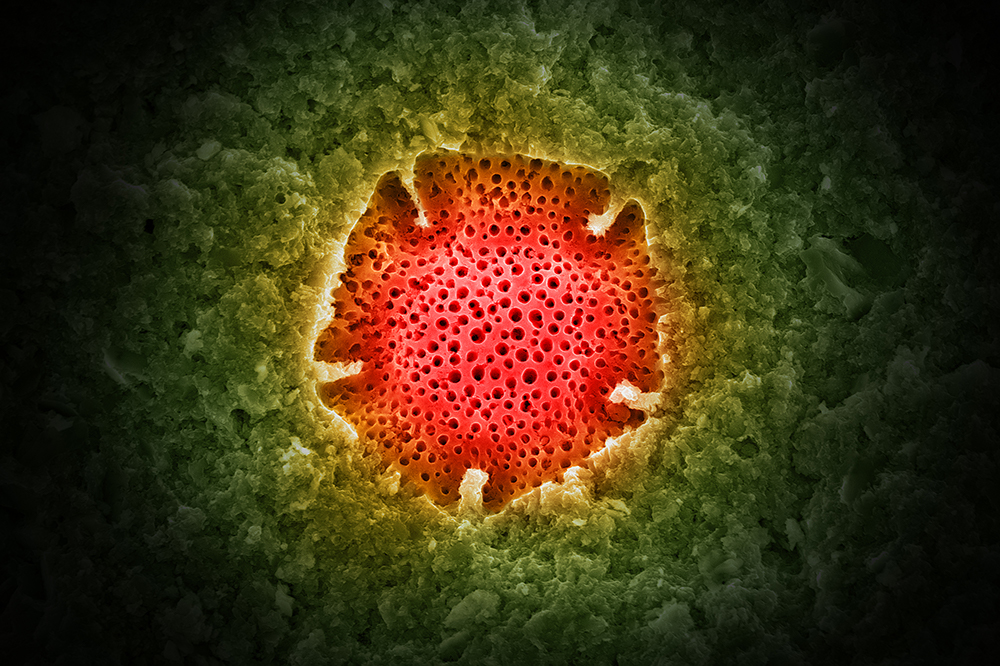