Engineers at Monash University have developed a new solar filtration method to remove deadly bacteria, such as E. coli, from water using a safe and low-cost material: graphitic carbon nitride with polyethylenimine. This builds on previous solar filtration technologies but has one key benefit, it does not leach metals back into the water to create secondary pollution.

The international team, led by Prof. Xiwang Zhang in Monash University, found that adding polyethylenimine to graphitic carbon nitride changes it’s surface charge, making it positive. In contrast, bacterial cells are negatively charged. This allows the material to attract and trap bacterial cells. When exposed to sunlight the material releases reactive oxygen species killing the trapped bacteria. Through this process, under solar light irradiation, the research team was able to remove 99.99 per cent of E. coli from water in 45 minutes, and the same percentage of Enterococcus faecalis within 60 minutes.

Scanning and transmission electron microscopy at our Monash University facilities, the Monash Centre for Electron Microscopy (MCEM) and the Monash Ramaciotti Centre for Cryo-Electron Microscopy, were used to demonstrate this electrostatic adhesion of bacteria to the graphitic carbon nitride along with the morphology of the material. Atomic force microscopy at fellow NCRIS facility, ANFF, was also used to confirm this. 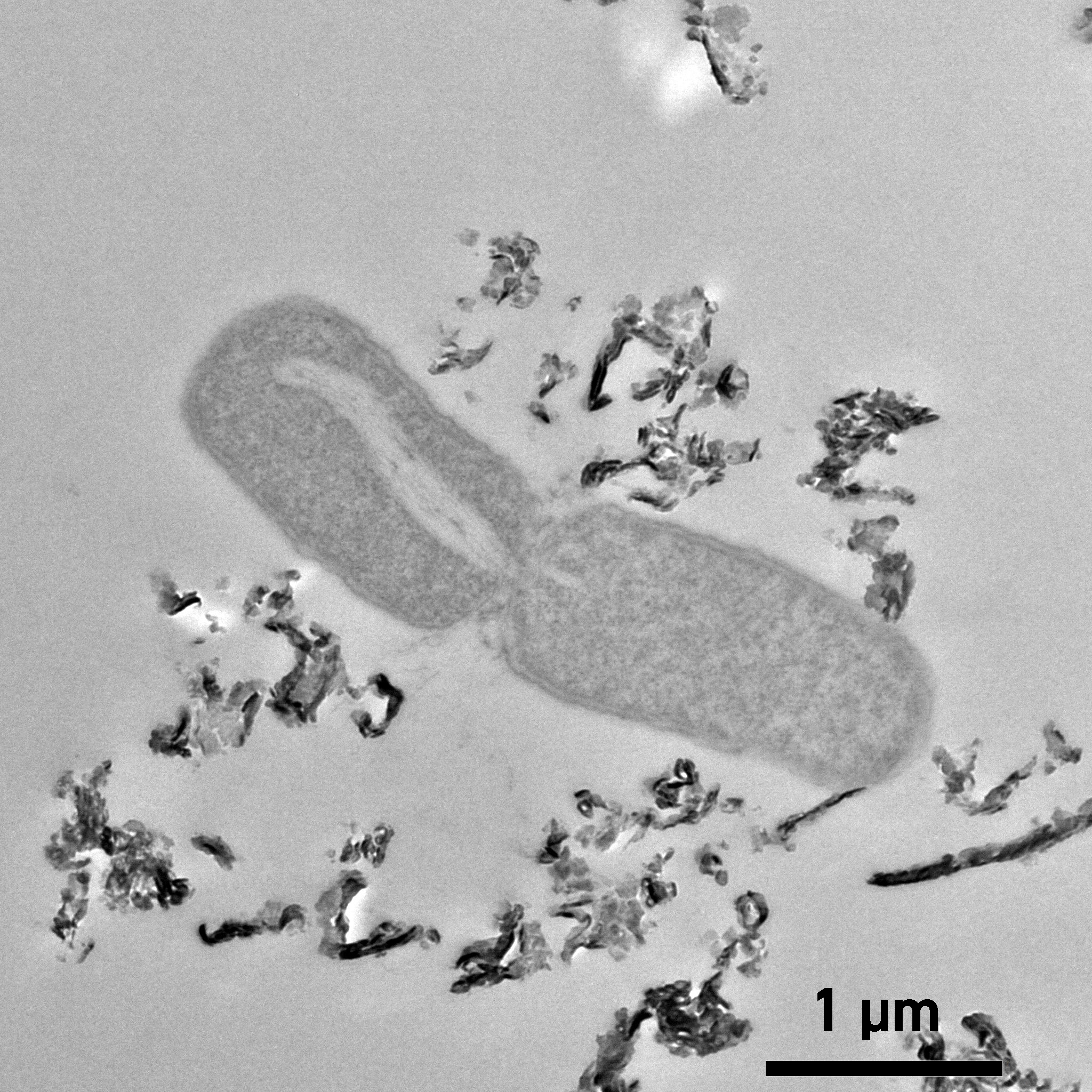 Transmission electron micrograph of E. coli during irradiation with polyethylenimine and carbon nitride

This new method provides two major benefits: it prevents secondary pollution from metals, a key draw back of previous solar filtration methods, and the addition of polyethylenimine increases the killing power of the safer, but less effective, graphitic carbon nitride making it a viable option water treatment.

If upscaled, this method could improve the treatment of large volumes of water. It also has the potential to be integrated into current solar water disinfection technology in countries with limited access to fresh water and unreliable electricity, but without the secondary pollution.

“This polyethylenimine functionalisation process is simple. It can be shared with desperate communities across the world after further research is conducted on the development of photocatalysis devices,” Professor Zhang said.