Searching for minerals requires significant investments of time and capital. This could be minimised by establishing the conditions in which the target minerals are formed underground making for easier identification at the surface. Formation conditions can be inferred substantially from their final composition and crystal structure.

Bastnäsite-synchysite group (BSG) minerals, which are abundant throughout the Olympic Dam deposit in South Australia, and further afield, are able to reveal such information. The BSG comprises mixed-layered compounds formed by rare-earth-element (REE) fluoro carbonates. They incorporate REE- and calcium-rich layers that have various crystal lattice structures and compositions. These minerals have a range of applications in research and industry.

Funded by BHP Olympic Dam, Dr Cristi Ciobanu use Microscopy Australia’s University of Adelaide facility’s instruments and expertise in advanced transmission electron microscopy (TEM) on these samples, prepared by focussed ion beam milling. This allowed for atomic-scale insight into the structure of these minerals. While doing this, a number of other structures were also identified, based on patterns in the stacking of atomic layers. The layers are differentiated as lighter and darker lines of atoms in the high-angle annular dark-field scanning TEM image. 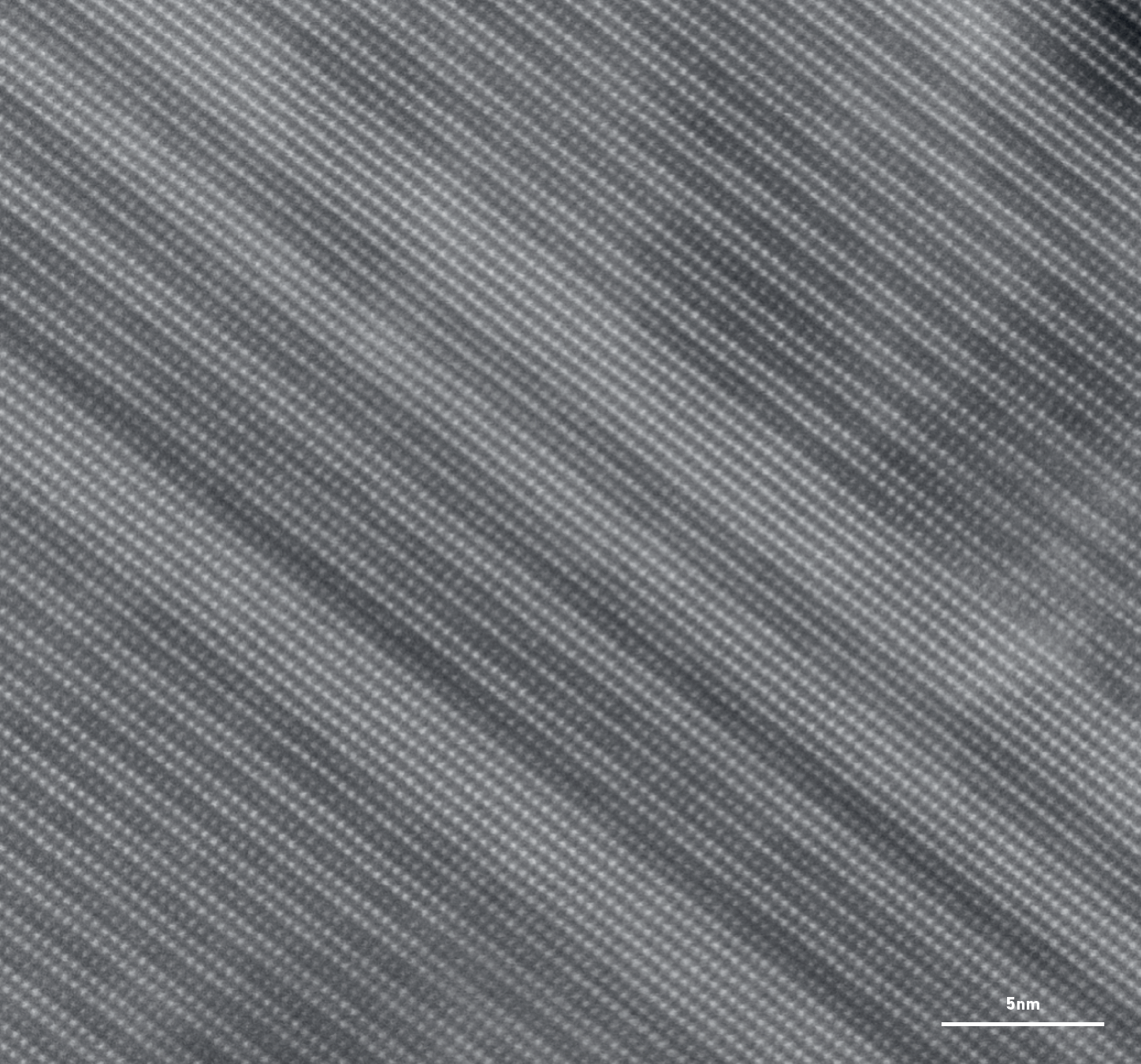 Atomic-scale imaging showed that the composition of minerals from the Olympic Dam site lay between bastnäsite and a mineral called parisite, and included a new BSG structure. All these structures exhibited short-range disorder in their atomic stacking, and indicate that highly unsettled conditions were present during mineral formation. The observations are expected to lead to more accurate searches for otherwise obscure
mineral deposits.