A team of biomedical engineering researchers from the University of Sydney, working with international collaborators, are hoping to improve the outcomes of tendon and ligament repair by developing a new synthetic scaffold for their regeneration.

Australia’s love of sport means it has one of the highest rates of knee anterior cruciate ligament (ACL) injury and reconstruction in the world. Nearly 200,000 ACL reconstructions were performed in Australia between 2000 and 2015. In 2014, the total direct hospital costs of ACL reconstruction surgery in Australia were estimated to be $142 million. Worldwide, the costs of tendon and ligament rupture repair and surgery revision are worth tens of billions of dollars of the clinical orthopaedic market.

Led by Prof. Hala Zreiqat, working with postdoctoral researcher Dr Young No, the researchers are the first to develop and patent novel fibre-reinforced hydrogel scaffolds, a synthetic substance that has the ability to mimic and replace human tendon and ligament tissue.

Scanning electron microscopy (SEM) at our University of Sydney Facility, Sydney Microscopy and Microanalysis, was used to examine the surface, and cross section, of the scaffold. The team also conducted elemental mapping (EDS) on the SEM to visualise how elements like zinc, silicon and carbon, dispersed throughout the scaffold might aid ligament and tendon growth. They found that incorporating bioactive strontium hardystonite (Sr-HT)ceramic particles in the bone end of the artificial tendon could encourage bone attachment. Absence of Sr-HT promoted muscle tissue ingrowth. 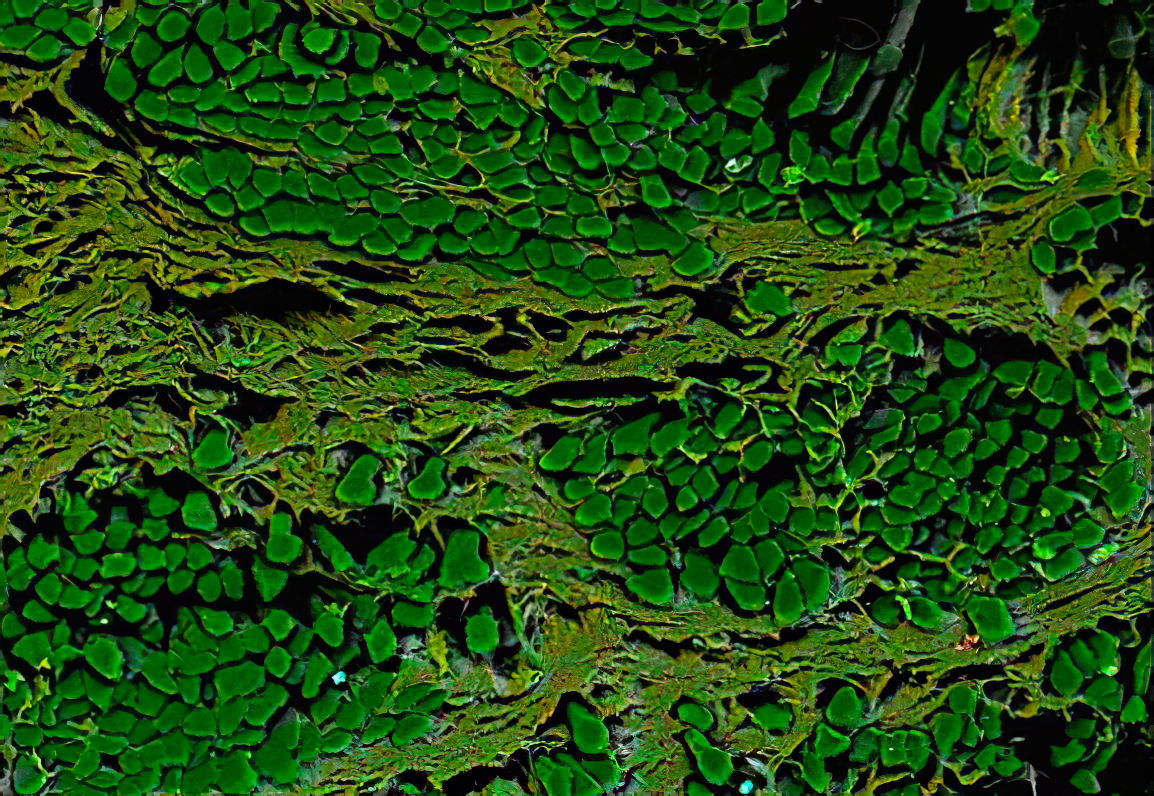 SEM/EDS image of the cross section of a freeze-dried synthetic fibre-reinforced hydrogel. Elemental colour mapping and overlay allows for the distinction between the ‘soft’ porous hydrogel phase (light green) and the ‘hard’ fibre phase (dark green)

“Ruptures to tendons and ligaments mostly occur in accidents and when playing sport. Worldwide and particularly in Australia, there is an immense clinical need for the development of readily available, off-the-shelf, mechanically strong synthetic tendon scaffolds,” said Prof. Zreiqat, from the ARC Centre for Innovative BioEngineering, School of Biomedical Engineering and the Sydney Nano Institute.

“Our technology hopes to fast-track the restoration of tendons’ and ligaments’ mechanical function and support the growth of collagen tissue, without compromising the body’s biological response.”

Tested on patellar tendon models in rats, the synthetic scaffold has been developed with a stress resistance and water volume similar to real tendons and ligaments, allowing for improved in-growth of collagen tissue.

“Until now, synthetic scaffolds have come with a significant risk of implant failure, as well as poor biological tissue integration and abrasion,” she said.

“Human tendons and ligaments are 70 percent water – they are complicated structures that include blood vessels, nerves and lymphatic vessels and perform the task of linking bones to muscle (tendons) and to other bones (ligaments) thus moving the body.

“For synthetic scaffolds to be accepted by the body, their physical and chemical architecture must align with human tendons and ligaments.”

The researchers now hope to investigate the long-term behaviour of these scaffolds in both internal and externalbodily conditions, as well as to observe tissue integration and biomechanics in larger animal models.