Solar cells currently in use belong to two classes. The older mono- and poly-crystalline silicon solar cells, and newer thin film solar cells, generally made from cadmium telluride. The newer thin film cells are significantly cheaper and easier to manufacture than the silicon ones and have the added benefit of being a flexible film. However, they are not as efficient, with the average commercial efficiency plateauing at 16.5%, compared to 24.2% in monocrystalline silicon solar cells. Cadmium is also very toxic, leading to concerns about disposal and long term safety of the thin film technology.

Perovskite solar cells are a next generation thin film technology showing promise at tackling these challenges. A perovskite solar cell is made up of a perovskite structured compound, most commonly a hybrid organic–inorganic lead or tin halide-based material. Like cadmium-telluride thin film, metal-halide perovskites are cheap and easy to manufacture. However, their rapidly increasing efficiency, growing from 3% to over 25% in the last 14 years, makes them much more attractive. Along with this they can be made from non-toxic materials such as tin. However, there is a significant challenge preventing its widespread commercial uptake: light-induced phase segregation.

Light-induced phase segregation occurs when light disrupts the carefully arranged composition of elements within metal-halide perovskites. The deformation reduces the range of wavelengths of light, and hence energy, that can be absorbed, reducing the efficiency of the perovskite solar cells. Because this reduction in efficiency is caused by the very thing needed to power it, sunlight, it has proved very difficult to find a solution.

Now, researchers from the ARC Centre of Excellence in Exciton Science have demonstrated that phase segregation can be reversed using high-intensity light. The results have been published in the journal Nature Materials. 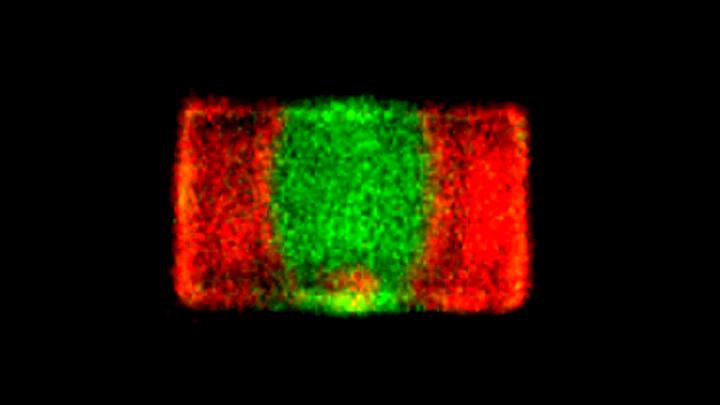 The team, lead by Drs Wenxin Mao and Chris Hall, found that if you increase light intensity the deformations caused by the phase segregation started to merge together, causing them to disappear. “On a normal sunny day, the intensity is so low that these deformations are still localised. But if you find a way to increase the excitation above a certain threshold, for example by using a solar concentrator, then segregation disappears” said Dr Bernardi, who performed computational modelling for the study.

To test their findings the team fabricated miniature halide perovskite solar cells. The dimensions and elemental make up of the cells were measured using scanning electron microscopy at our Monash University facility, the Monash Centre for Electron Microscopy. They then used a low and a high intensity laser to demonstrate that they could both create and erase deformations due to phase segregation. 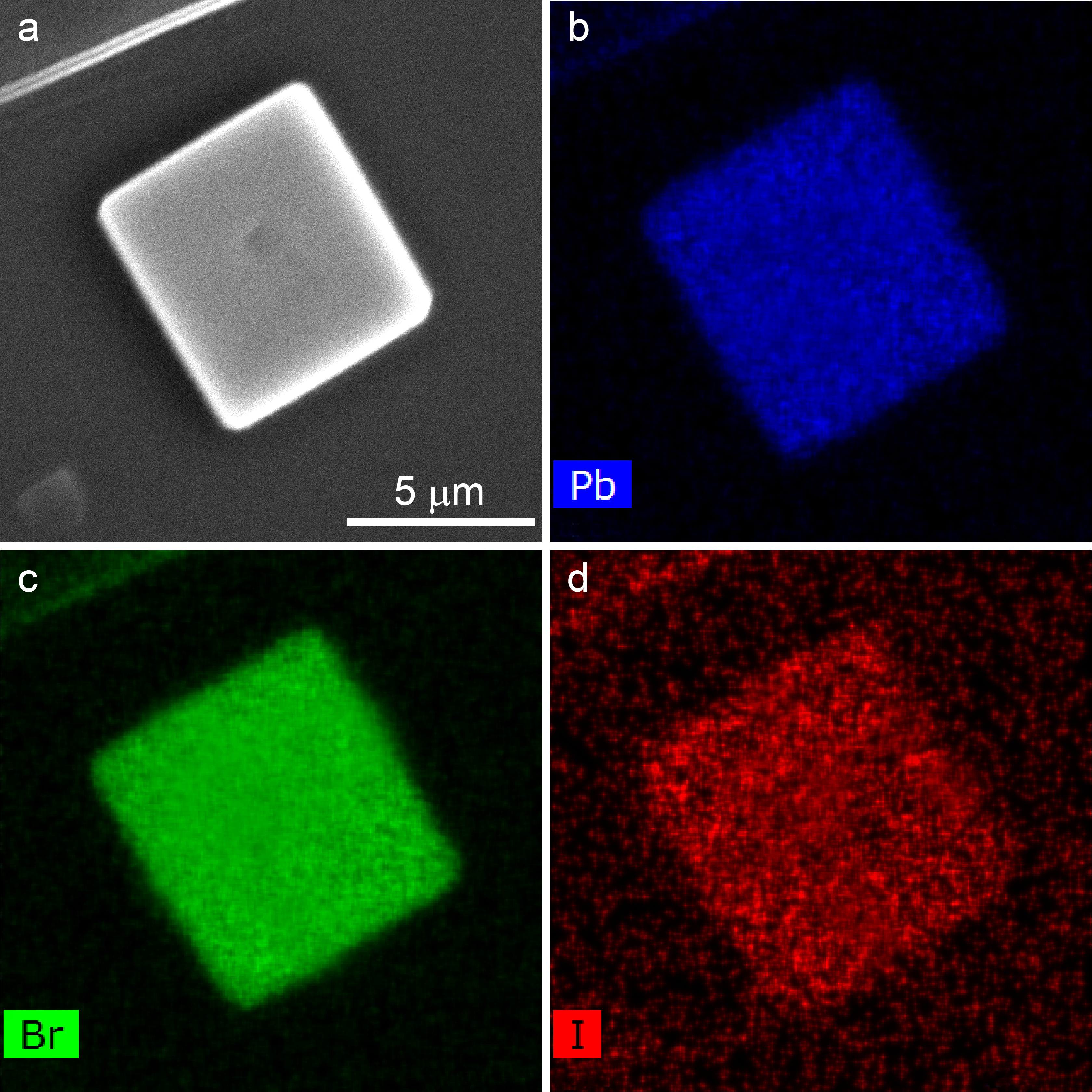 Scanning electron microscope image with elemental analysis of the perovskite microplatelet that was used to demonstrate the induction and reversal of phase segregation.

The implications of the findings are significant, with researchers now able to retain the optimal composition of elements within mixed-halide perovskites when they are exposed to light, necessary for its use in solar cells. “A lot of people have approached this problem by investigating ways of suppressing light-induced disorder, such as looking at different compositions of the material or changing the dimensions of the material,” Dr Hall said. “What we’ve shown is that you can actually use the material in the state that you want to use it, for a solar cell – all you need to do is focus more light onto it,” Monash University researcher and lead author Dr Wenxin Mao said.

He went on to say that the ability to rapidly change the wavelengths absorbed also creates potential for the use of perovskites in data storage. Dr Hall added: “We’ve done the fundamental work and the next step is to put it into a device.”